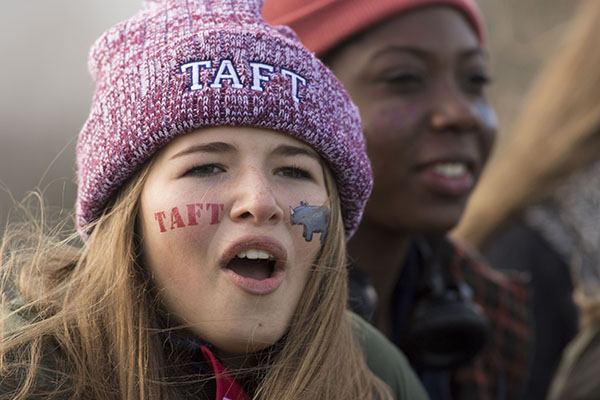 At some point in the 1970s, Tafties began referring to school teams as “Big Red.” As time passed and peer schools began adopting more traditional mascots, Tafties became restless. They were, says Head of School Willy MacMullen’78, “looking for the Big Red what?”

School monitors decided that polling Tafties was the best way to choose a Big Red mascot. And though no one saw the poll as particularly serious, students responded. The Big Red Bloodworms turned up on the poll, but so did the Big Red Rhinos, suggested as a joke, some believe, and as a reference, says MacMullen to “a funny, spirited, and well-loved” soccer player; his nickname was “Rhino.”

The poll results were announced in a Morning Meeting, where the winning mascot would be chosen by applause. Students went wild with cheering, chanting, and clapping when “Big Red Rhinos” was announced. Though not an instant hit, rhinos soon began appearing all over campus. It was unique, and uniquely Taft.

“The fact that it began as a joke and became ingrained spoke to how perfect it was,” MacMullen notes. “It became the Taft Rhino not by some conscious design, but by stories and rituals passed down. It became part of the cultural fabric of the school and took on a life of its own.”

The rhino suit made its debut in 1990 at the school’s Centennial symposium, a sign that the Big Red Rhino had been officially adopted as the Taft School mascot. 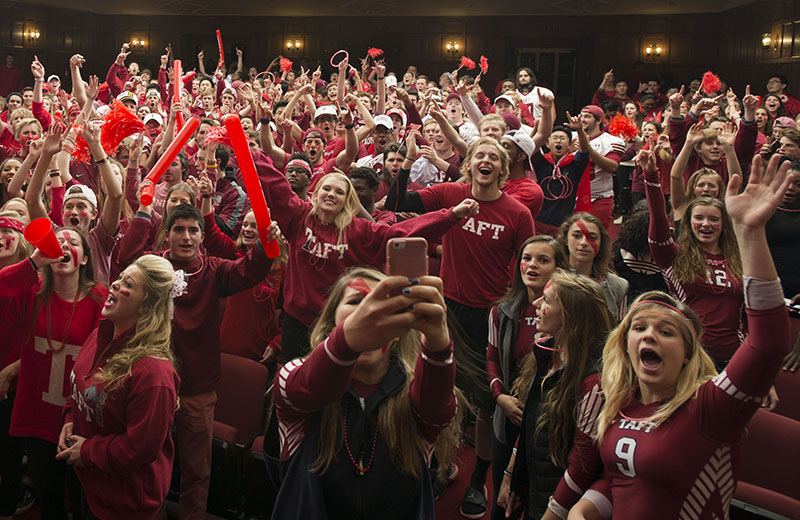 On the occasion of the school’s 50th Anniversary in 1940, the Taft Papyrus published an article quoting Stuart Hotchkiss from the Class of 1896. Of the first 10 students to graduate from Taft, said Hotchkiss, nine were headed to Yale and one to Harvard. It seemed fitting, then, that Taft should adopt Yale blue as its school color. Harvard red was added out of deference to the lone Harvard prospect. Both colors were used almost equally until the 1970s, when, in the absence of a mascot, school teams were referred to as “Big Red.”