Menu
A Climate of Change

Amy Lynd Luers ’84 is not one to wilt from a challenge—even as the planet warms.

When Latin American villagers needed help getting access to clean water, she answered the call. She co-founded an NGO called Agua Para La Vida to help build potable water systems in the region.

When Google wanted to explore how it could help with environmental issues, Luers again answered the call. She co-initiated the effort, a project to use Google’s technology for monitoring of the environment and deforestation, which led to the creation of Google Earth Engine.

So, when the Obama administration came calling on Luers to join the Office of Science and Technology Policy as a climate change expert, it only seemed logical that she would jump at the offer, right? Not so fast. Uprooting her family from their Bay Area home gave Luers, who is married with a son, pause.

“Someone asked, ‘Would you be interested?’” Luers says. “I said, ‘No, because I’m not moving the family to D.C.’ My husband said, ‘That’s ridiculous. Of course, you should do it.’” Several months later, Luers finally did answer that call, signing on to be the assistant director for climate resilience and information, a position she held for the final 19 months of Barack Obama’s presidency. 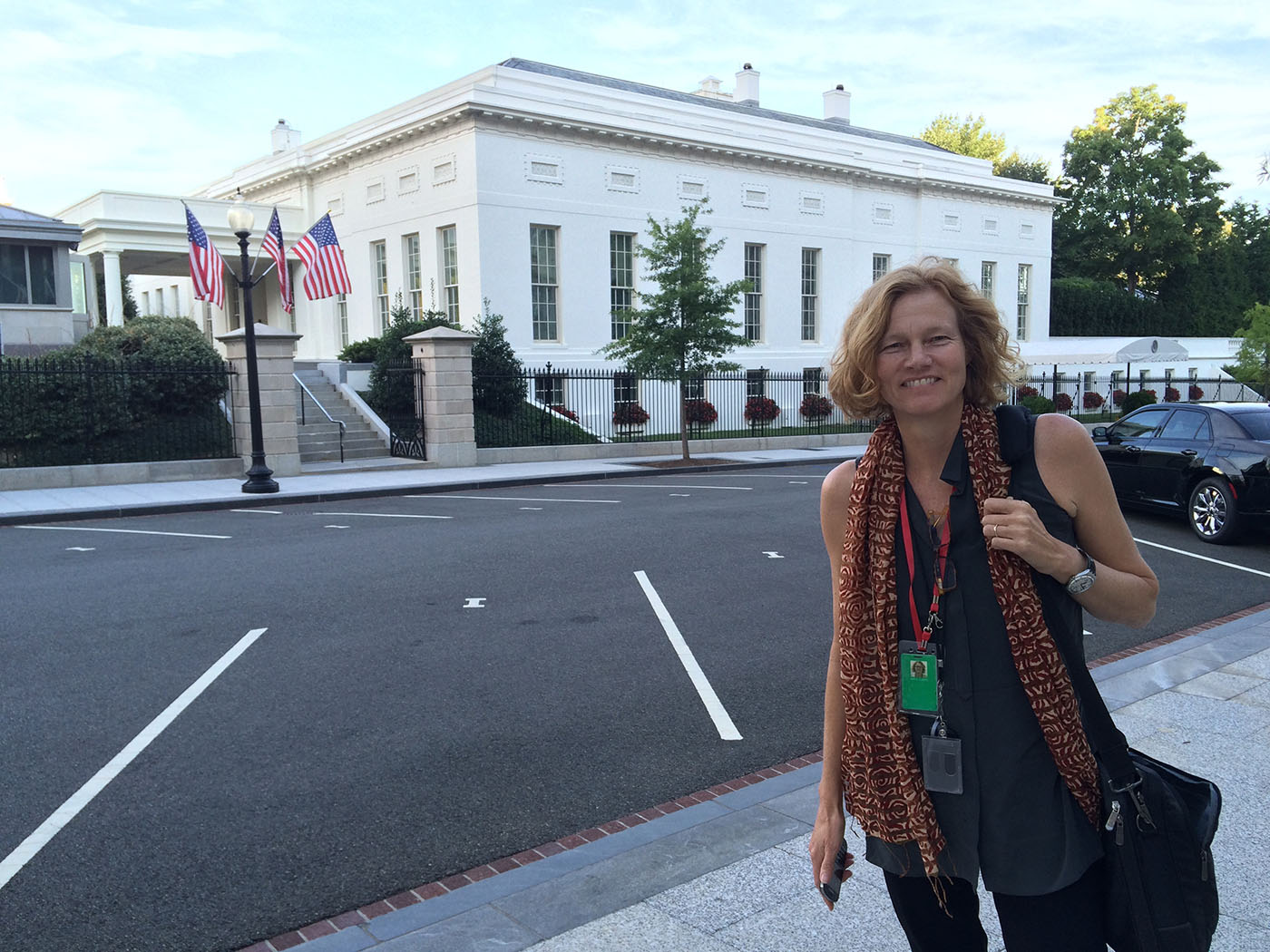 Perhaps now more than ever, Luers and her scientific peers face the toughest gauntlet in the great climate change debate. It’s not rising ocean temperatures or melting polar ice caps. It’s not super storms or smog. It’s political climate change—and a pivot by the Trump administration on the very environmental policies espoused by Obama.

That shift started with Trump’s appointment of global warming skeptic Scott Pruitt to lead the Environmental Protection Agency, which is trying to unwind Obama-era clean-air standards for power plants and cars.

“It’s obviously a really tough time in the context of the leaders that President Trump has brought in to lead the different areas and agencies of relevance,” says Luers, who returned to California this year to a senior leadership post at the Skoll Global Threats Fund.

The San Francisco-based foundation was created by Jeff Skoll, the first president of the online auction giant eBay and a philanthropist. Luers is director of climate change at the grant-making organization, whose mission is to “confront global threats by seeking solutions, strengthening alliances, and spurring actions to safeguard the future.”

Even more dramatic of a departure was Trump’s recent decision to withdraw the U.S. from the Paris climate accord.

“I think it will be a hard thing for the secretary of defense and the secretary of the state to engage in the world if we pull out of that,” Luers says. “This is an area that we need to continue to lead on.”

Trump’s EPA head has come under heavy fire for saying he does not believe carbon dioxide emissions are a primary contributor to global warming. Luers shares her thoughts.

“I really believe you’re not going to convince someone of something unlessthey’re open and willing to be convinced,” Luers says. “I do think there are folks that do think this is a very important issue for their kids, for the economy, and for our leadership in the world.”

She traces the origins of her life’s calling to Taft and to Middlebury College, where she gained an affinity for science and the outdoors.

“At Taft, I remember I took AP Physics,” Luers said. “Certainly, I remember there hadn’t been many girls that had taken the AP Physics exam for years.”

After graduating from Middlebury, Luers moved to California, where she worked in the theater. When she saw a Science for Society magazine in a Berkeley, California, bookstore, it spoke directly to her passion for science as a means to help society. She went and knocked on the door of its nearest office to learn more about the organization and wound up meeting the colleagues with whom she started Agua Para La Vida.

She has recently been named the new executive director of Future Earth, a 10-year initiative to advance global sustainability science, and will start at the organization in September.