Risdon Prison in Risdon Vale, Tasmania, can be a grim place. It houses men and women who have committed all sorts of crimes and, until recently, was cited for an outdated design that penned prisoners in cells that did nothing to help an inmate’s mental health. 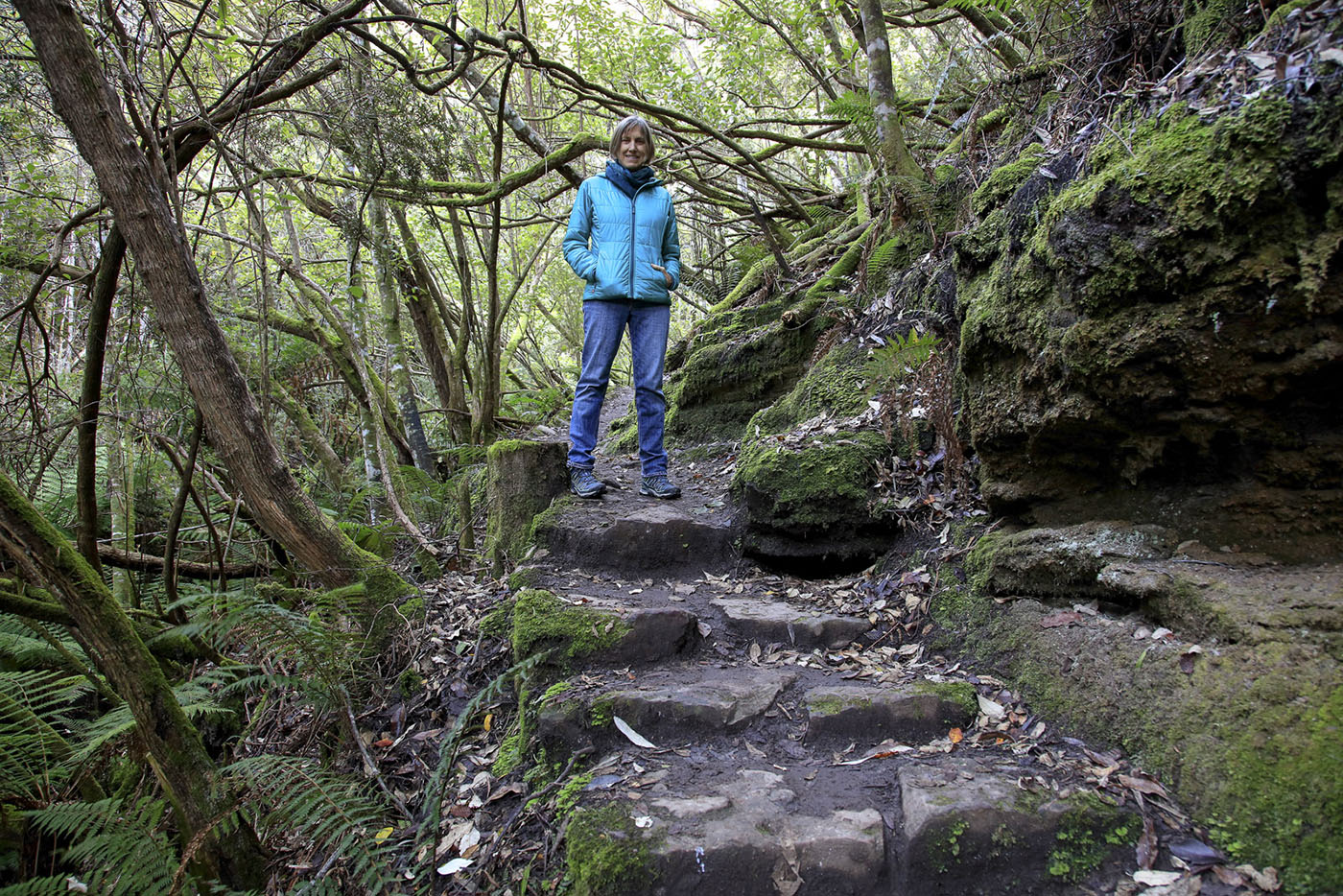 A trained naturopath, yoga instructor, and counselor, Hass works as a high-needs support counselor at Risdon, and her role is to focus on inmates with mental health issues and other disabilities—people who have brain injuries from long-term drug use or trauma or who have other mental health issues.

“I would say that at least 50 percent of the inmates at Risdon have some kind of mental health condition, so that’s a lot of people to see,” Hass says. “I recognize that most of the people who are incarcerated have a history of either witnessing or experiencing some form of trauma, usually during childhood. Besides causing distress and offending behavior, that can also lead to substance abuse and the potential for suicide and self-harm. So a big part of our role is to help make sure that prisoners who are at risk of self-harm are stabilized and coping while in prison.”

A typical day starts with an early morning meditation class for inmates with complex needs, followed by anger management classes or a nonviolent communication class, and then she sees inmates for one-on-one counseling. Hass also oversees groups that help inmates with writing, fitness, and even basic spelling. Paperwork takes up the rest of her days.

Caring for herself is key to being able to reconcile her peaceful work and the challenge of her work counseling inmates at the prison.

“I don’t know how peaceful I really am,” she admits. “You should see me in a traffic jam, even after 35 years of daily meditation practice. But I think what it takes is remembering who I am, my own history of struggles, and my own ability to move through adversity. So I bring some of that, and I bring the calmness I get from daily yoga and meditation practice.”

Hass also tries to walk outside every day, and on the weekends she hikes in the Tasmanian bush, communing with the wild and wonderful natural beauty.

“Basically, I like people and being around challenging situations, so I actually feel pretty motivated, and I guess I bring that to my work,” she adds.

This summer, Hass is returning to the United States to catch up with her family, but she plans to return to Australia, and potentially her work at the prison. Meanwhile, she’ll focus on her naturopathic practice. Naturopathy is one of the oldest forms of medicine on earth. It originated in India, in the form of Ayurveda, though the Greeks also used naturopathy for healing. Naturopathy focuses on treating the whole person, rather than focusing on just treatment of the diseased part of the body. As Hass notes, the “father” of medicine, Hippocrates, often prescribed fresh air, sunshine, a healthy diet, rest, and herbal medicine as primary treatments for disease.

Hass says naturopathy involves assessment and treatment of illness in a non-invasive way. Her treatments include dietary advice, the use of supplements, and herbal medicines.

Yoga, too, plays an integral role in Hass’s life, and it’s a practice she began at Taft under the tutelage of dance instructor Janet Mariani, who incorporated sun salutations and other yoga poses as part of her warm-ups in dance classes.

“During my senior year at Wesleyan, I took a yoga and meditation class as an extracurricular subject, and have been doing them both ever since,” Hass says.

She traveled to India and studied yoga, and taught yoga classes while in graduate school at New York University. Since then, she’s taught yoga all over the world, from the Philippines to Central America to Russia to Uganda, landing back in Australia, where she’s lived since 1993, and settling into work at the notorious Risdon Prison.

While she takes a well-earned break, Hass will continue her efforts to live a peaceful life. “Yoga and meditation every morning without fail,” she says. “Keeping fit and enjoying what I do.”