Menu
A Passionate Voice for Justice

“MY HEROES HAVE A FEW THINGS in common,” Joyce Poole ’74 told National Geographic. “They stand up for what they believe in, without fear of what others might think or say, and they are passionate voices for justice, for the environment, and for those who cannot speak for themselves.” 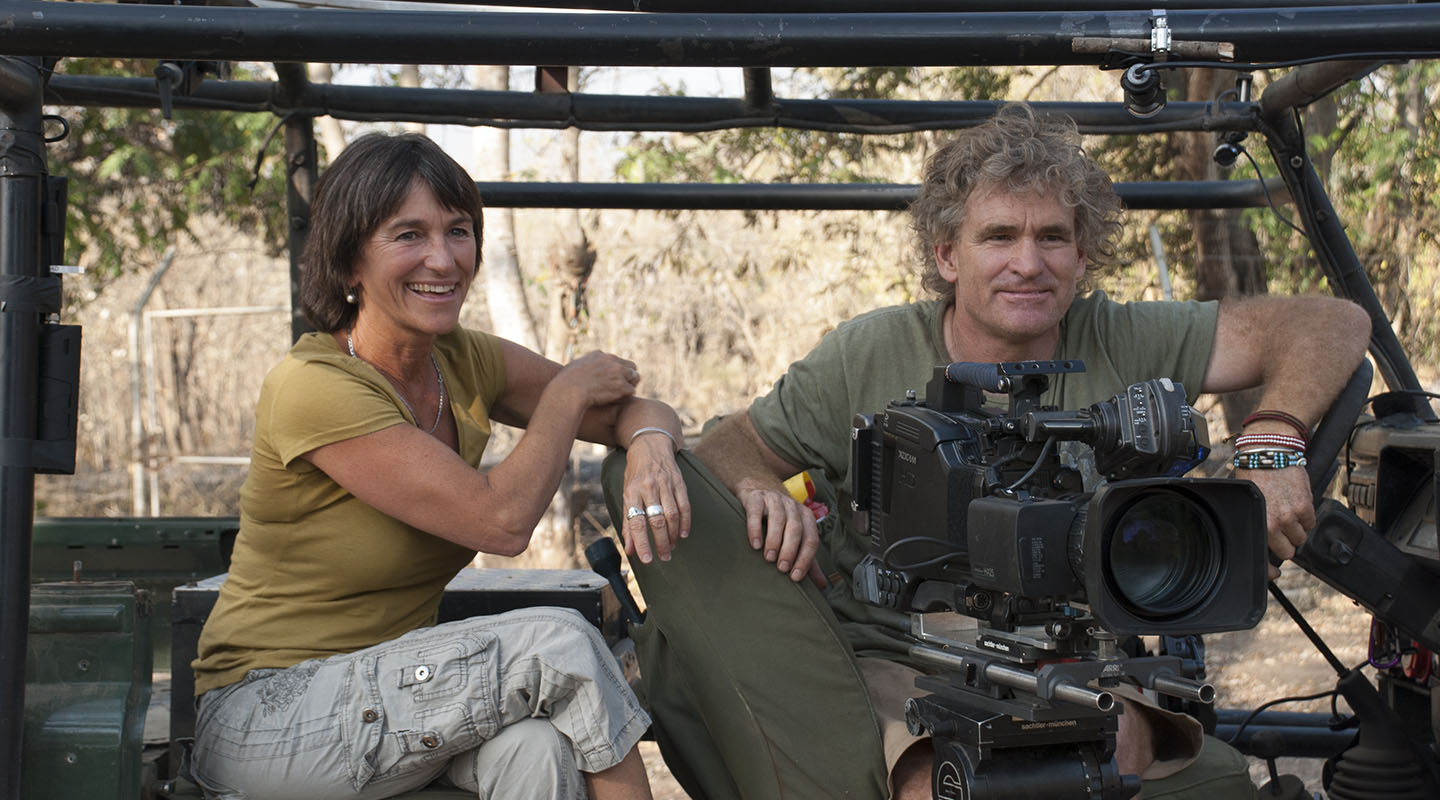 By her own definition, Dr. Joyce Poole is a hero. For more than 40 years, she has been a passionate voice—a protector and defender—of elephants, dedicating her life to their conservation and welfare. Poole is one of the world’s foremost authorities on elephants. Her work has advanced a broader global understanding of elephant social behavior and communication, and has led to the adoption of more humane elephant management practices, including the banning of performing animals in circuses in several countries, and an end to the use of elephants in Ringling Brothers shows. Poole’s critical finding that ivory poaching destroys the social fabric of elephant society was instrumental to the enactment of the international ban on the ivory trade in 1989. Her ongoing research has documented that elephants use over 200 different calls and gestures to communicate with one another and are capable of vocal imitation.

“Joyce’s passion for elephants specifically and conservation generally makes her not just one of Taft’s great treasures, but indeed the globe’s,” notes Taft Head of School Willy MacMullen ’78. “Her leadership, perseverance, and commitment put her in the tradition of the great conservation leaders we have known, and I am so proud of what she has done—and how she has embodied our school motto in a singular and inspiring way.”

Poole’s dedication to the environment, her service to the global community, and her passionate voice for justice will be celebrated in May, when she is honored with Taft’s highest alumni award, the Horace Dutton Taft Alumni Medal. 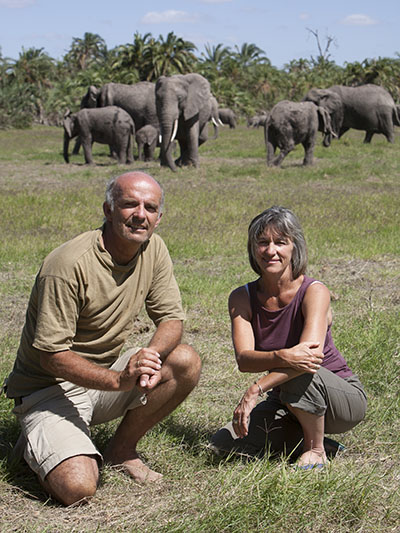 “Joyce is an outstanding recipient of the Horace Dutton Taft Alumni Medal,” says Holcombe T. Green III ’87, trustee and chair of the Horace Dutton Taft Alumni Medal Committee. “Few individuals, let alone Tafties, have had a more significant impact on the conservation movement. Joyce has lived a life dedicated to the pursuit of scientific knowledge and the protection of our natural resources—and especially of the majestic African elephant. Her work provides a perfect example of the ideal embodied in our school’s motto.”

Born in Germany, Poole spent the first six years of her life at Taft, where her father, Robert Poole '50,  taught history and coached football and baseball. She spent the rest of her childhood in Africa, enjoying school holidays on safari, sleeping in a tent in the national parks, and observing the behavior of animals around her. In 1966, at the age of 11, she attended a lecture by Jane Goodall at the National Museums of Kenya.

“After the lecture I told my mother that I wanted to study animal behavior when I grew up,” Poole says.

In 1975, after her first year of college, Poole’s father accepted a job as head of African operations for the African Wildlife Foundation in Nairobi, Kenya. She took a year off from college and returned to Kenya where, at the age of 19, she began her life’s work in Amboseli National Park studying under a mentor, Cynthia Moss.

“It was a dream come true,” notes Poole. “Early on I discovered that African elephants come into musth—a period of heightened sexual and aggressive behavior. I published my first paper on the topic at the age 25 in the journal Nature. It was to be the first of many discoveries about these fascinating and intelligent animals, and it whetted my appetite to learn more.”

Poole transferred to Smith College in 1976 and received her B.A. with high honors in 1979, a Ph.D. from Cambridge University in 1982, and carried out postdoctoral research at Princeton University between 1984 and 1987. She was head of the Elephant Program of Kenya Wildlife Service from 1990 to 1994, inspiring a generation of young Kenyans who today hold key elephant conservation positions in the country. She has written numerous articles, scores of scientific publications, and has authored two books, Coming of Age with Elephants and Elephants. Poole has participated in scores of TV documentaries, continuously shining a spotlight on elephants and their interests and working consistently for their better treatment and protection. She is a leading author of The Elephant Charter and has appeared as expert witness on behalf of elephants in legal cases around the world.

In 2002, Poole and her husband, Petter Granli, founded ElephantVoices “to inspire wonder in the intelligence, complexity, and voices of elephants, and to secure a kinder future for them” through research, conservation, advocacy, and the sharing of knowledge. In 2008 ElephantVoices was incorporated as a 501(c)(3) nonprofit. After working in Amboseli for over three decades, in 2011, Poole and Granli founded elephant conservation projects in the Maasai Mara, Kenya, and in Gorongosa, Mozambique. 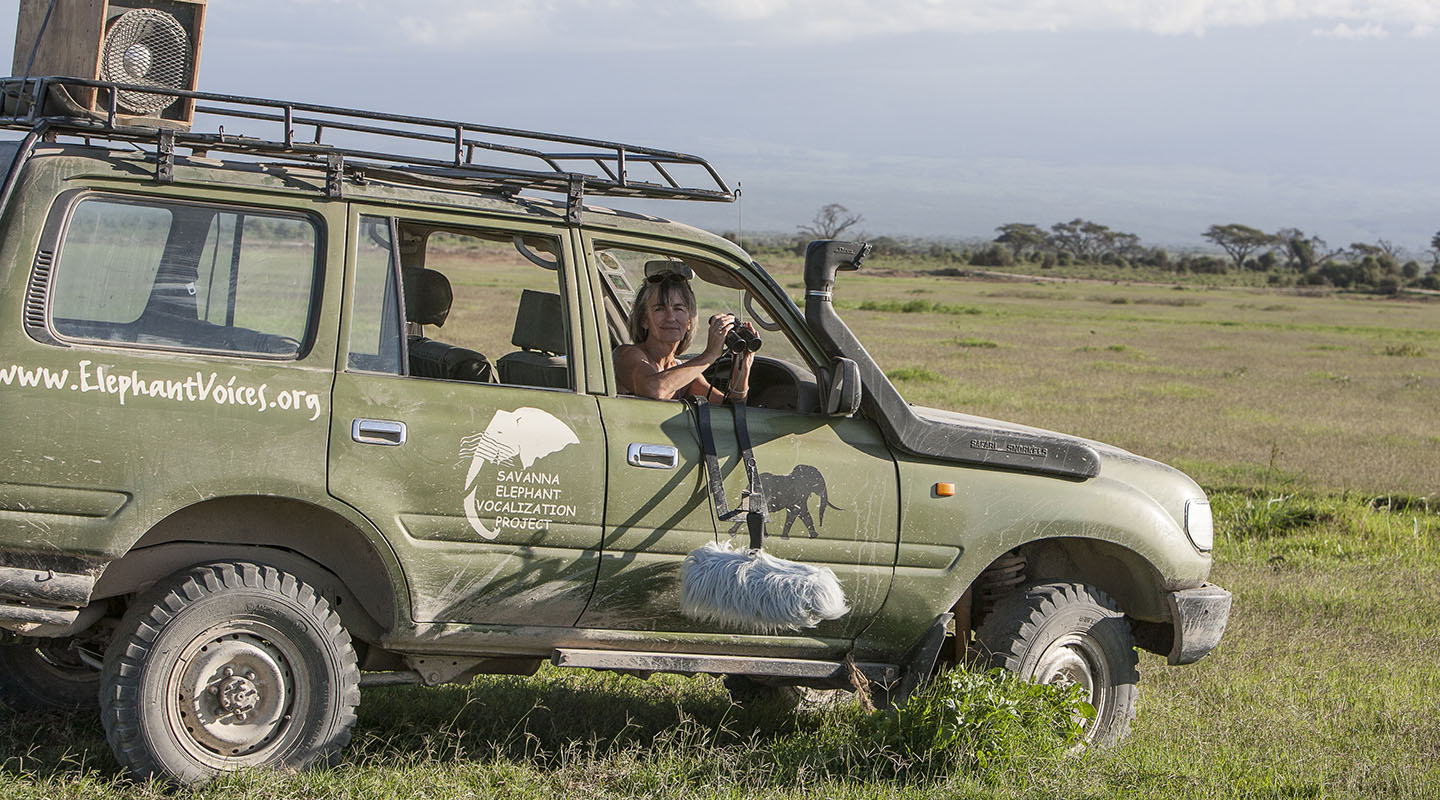 “For me, saving elephants is not just about saving a species from extinction, but about protecting the lives and wellbeing of individuals. If I could, I would ask everyone to consider ways that we can each reduce the impact that our lifestyles are having on others. We need to work hand in hand to find ways to ensure the protection of the other species, other individuals, who also have an inherent right to a place on our planet,” she says.