As a former photographer for National Geographic, Todd Gipstein ’70 traveled the world capturing its beauty. His current project, however, is close to his heart and to his home. President of the New London Ledge Light Foundation Gipstein, helped restored and now oversees New London’s Ledge Lighthouse, a once-radiant beacon, around which he fished and sailed as a child. 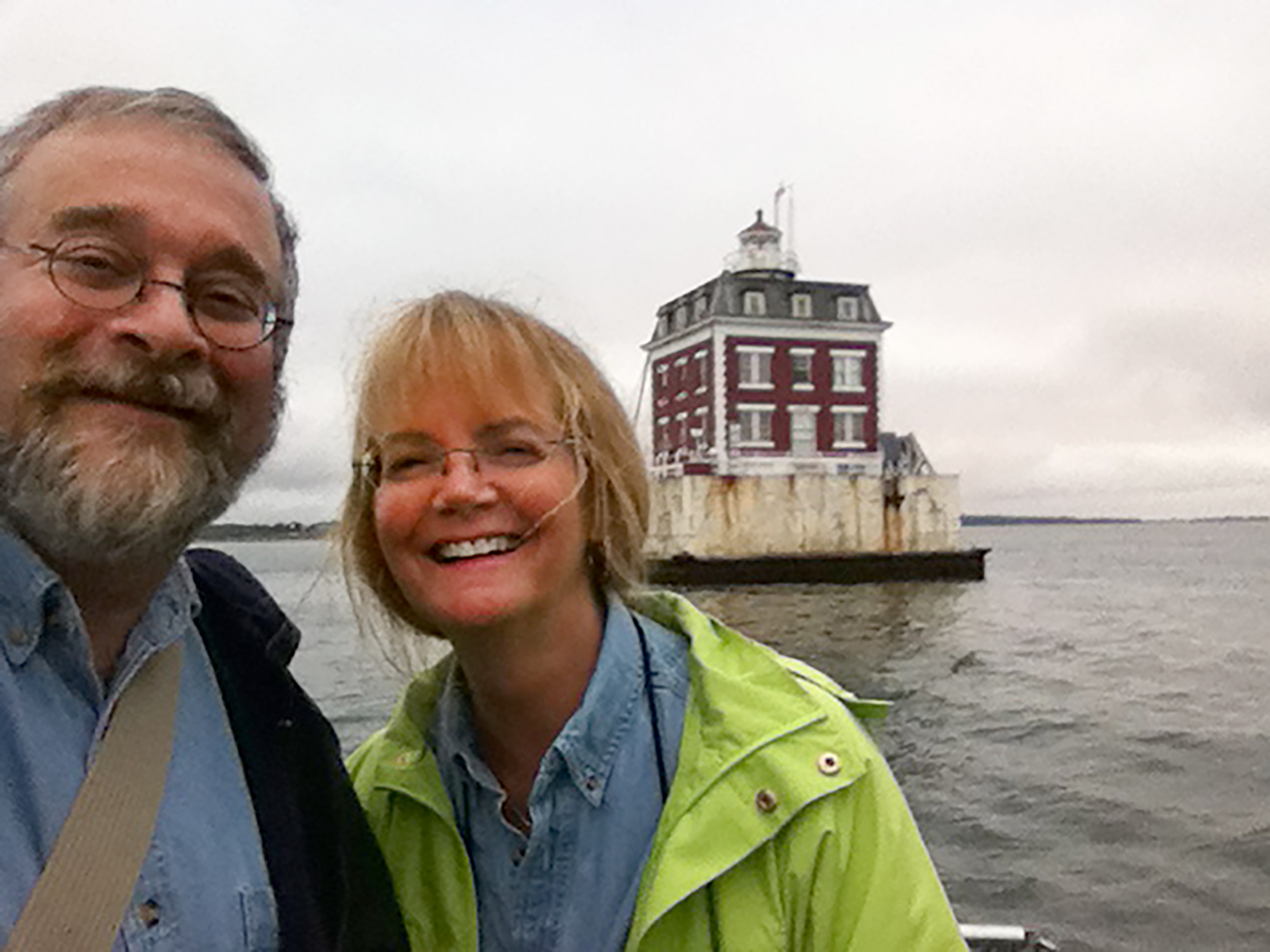 Gipstein and his wife, Marcia, became involved with the project as community volunteers. “About four years after we moved back to Connecticut,” he recalls, “Marcia and I were taking our regular lovely mile walk along the coast. We bumped into a casual friend, and he asked if we’d be interested in being on the Ledge Light Foundation.” Gipstein and his wife organized a major gala to celebrate the landmark’s 100th anniversary, and to raise funds to save the crumbling structure.

Completed in 1909, Ledge Lighthouse quite unique. Before construction began, two local homeowners objected to the “ugly can of light” model adopted by most lighthouses at the time, and instead pushed for elements of nearby estates to be incorporated into the design. The result: a dignified, 11-room tower, has both Colonial Revival and French Second Empire influences.

The U.S. Coast Guard took over ownership of the Ledge Lighthouse in the late 1930s, and a three-to-four-man crew of keepers lived in the lighthouse full time. But lighthouse operations were automated in 1987, and a permanent crew was no longer necessary. Without routine maintenance, the interior fell into disarray. When he and Marcia first set foot inside, “it was pretty beat up with piles of wood and junk everywhere,” Gipstein recalls.

And the challenges didn’t end after they cleared away the clutter. “You have to get a skiff and a captain to take you out and find a day that isn’t too foggy or too windy,” Gipstein says. “You go out and basically camp out there all day and do your work.” Not to mention that, due to the rough seas, the lighthouse is only accessible between April and October.

Still, he and Marcia, and a dedicated group of volunteers, have restored the lighthouse to a point where every summer, twice a week, they run tours for visitors. They have created an interpretive center with exhibits in each room, a theater for an orientation film, a gift shop, and a furnished keeper’s room.

Gipstein even drew inspiration from the lighthouse’s former keeper, Ernie, when writing his third novel, the “paranormal thriller” In the Shadow of the Light.

Fully operational, Ledge Lighthouse still serves as a guide for vessels of all kinds —from Navy submarines and cargo tankers to commuter ferries and private sailboats—but it represents much effort and commitment from the Gipsteins. “It’s a treasured maritime landmark,” he says. “It’s part of the soul of this area. If we lose it, we lose part of what makes us unique.” But thanks to the dedication of the Gipsteins and the whole Ledge Light family, this gem off the Connecticut coast promises to shine brightly for generations to come.