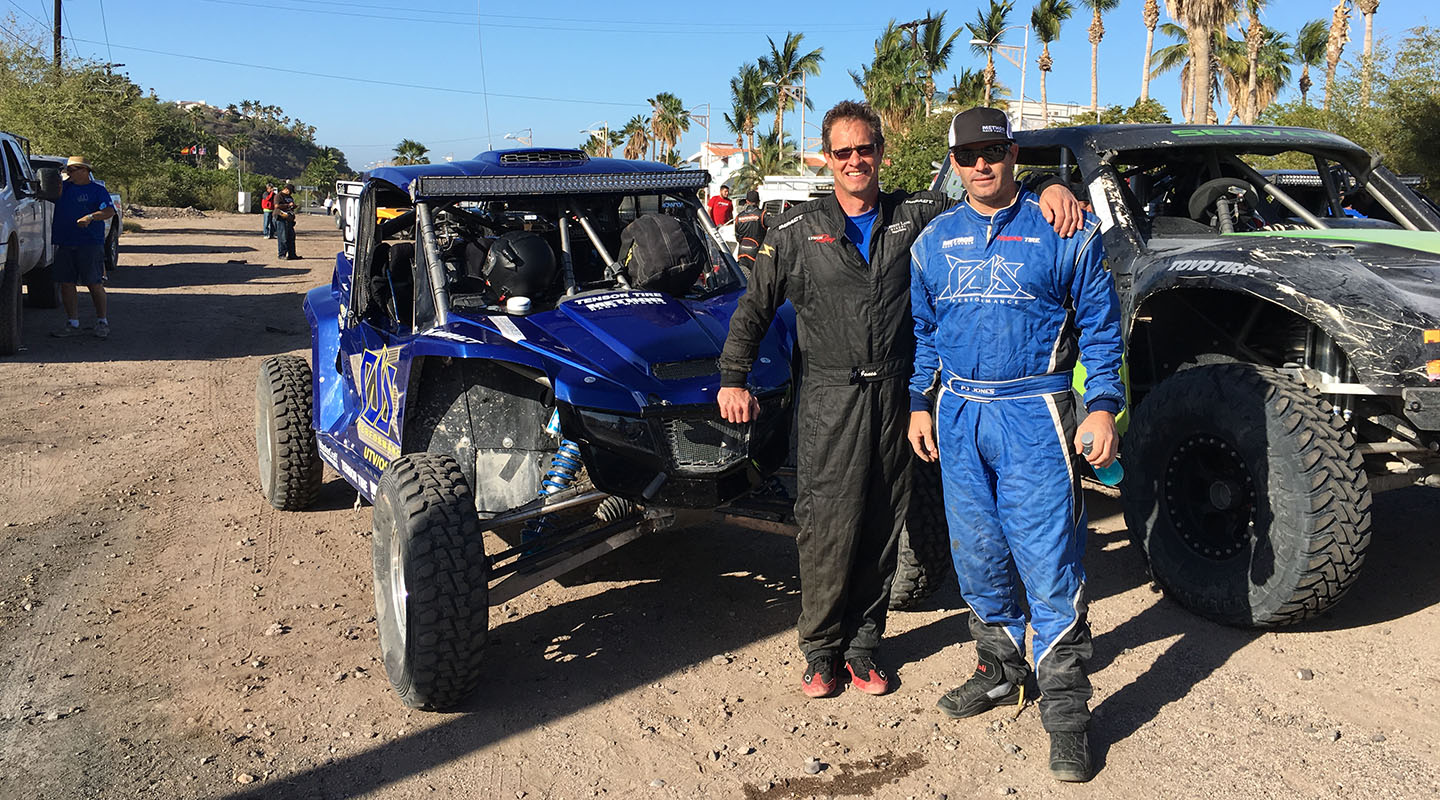 Nick Firestone ’84 has loved racing since age 3. It’s in his blood; his great grandfather, Harvey Firestone, started the eponymous tire and rubber company that still dominates the roads today.

And while the 51-year-old has now raced among the most acclaimed drivers in the world, his decision to follow the passion may have received a boost during his years at Taft—where his daughter, Annabel ’20, just finished her lower-mid year. While touring colleges with his mother, in town from their hometown of Phoenix, Firestone floated the idea of borrowing $5,000 to build an off-road race car. He vowed to document the process and submit it with his college application.

“She went for it,” he says, and while he ended up at Princeton, he believes Duke accepted him “on the back of racing.” When he told his interviewer there that his dream was to win the Indianapolis 500, the man shut Firestone’s file and the two spent the next 25 minutes talking about racing. “It got to the point that my mom came up and interrupted the interview because the tour was leaving!” Firestone says.

Firestone’s racing career got a start thanks to friend and classmate Derek Mitchell ’84, who reached out to another alum, Adam Bronfman ’81, to sponsor Firestone. “I never would have been able to race that off-road car that many times had Adam not helped us out. It was just too expensive,” he says, “so I’ll be forever beholden to Adam because we got our foot in the door and got a lot of experience.”

While “the car broke a lot when we were first driving,” Firestone finished in third place the first time he entered the Baja 1000, the off-road race that takes place in Mexico’s Baja California Peninsula. After he returned to Princeton following the palate-whetting racing experience, he got a call from 1963 Indy 500 champion and family friend Parnelli Jones, who offered to coach him over a summer.

“I’ve always said I can teach someone to drive, but I can’t teach them the desire to win,” Jones told Motor Sport in 1999. “Nick has never given up on his racing dream, and now that he’s gotten the right opportunity, I plan to be track-side wishing him the best of luck.”

Firestone is the first member of his family to race professionally (that’s saying something considering he has 44 cousins), and he set his sights on winning the 1999 Indy 500. Jones encouraged him to get into go-karts, the training ground of the exclusive race car world.

Firestone nabbed 12 top-three finishes in International Karting Federation races
between 1987 and 1989. After he graduated from Princeton that year, he headed
to Europe to compete with some of the most competitive drivers in the world in
the Opel Lotus Euroseries and the British Formula 2 for about three and a half
years before his team went bankrupt.

He returned to the United States and joined the Firestone Indy Lights series, the highest step on the Road to Indy driver development program for the elite IndyCar Series. He finished his 1993 season by achieving the fastest race lap and took sixth place in Indy Lights in 1993 and 1994.

A few years later, after going through the Rookie Orientation Program for the 1999 IndyCar 500, Firestone’s ultimate dream was crushed when he didn’t make the field. “I did everything except the race, which was kind of a bummer,” he says.

But it didn’t turn out so badly. Now Firestone is “back to his roots,” racing the go-karts he started his career with. But unlike the five-horsepower, one-gear electric carts we might see at an amusement park, the ones that Firestone races and tunes himself have six gears and 38 horsepower, allowing them to blast from 0 to 60 miles per hour in 3.5 seconds. (For comparison, a 2017 Porsche 911 Carrera does it in four seconds.)

He’s on the national series for the karts, has “won a little bit of prize money,” and races every few weeks. He recently competed in the National Off-Road Racing Association (NORRA) Mexican 1000 Rally, which is a lot like the Baja 1000 that he competed in back in his school days.

“Really,” Firestone says, “I race go-karts because I was forced out of the sport before I wanted to be.” But the sport he’s stumbled into is still “extremely competitive,” perhaps even “more competitive than NASCAR,” according to seven-time Formula One World Champion Michael Schumacher.

Firestone sums it up like this: “I’ll do this until I physically can’t do it anymore, because I love it.”