“My love for teaching started at Taft when I was a student here in the 60s,” says English Teacher Chris Brown ’64. “I was lucky enough to have three spectacularly good English teachers, including the legendary Bill Sullivan. I remember sitting in his class and thinking, ‘I want to do what he does.’”

With degrees in English from Yale and NYU, a year in the “outside world” working for Time Life, and a year teaching Latin at Taft under his belt, Brown arrived at Greens Farms Academy in the fall of 1971, ready to teach his first English class.

“Within five minutes of walking into the classroom I said, ‘I am home. I am doing what I want to do. This is it—this is what I was born to do.” 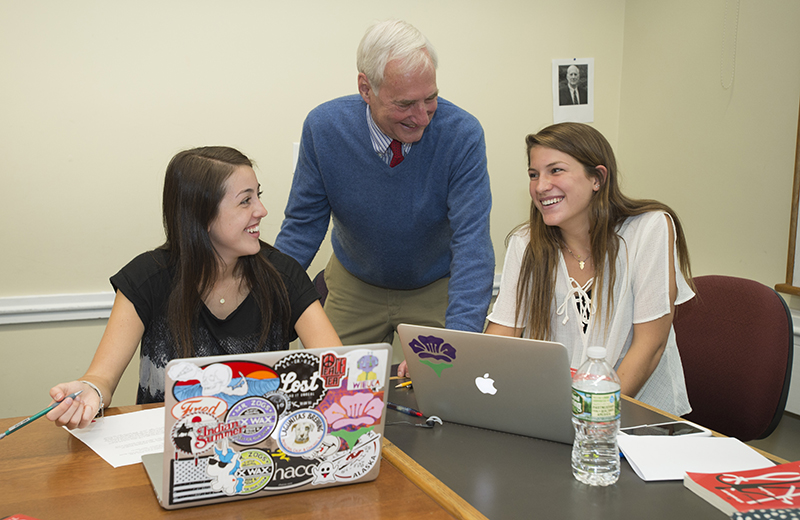 Brown is the kind of teacher students love. He recites, he says, “incredible amounts of poetry,” drops lines from any number of scholarly works at will, tells fascinating personal stories of a life well lived, and injects energy, enthusiasm, and just a touch of drama into every lesson.

“My upper mids were reading A Streetcar Named Desire, and there is that wonderful scene where Stanley Kowalski is standing outside calling up to his wife, with that famous line: “Stelllllaaaaa…” So I said to the class, ‘Let’s have a Stella–off.” They all gave it their best. Then I showed them how it’s really done.”

Brown challenges his students to think critically, to open their minds, and to question conventional wisdom. He encourages them to be intellectually curious, to love learning, and to take advantage of every opportunity before them, at Taft and beyond. He cares about them deeply, and they feel it.

“I keep in touch with about 200 former students, going back to the 70s,” Brown says. That includes his former law students: Along the way, Brown earned a law degree from the University of Pennsylvania, clerked for the Chief Justice of Pennsylvania, and taught a year of contracts and appellate law. But his heart, he says, was always in a high school English classroom.

“I often hear my former students say, ‘You taught me to write, but more important you taught me to think,” says Brown. “You believed in me, and made me believe in myself.’ That is so satisfying.” 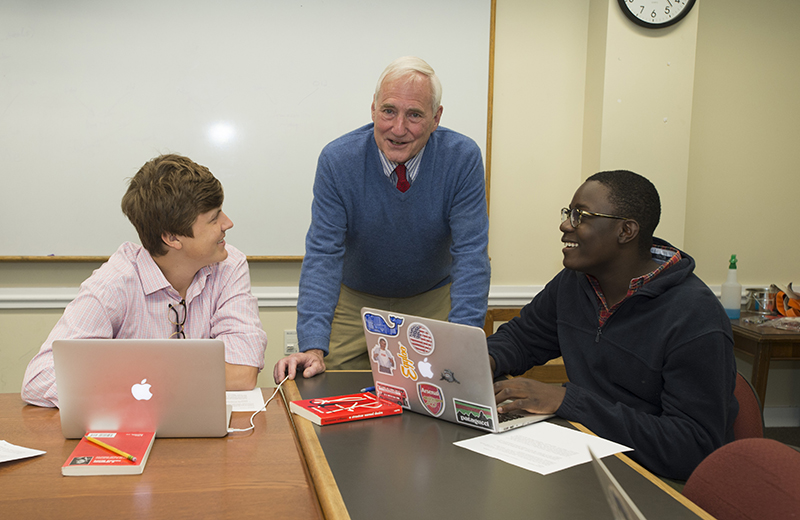 Brown retired from Taft in 2011 and reentered the classroom as a student, auditing classes at Yale, studying France in the 11th and 12th centuries, the history of oratory, and 18th century novels by obscure women writers. But when Headmaster Willy MacMullen ’78 asked him to fill in for a teacher on leave, he didn’t hesitate; the rest is history. Brown continues to teach two AP English classes at Taft each year, and has no new plans to retire.

“I am relaxed and happy and I love this school,” says Brown. “It is such a pleasure to be teaching not only at a school that I have loved for fifty-some years, but with a group of colleagues who are so dedicated and so bright and so engaged, and with such brilliant students who are so involved with their own learning. I look back and I can say I’m lucky enough to have spent my life doing what I was born to do. This is exactly what I should be. It has been a phenomenally rewarding career.”