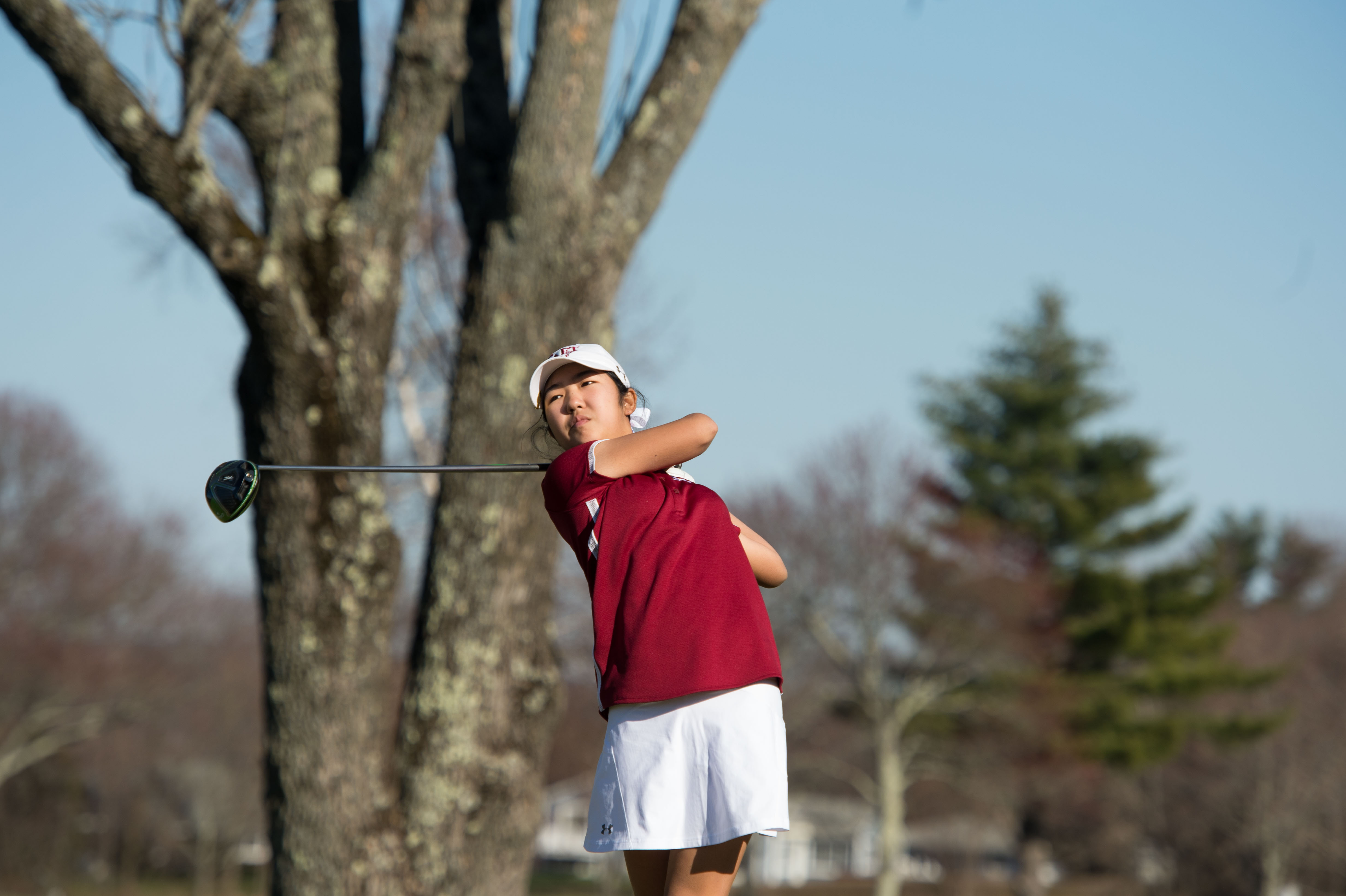 Julia Kashimura ’20 has lived all over the world. From California to Connecticut and Jakarta to Japan, Julia has made her mark—in the classroom, in science and mathematics competitions, in concert halls, and, quite notably, on the golf course.

“I moved to a lot of different places growing up,” says Julia. “Everywhere there was some sort of golf team or some opportunity to be involved with the game. It became a tool of communication for me. Even if I didn’t speak the language where I landed, I was able to connect to people and bond with them through golf.”

Raised by avid golfers, Julia grew up around the greens. It wasn’t until middle school, however, that she became serious about the game. That’s when a move to Florida gave her the chance to play year-round, and as a middle schooler, to join a varsity-level high school golf team.

“They made an exception for me,” Julia says. “I was scared the first time I met my teammates because they were so much older, but we all became friends. 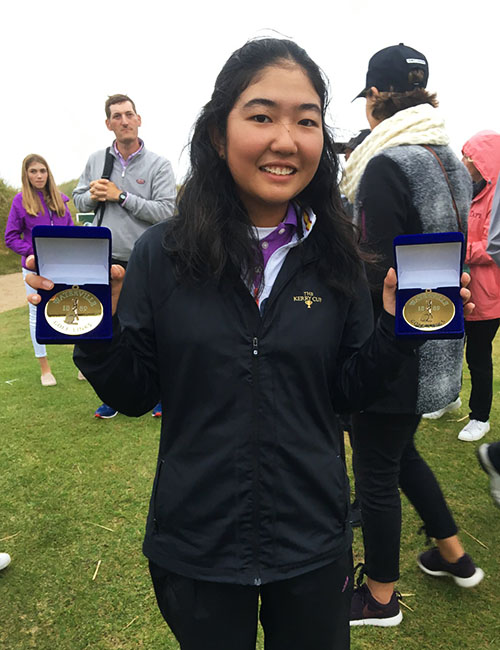 Golf was a common language for us.”

Julia continues to “speak golf” across the globe—she does so in a voice that is confident, strong, and commanding. Last summer, Julia traveled to Waterville, Ireland, to play in the Kerry Cup, an elite competition open to 64 of the world’s top junior golfers. Not only did Julia lead her Kerry Cup team to victory, she earned low medalist honors, and set a course record on what Golf Digest calls, “one of the finest links golf courses in the world.”

“I knew that I shot well and that I was having a good day, but thought, ‘There are a lot of great players here, someone is probably doing better,’” says Julia. “When I came off the course they told me I had the record. I was surprised and so excited. It was my first time earning a course record—I was so happy.”

Still, Julia’s most meaningful victories came closer to home. As a freshman, Julia and her Taft teammates won the New England championship tournament, known as the Pippy O’Connor Independent Schools Golf Classic. She finished second in the individual standings at the same event. 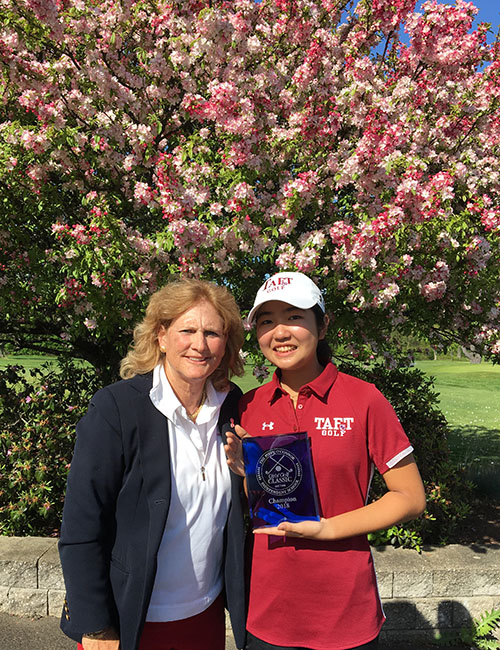 “Winning as a group was really important to me,” says Julia. “It was the first time I had been part of a team title win. But finishing second in the individual competition made me want first place even more. People that I looked up to at Taft had won that title; I wanted to continue that Taft legacy and bring attention to our team and to the game of golf, because it’s so much fun. I worked so hard throughout my sophomore year to prepare myself for the next one, so when I won, it really meant a lot to me.”

Julia attributes her commitment and respect for Taft’s team and team legacy to the strong leaders and captains who came before her, including Jackie Eleey ’14 and Portia Wang ’18. As for her success on the course, that, she says, comes largely from her own mental strength.

“Golf is a sport, but it is also a game—I think I’m really good at playing a stable mental game. Skill is important, but my mental strength helps me persevere. I also think I’m really gritty; even if I do make mistakes, I tend to come right back and do well.” 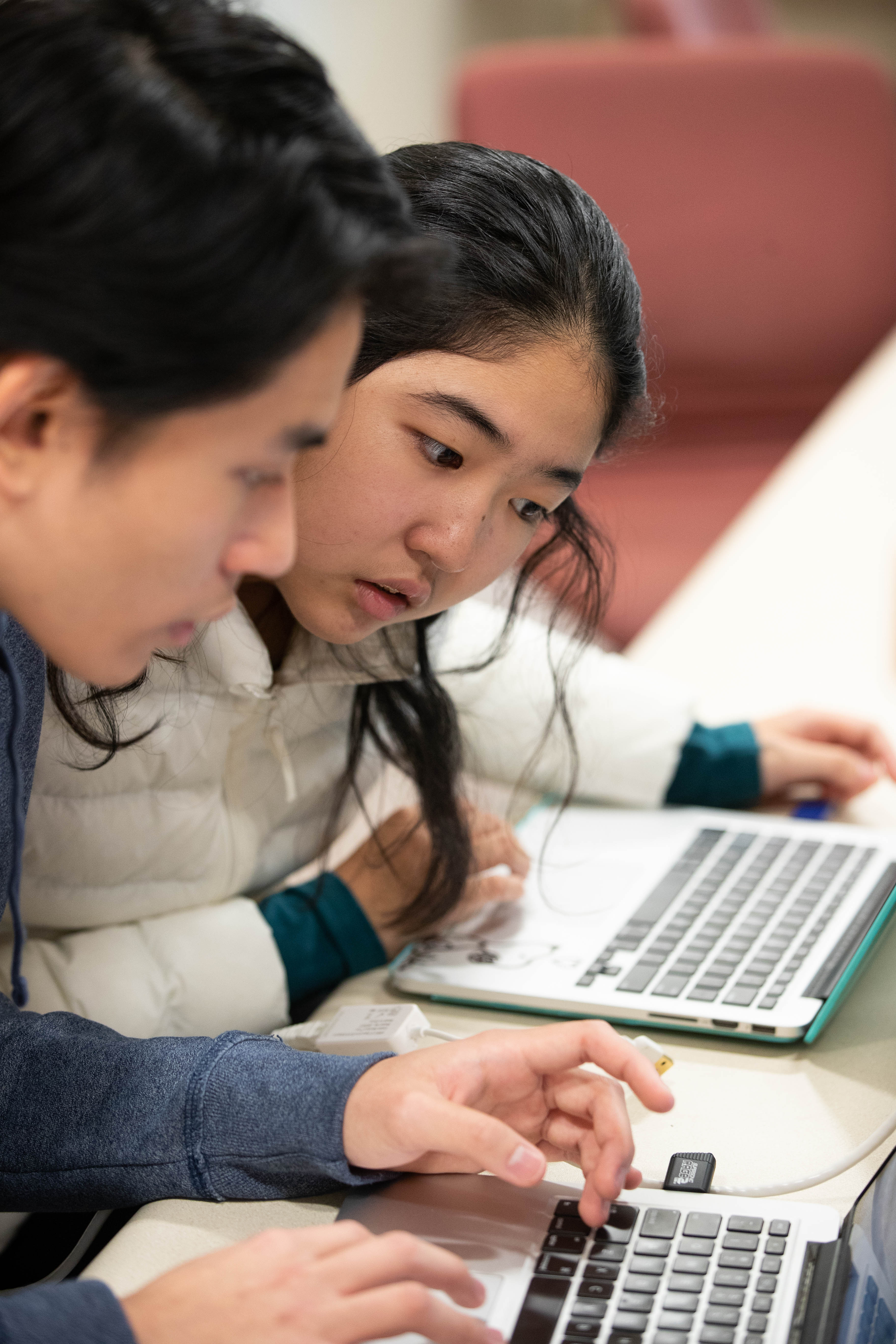 mental toughness to her academics. As a sophomore, Julia took AP Computer Science, AP Biology, and AP Chemistry at the same time, despite admonitions from her peers, saying it simply could not be done. The high honors student who loves staring down a challenge proved them wrong, effectively managing her coursework, athletic training, music practice and rehearsals, and club participation, which has included competing with Taft’s Mathematics, Robotics, and Science Olympiad teams. As a freshman, Julia and two colleagues built an autonomous competition robot that turned in Taft’s then-best-ever performance at the annual Trinity College International Robot Contest. More recently, she was part of Taft’s first contingent to participate in Yale’s “Girls in Mathematics” competition.

All of this, Julia says, is part of her well-thought-out, carefully crafted, and meticulously defined approach to achieving her personal goals, which she has committed to print, and has posted in her room. All of her goals right now, she says, support her hopes of studying computer science and playing golf at a top tier college or university. And while she would be thrilled to join the women’s PGA tour at some point, her eyes are now firmly fixed on academics and a career in the sciences.