It would not be a stretch to say that Kaedi Dalley ’18 is one of the more visible and engaged students at Taft. She is a dorm monitor in Mac House; co-head of SHOUT: Taft Gender and Sexuality Alliance; co-founder of Taft Stands in Solidarity; an avid member of United Cultures of Taft Club; a golfer; a scholar; and a role model. But it is when Kaedi takes the stage that her presence is truly undeniable.

“Music is a very, very, very big part of my life,” says Kaedi, “and one that I take very seriously.”

Kaedi began singing when she was five or six years old, mostly in school and church choirs. By the time she was 11, music had become her passion. A natural vocalist and self-taught pianist, she is teaching herself to play the guitar. Her voice is pure, controlled, and soothing. When Kaedi sings, everyone stops to listen.

“Taft has definitely helped me to mature my voice,” explains Kaedi. “I have better vocal control and better vocal delivery now. Being a part of the Arts program here exposed me to different sides of my voice that I didn’t necessarily know were within me. I have learned to adjust to all these vocal styles, and add them to my vocal resume.”

Kaedi is co-director of Taft’s gospel choir, and a member of Hydrox, a student-led, all-female a cappella group, and has been case in high-profile roles in a number of Taft’s musical theater productions, including Motormouth Maybelle in Hairspray, for which she won a prestigious Halo Award in the Best Featured Actress/Musical category, and Donkey in Shrek: The Musical. She is also the alto section leader of Collegium Musicum, Taft’s showcase choir, where she has gained acclaim for her rendition of Paul Halley’s “Sound Over All Waters.”

“I’ll be traveling to California with Collegium over spring break, where we will be performing that song,” notes Kaedi. “Mr. Halley is expected to be in the audience.” 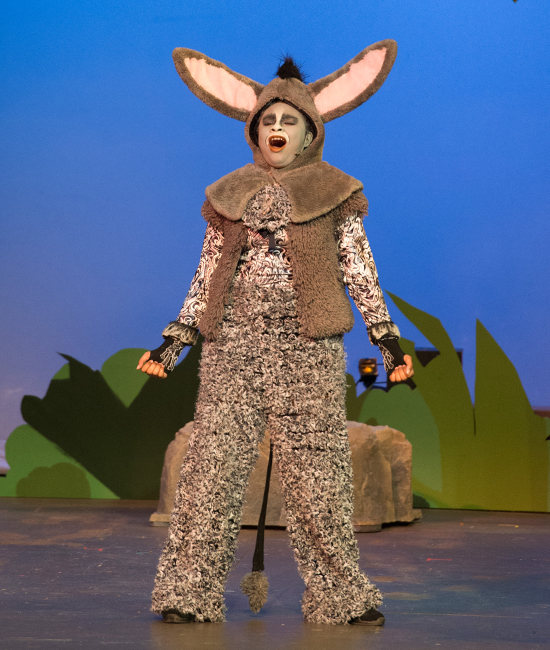 It will be Kaedi’s second trip to California driven by music: Last summer, with support for Taft’s Kilbourne Summer Enrichment Fund, Kaedi traveled to Los Angeles to participate in the 10-day A Cappella Academy. Only 13 percent of the high-school-aged students who auditioned for spot at the Academy were accepted.

“It definitely shaped the way I define a cappella today, making me realize the authenticity of creating music with just your voice.”

Kaedi plans to return to the Academy this summer, having been accepted yet again, through an even more competitive audition process.

“I'm extremely humbled to take part in this again,” says Kaedi, “As it was hands-down one of the best experiences of my life.”