Menu
Summer Journeys: Be the Change

As a 7th grader in his hometown of Naperville, Illinois, Aditya Balsekar ’18 received an email that would shape his thinking and change his life, and that of many others.

“The email was from the Northern Illinois Food Bank,” Aditya explained. “It said that one in five children living in their 13-county service area face hunger. I was not aware of such a great need in my area. I saw it as a call to action to spread awareness, and to get myself and others involved to change that statistic.” 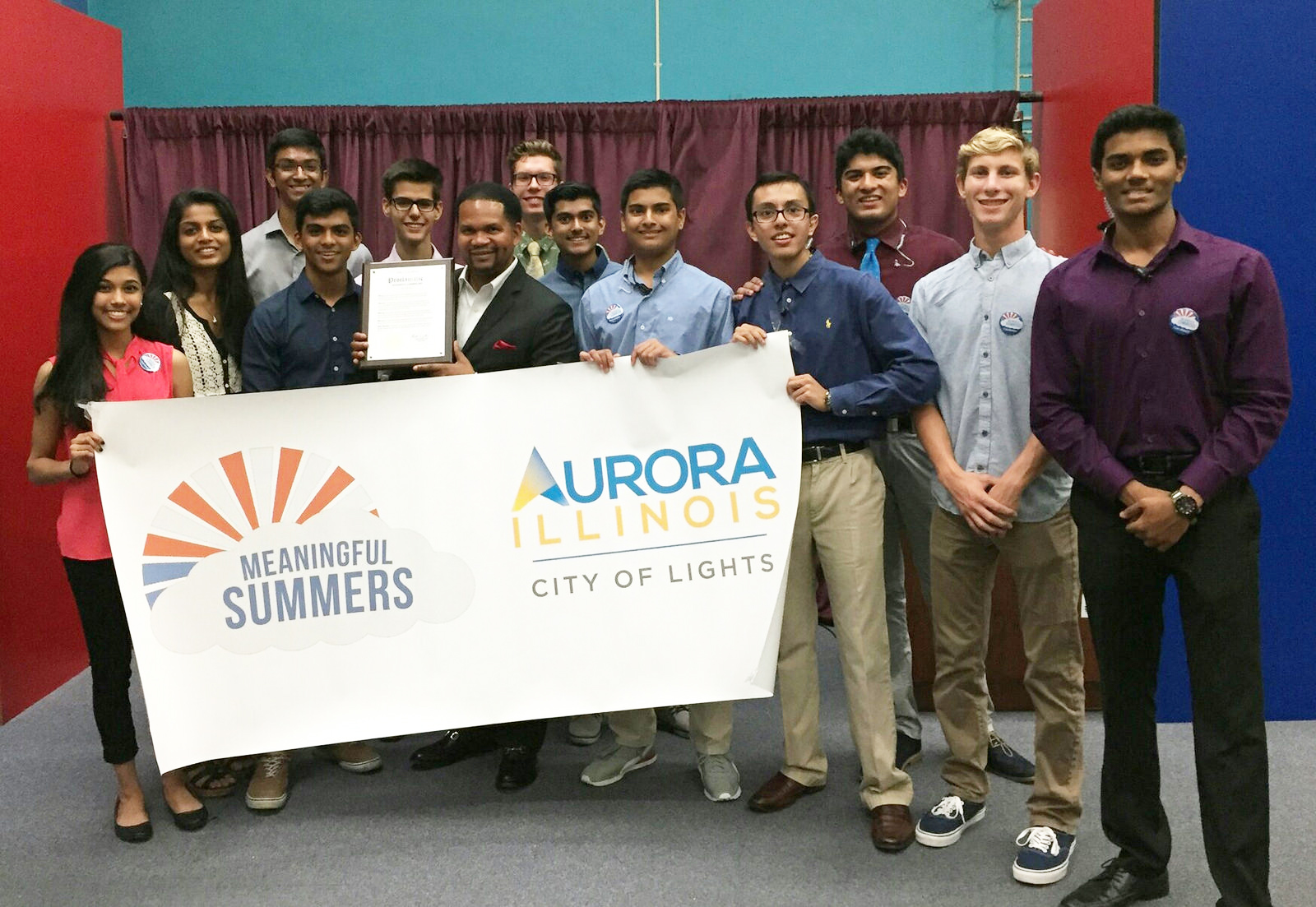 Aditya continues to do just that through Meaningful Summers, the non-profit organization he founded in 2013 with a one-mile charity run around his neighborhood. The money Aditya raised at the event went to the food bank’s Backpack Program, serving children in 130 schools across 13 counties.

“Twelve people participated,” Aditya explains. “We raised over $200. The next year, 50 people came together for the run and raised close to $700, which helped build a community well in Ethiopia. That’s when I realized that this could really be something.”

Aditya invited a dozen friends from his school and neighborhood to establish the Meaningful Summers leadership team. Together, they worked to expand the organization’s reach and impact, and their approach to fundraising. 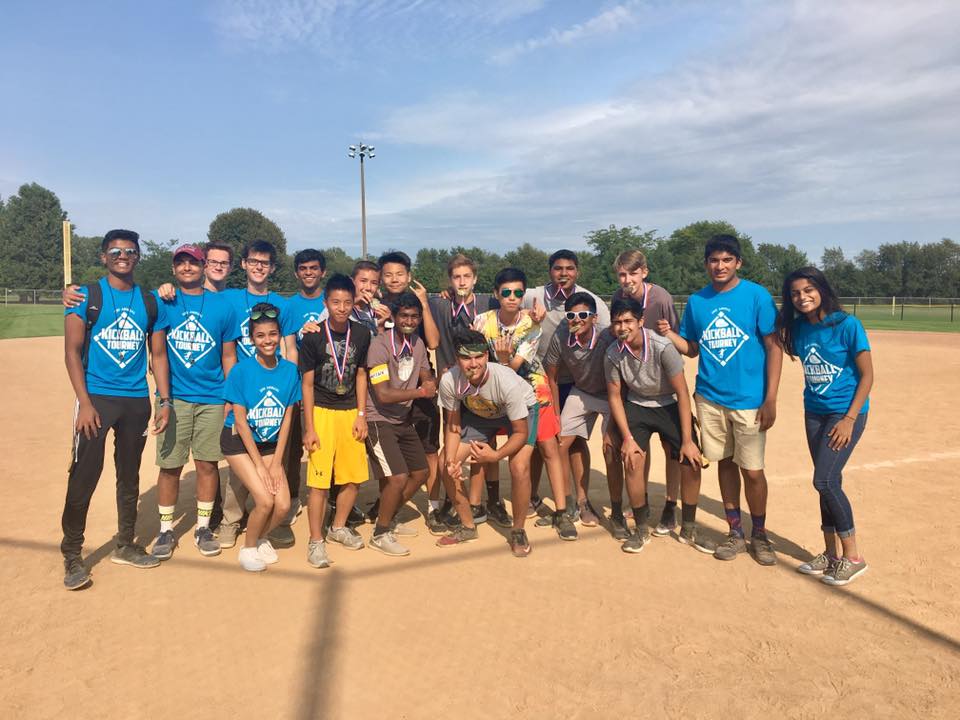 “The following summer we screened a documentary about an orphanage in India dedicated to supporting kids with HIV and AIDS. We raised close to $2,000,” Aditya says.  “In 2016 we organized our first annual kickball tournament; we raised nearly $3,000 for the Midwest Shelter for Homeless Veterans, an organization I am particularly passionate about.”

But it was during the summer of 2017, Aditya says, that Meaningful Summers experienced their “seminal moment.” Richard C. Irvin had just been sworn in as the Mayor of Aurora, Illinois, a diverse community that half of the Meaningful Summers leadership team calls home. Irvin had campaigned on the concept of “One Aurora.”

“We reached out to the Mayor because his understanding that people can put aside things like religious differences and socio-economic barriers to come together as a city—as a community—resonated with us,” says Aditya. “We’re trying to create a community of responsible citizens—of youth—that puts aside all of these disparities and comes together to rally around a cause. Whether it’s helping our veterans, helping an orphanage, or helping the homeless, our mission is to ultimately care for the community we are so proud of.”

Together, Meaningful Summers and Mayor Irvin are creating a movement. Dubbed “One Aurora: The Next Generation,” the partnership brings young people from every corner of the city together through educational, “boots on the ground” volunteering, and fundraising activities. They kicked off the initiative with STEAM night. 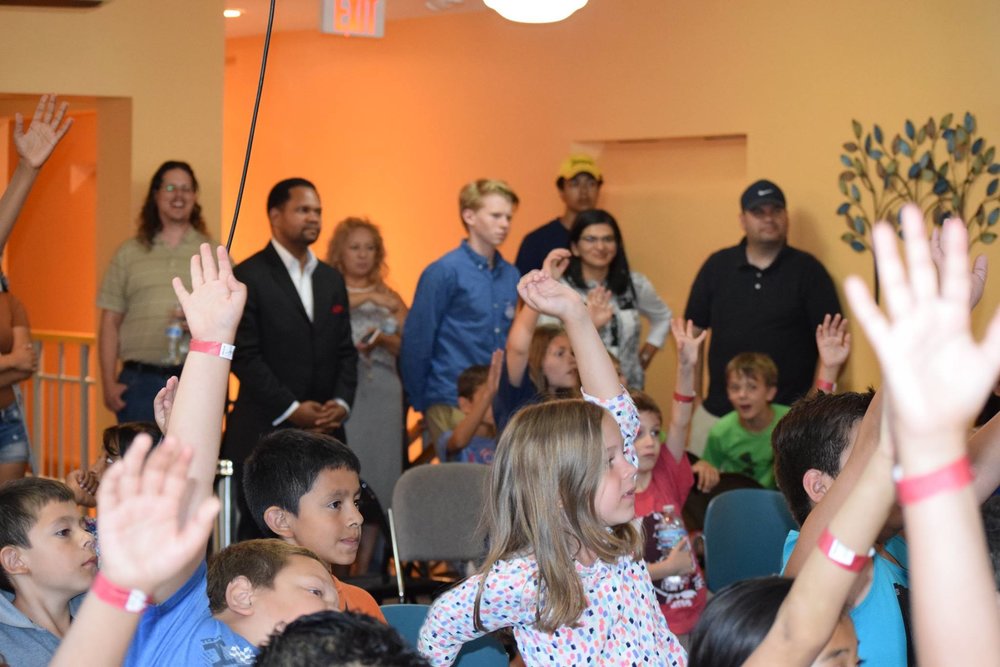 “We wanted to create an opportunity for kids across the city and across the socioeconomic spectrum to come together to learn about science, technology, engineering, arts, and mathematics—STEAM,” Aditya explains. “We brought in professors from local universities, local musicians, entrepreneurs, and college students from across the disciplines. We set up interactive robotics programs, and science booths covering physics, chemistry, and astronomy. More than 150 young people from the community attended the event. It was a tremendous success.”

Mayor Irvin, who had secured space at the SciTech Hands-On Museum for the event, recognized the group’s commitment to community service by presenting the Meaningful Summers team with a plaque proclaiming July 28 Meaningful Summers Day in the city of Aurora.

“Meaningful Summers is one of only two organizations to receive a mayoral proclamation,” Aditya notes.

The partnership also offered Aurora-area youth the chance to make a meaningful difference in the community through a two-day volunteering program at Hesed House, the second largest homeless shelter in the State of Illinois, and the largest shelter outside of the city of Chicago. 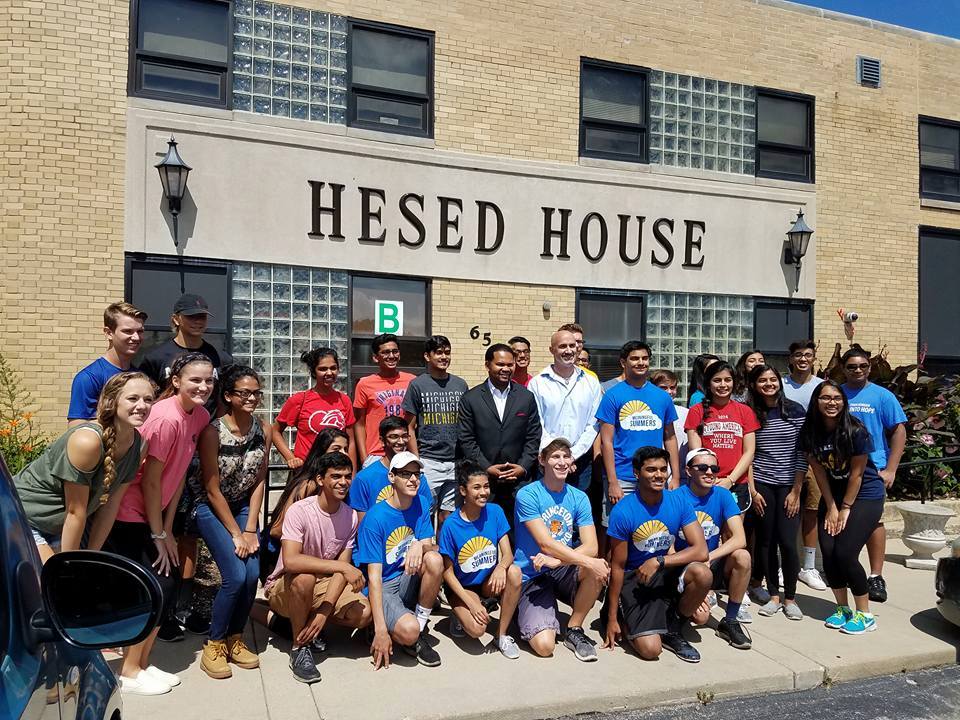 “After taking a tour of the facility and talking with the people who do a tremendous job running Hesed House, we realized there were two ways we could help them: providing volunteers, and donating shelving,” explains Aditya. “One of the things they do is provide “home kits” filled with the kinds of personal and household items people need to move toward independent living. Hesed House receives thousands of pounds of clothing, toiletries, and supplies to fill those kits. But without an accessible and organized means of storing the donations, case workers often have difficulty putting the kits together for residents. We pooled our resources to donate an industrial shelving system to Hesed House, and provided close to 100 volunteers to help sort donations and organize the warehouse. I think we were able to make substantive contributions by clearing a backlog of donated items and providing a permanent solution to a problem by supplying much-needed industrial shelving.”

“We are all seniors—myself and the members of the leadership committee,” says Aditya. “We have raised close to $10,000 through summer events in the last five years, and in the process, learned important skills, like how to balance a budget, manage event logistics, market to sponsors, utilize social media to attract event participants, design advertising campaigns, draft legal waivers, build and administer websites, and more. Next summer we are looking to mentor the next set of leaders—the 8th and 9th graders who share our passions and our sentiments regarding public service. We have received a tremendous response and interest, and I can’t wait to bring the new leaders on board. It gives me great satisfaction to know that I have incorporated Taft’s motto—non ut sibi ministretur sed ut ministret—into my life. I’m extraordinarily grateful to Taft for fostering the skills that have helped me become an effective leader.”