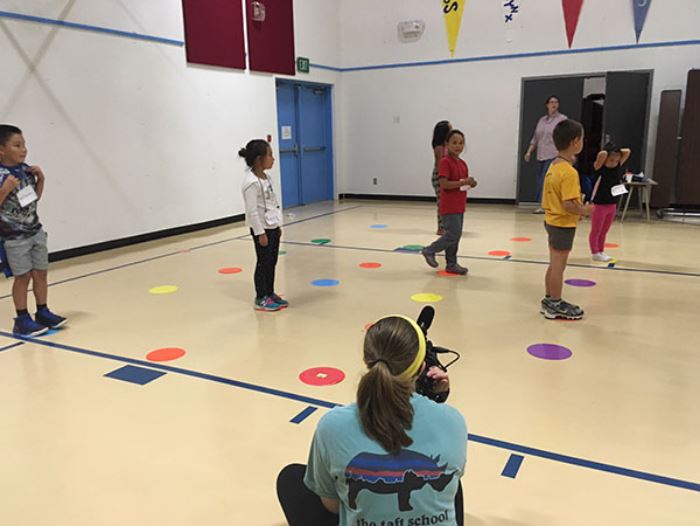 Lauren Fadiman ’17 is the living embodiment of the Taft School motto. Her work with Taft’s Volunteer Council, as a member of the first cohort of Global Leadership Institute Scholars, and as a Community Service Day fellow barely scratch the surface of her contributions to the school community; and the depth of her service extends far beyond our campus walls. Lauren has worked with the Waterbury, CT Health Department and Brass City Harvest, a program that grows food on reclaimed brownfields and through hydroponic technology to provide much-needed fresh vegetables and fruits to local soup kitchens. She has worked with underprivileged children locally, and most recently, traveled to Iguigig, a small, remote Alaskan village, where a meaningful effort is underway to preserve native history and culture.

Located at the mouth of a river in southwestern Alaska, Iguigig is governed by a tribal council. Almost all of its residents engage in subsistence living, including hunting caribou and moose, gathering berries, and fishing for red salmon. Iguigig has a year-round population of 70 people. Only 20 remain fluent in the local dialect of their native language, Yup’ik. Working with Iguigig Village Council President and Dartmouth graduate AlexAnna Salmon, Lauren is involved in revitalizing that distinct dialect. 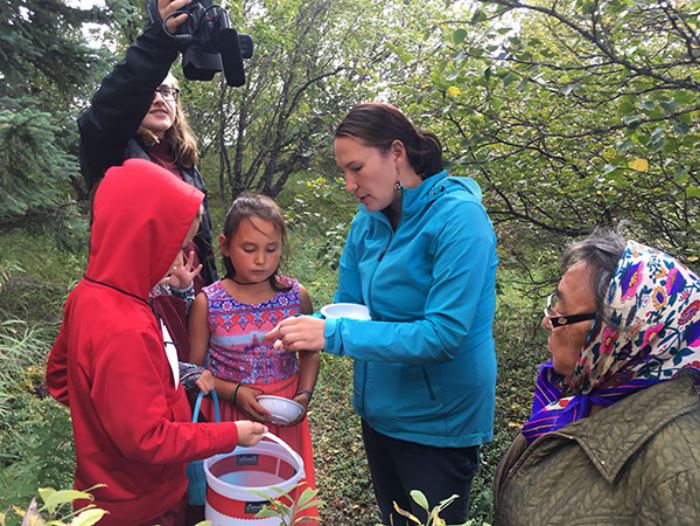 “AlexAnna’s goal is to see babies born whose first words will be in Yup’ik,” says Lauren. “It is a community endeavor that is important to everyone, not just the families indigenous to the village. It was very powerful to see.”

Funded by a $850,000 Language Preservation and Maintenance Grant from the U.S. Administration for Native Americans, the project not only teaches Yup’ik to community members, but also trains them to teach the language. During her time in Alaska, Lauren produced a video documenting Salmon’s work to share with donors, helped prepare classroom materials, and worked in the village greenhouse.

“The immediacy of purpose driving AlexAnna’s work comes not only from her sense of how important it is to preserve the history and culture of a people, but in understanding that the 20 native speakers are the village elders. The language should not be lost with them, it should become their gift to the next generations,” says Lauren.

Lauren’s travel to Alaska was funded in part by a Hatfield Grant. Learn more about Taft’s travel and grant programs.