"In 1890, Mr. Taft founded our school with a broad but singular mission: to educate the whole student. At its core, our mission means that education at Taft is personal, moral, and ethical, as well as academic. It means that we value high scholarship and intellectual endeavor along with a belief that character, above all else, determines success in life."   - From the Taft School website, “Our Mission” 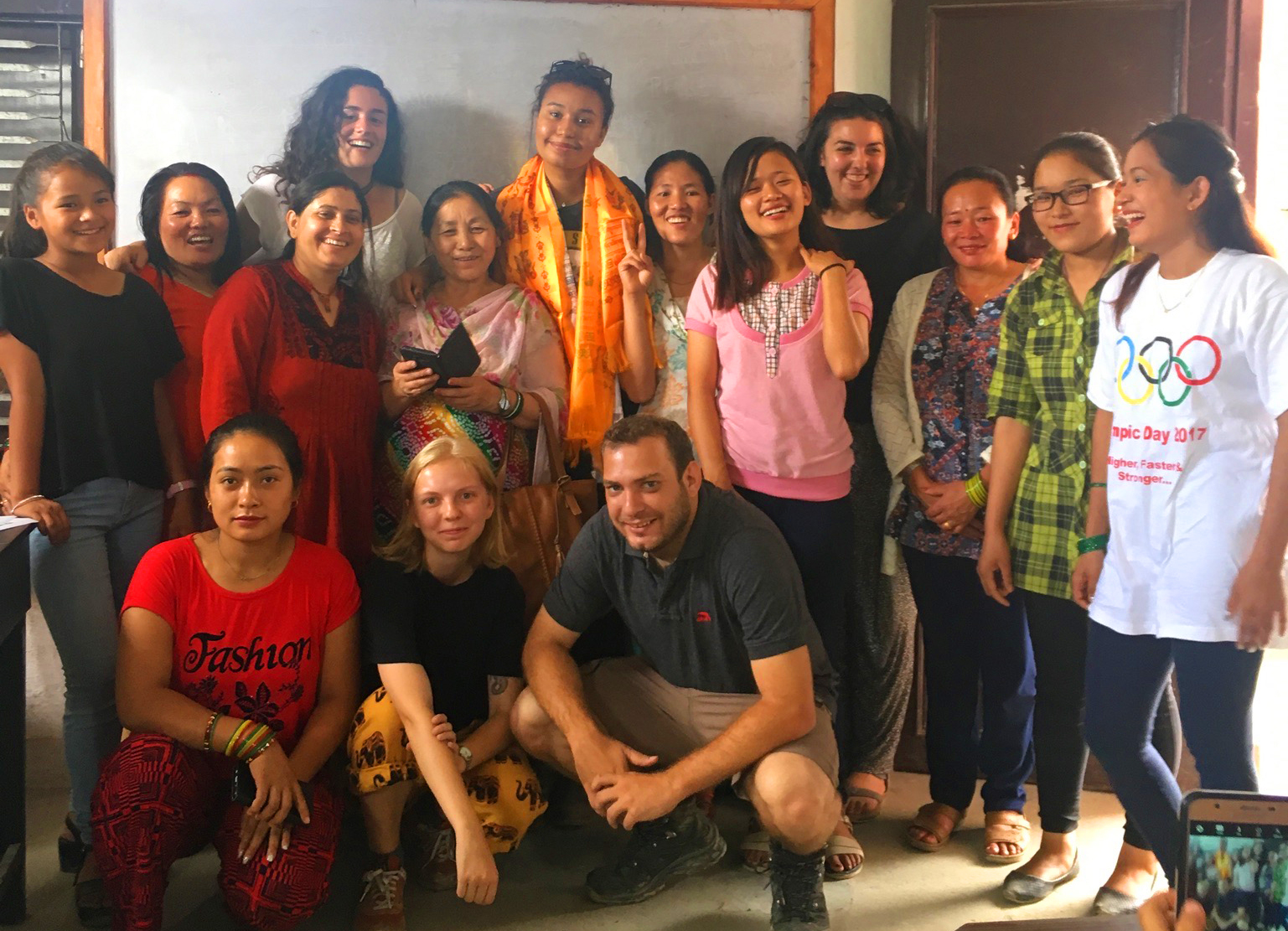 If character does, indeed, determine success, Osi Bialunska’s destiny is clear. Osi recently traveled to Nepal to teach English to some of the nation’s poorest women. It was an experience outside of the classroom, however, that gave Osi pause, and brought new clarity and understanding to what a Taft education—the personal, the moral, and the ethical—truly means.

Nepal’s economy depends on tourism. To compete in the tourism industry, Osi explains, English language skills are essential. For many women living in Nepal, the cost of English classes can be prohibitive. Osi was a volunteer English teacher at a free school for women in Kathmandu. With some, she started at the beginning, teaching the English alphabet. With other, more advanced students, Osi focused on the mastery of conversational phrases while engaging them in debate about equality, their dreams, and rights.

“Many of the women came every day,” says Osi, “others a few times a week. It was very impressive to see that they were so dedicated.”

Osi spent her mornings teaching. Most afternoons she visited local orphanages talking to teens about self-reliance, personal health issues, and individual rights. The work she did was important and rewarding. It was all that she hoped it would be, and exactly what she expected. What was unexpected came outside of her work.

Osi traveled to Nepal, in part, with support from a Poole Fellowship, one of Taft’s student travel grants.[link] The fellowship was established in memory of Robert Keyes Poole '50, to honor his lifetime interest in wildlife and the environment. Poole was an alumnus, a Taft master in the 50s and 60s. He was also the father of Joyce Poole ’74, founder of ElephantVoices,[link] a nonprofit organization dedicated to elephant conservation and advocacy. In May, Joyce Poole was given the Horace Dutton Taft Medal honoring her work. She talked about ElephantVoices during Morning Meeting in Bingham Auditorium; Osi was in the audience.

While in Nepal, Osi was given the opportunity to travel to a wildlife park with other program volunteers. 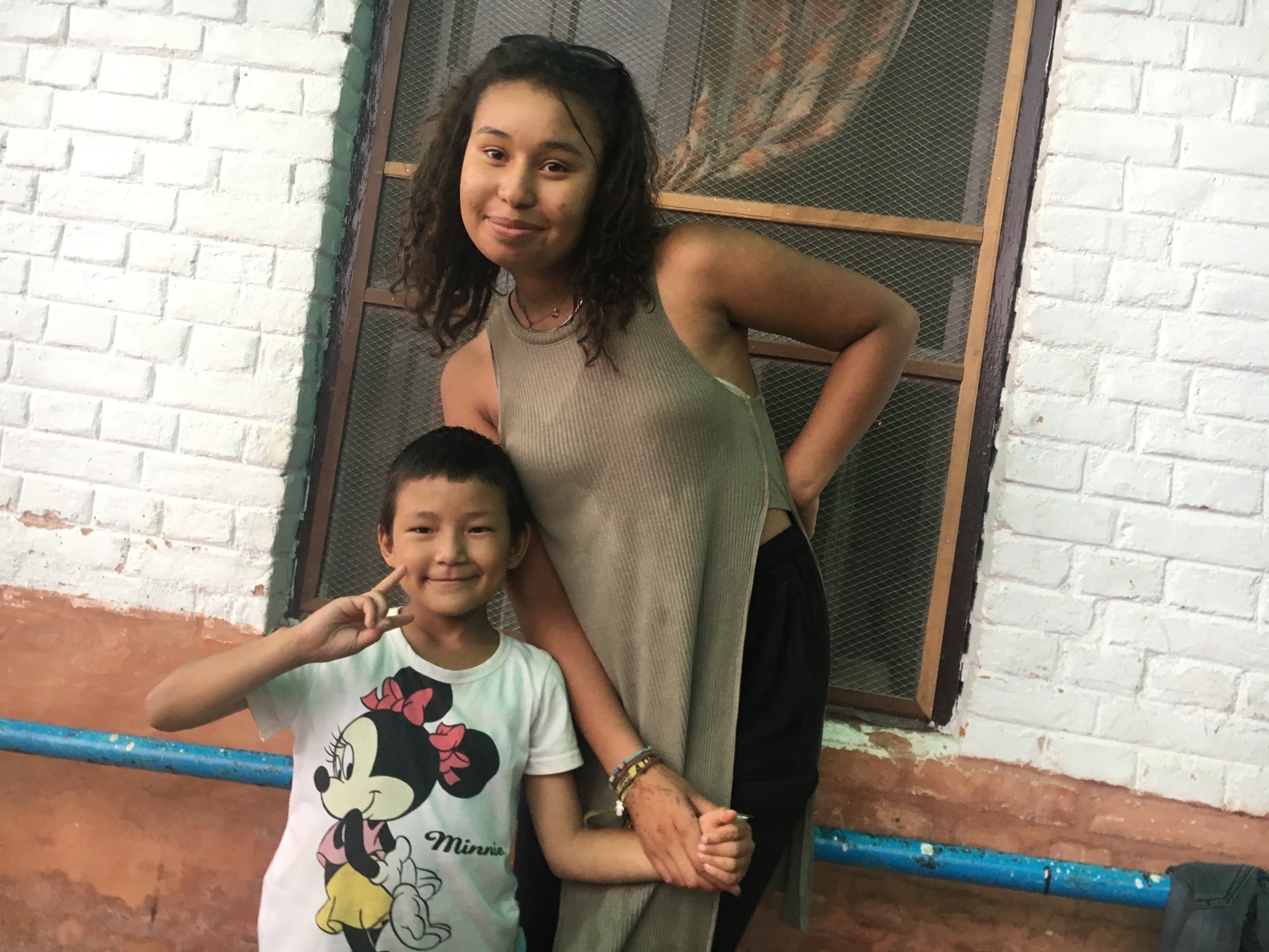 “Part of the trip involved swimming with elephants, and even riding them,” says Osi. “I was grateful to be in Nepal with the support of the Poole family, and felt it was important to honor Ms. Poole’s work. Her Morning Meeting talk taught me that the animals are often not treated well in those environments.”

Osi shared her knowledge with the other volunteers, and opted to stay behind while the others went on “safari.”

“When they returned, they told me I was right—that the elephants were not treated as they should have been,” explains Osi.

The group decided to write to the region’s “nature patrol,” and to the safari operator.

“One week after we wrote the letters, one of the places was shut down,” Osi says. “I went to Nepal to help women—to effect positive change for the women and girls in Kathmandu. By following the inspiration and example set for me by Ms. Poole—using the knowledge and values I gained at Taft—I was able to help animals, as well.”

While Osi is not certain that it was her initiative that led to the park’s closing, what she took away from the experience is clear: “Each of us has the power to effect change. It is our responsibility to use that power—our voices and our knowledge—in a meaningful way.”