Menu
Taking on the World

Ben is an eco-mon at Taft—a student leader and ambassador for environmental programs and initiatives across campus. He received a Poole Grant last summer to attend the Dartmouth Environmental Leadership Institute, and to study permaculture in Costa Rica. He is also a Global Leadership Institute Scholar, a Global Studies and Service Diploma candidate, and part of Taft’s inaugural AP Capstone program, which explored, in part, the relationship between population and environmental sustainability. But it is his work outside of Taft that has earned him acclaim on the global stage: Ben was recently a delegate and presenter at the youth summit of the 2016 Borlaug Dialogue International Symposium, part of the World Food Prize event in Des Moines, Iowa.

Established in 1986 by Nobel Peace Prize winner Dr. Norman E. Borlaug, The World Food Prize is a prestigious, international award given each year to honor the achievements of agricultural scientists working to end hunger and improve the food supply. It is often referred to as the “Nobel Prize for Food and Agriculture.” Laureates are named each year at the Borlaug Dialogue International Symposium, held this year in Des Moines, Iowa.

“During my first two days in Iowa I was able to attended a number of the Dialogue presentations. I listened to the US Secretary of Agriculture, the President of the African Development Bank, the current President of Mauritius, and Joyce Banda, the former President of Malawi, considered the "most powerful woman in Africa,” Ben explained. 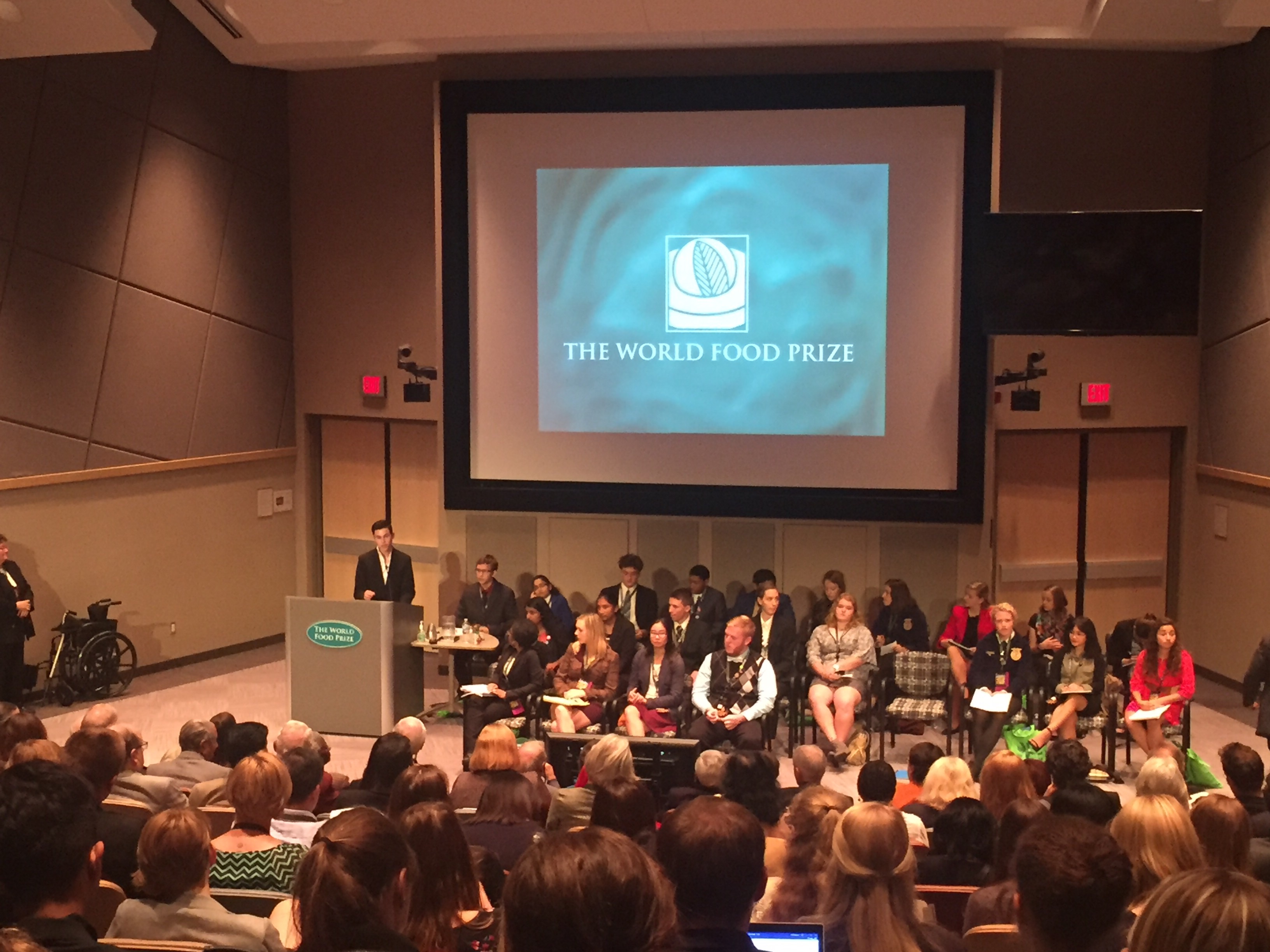 The program culminated in the youth summit, where 200 student delegates prepared proposals. Ben was chosen by his group to present their findings before a panel of 75 dignitaries that included several World Food Prize laureates, the former President of Malawi, the President of the World Food Prize, distinguished scientists, and university professors.

Ben’s path to the Borlaug Symposium started more than a year earlier, when he first heard about the Ideas for Action 14-18 competition, sponsored by the World Bank and the Zicklin Center for Business Ethics Research at the University of Pennsylvania’s Wharton School. He entered the competition with fellow Tafties Zach Mariani ’18 and Lauren Pelosi ’18. The team drafted a proposal for a pilot program designed to impact food insecurity in Ethiopia, and which combined modern microfinance, traditional agriculture techniques, and ongoing education to optimize the productivity of small-scale farmers.

“A large number of Ethiopians engage in subsistence farming and livestock production,” explained Ben, “but they lack the education and monetary resources they need to yield harvests of more than six to nine months worth of food for themselves and their families. There is not enough to get them through the year, let alone excess to sell in markets. They have no way to generate income that could be reinvested in their farms, so the cycle continues.”

The team was named one of six finalists in the competition. Their proposal published online by Wharton, with an abstract published in documentation related to the annual proceedings of the World Bank. They also traveled to Penn, where they presented their proposals to a panel of senior fellows and professors at Wharton, as well as World Bank dignitaries.

Ben felt compelled to further explore the common question raised throughout his Ideas for Action research: How can countries continue sustainable development and still decrease their dependence on foreign aid? He initiated a new project, this time studying Rwanda. It was that research that earned Ben an invitation to the World Food Prize event in Iowa.

“These experiences have helped spark a greater passion for learning in general, Ben said. “I come back from the conferences eager to do more research and reading on the topics and sustainability initiatives I heard about there. It has also made me more appreciative of the situation I am in, and reminds me how fortunate I am. While I am not certain whether I want to work on the policy side or the research side of sustainable development and economics, or sustainable development and environmental advocacy, I do know I want to go into a field dedicated service—a field where I have the opportunity to make some kind of a global impact.”