New York Botanical Garden Scientist Dr. Andrew Henderson is one of the world’s foremost authorities on palms. In 2007, he and his colleagues began working to inventory the palms of Vietnam, a scientific endeavor last approached 70 years earlier by a team of French botanists. To date, Dr. Henderson has made more than a dozen research trips to Vietnam, including a 2016 excursion along the Ho Chi Minh Highway, a relatively new road traversing some of the country’s most beautiful and palm-rich landscapes. Through his travels, Dr. Henderson has collected more than 900 herbarium specimens. During his trip along the Ho Chi Minh Highway, he also collected dozens of hours of Go-Pro camera footage. Dylan Kim ’19 is working with Dr. Henderson to turn that footage into a short educational film for the International Palm Society.

For the past five years, Taft students have spent their summers working alongside renowned research scientists at The New York Botanical Garden. It is part of a unique partnership between the school and the Garden: Taft welcomes NYBG scientists to campus each year for a scientific lecture series; The Garden welcomes the Taft community to its legendary grounds, classrooms, laboratories, libraries, and research spaces. Dylan was one of two Taft students working at The Garden last summer.

“It was definitely an incredible opportunity,” says Dylan, who has continued to work on the internship project throughout his senior year at Taft. “There were probably 40 summer interns this year, but only two of us were in high school. The rest were in college, graduate school, or doing post-doctoral research. The majority of the work they were doing was very high-level, scientific research.”

Which is why Dylan was initially apprehensive about applying for the internship. With no biology classes on his transcript, Dylan did not consider himself an ideal candidate for work at a botanical garden. But during a visit to Taft, Garden Scientist Dr. Robert Naczi mentioned an internship opportunity that relied more on video production skills than textbook biology knowledge. 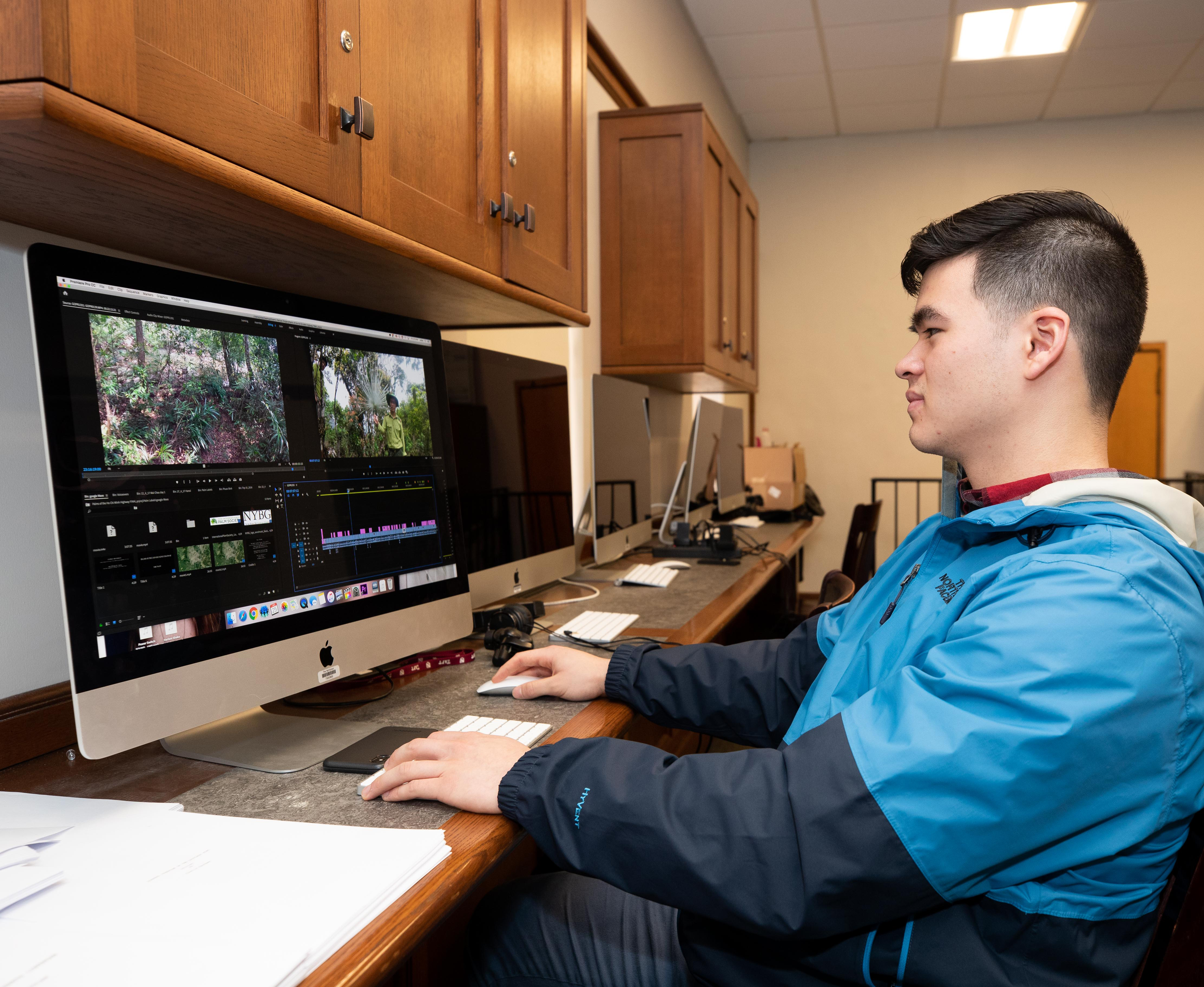 “Video has always been a passion for me,” notes Dylan. “I have been making short films with my sister since I was 10. When I was 12, we made a full-length movie. I had also studied video arts at Taft for three years, so when my adviser, Mr. Serafine, suggested that I apply for the internship it seemed like a fantastic opportunity.”

As Dr. Henderson told Garden members during an educational program, many years of political turmoil in Vietnam left it largely untouched by biologists. It is only in the last 30 years, he said, that scientists have begun to discover the country’s rich biodiversity. During his 2007 trip to Vietnam, Henderson and his colleagues quickly realized that the region was rife with undescribed plant species. In the past ten years, he has identified 128 native species in 23 genera in Vietnam, more than double the number previously accounted for. The impact of Henderson’s research received attention—and funding—from sources as impressive and diverse as the Fulbright Scholar Program, the National Science Foundation, the National Geographic Society, the John D. and Catherine T. MacArthur Foundation, and of course, the International Palm Society, who funded the trip along the Ho Chi Minh Highway that is at the heart of Dylan Kim’s work.

“It is difficult to say exactly what we started with, but it was perhaps as much as 50 to 75 hours of video—127 gigabytes of film,” explains Dylan. “The end-product will be a 30- to 60-minute film for the International Palm Society website. It is designed to be academic and informative, as well as entertaining. I want it to tell a story not just about palms, but about the culture and beauty of the country.”

Dylan says he has learned a lot about communication and organization through his work, and has improved his already exceptional technical skills. He also has a new appreciation for biology, and for the wonder that comes from scientific discovery.

“There is a lot of footage of Dr. Henderson and his team walking through the jungle identifying various species of palms and collecting samples and specimens,” Dylan explains. “Throughout much of their journey, they were looking for one particular species. They actually found it near the end of their trip. It was pretty incredible to watch that happen.”

Learn more about Taft’s partnership with The Garden and other internship projects here.