Gabby is an artist. She is a dancer, a poet, and a photographer. And in each discipline, she is consciously and continuously evolving. Her ISP was a part of that evolution.

Gabby was always interested in writing: she has kept a journal since she was in third grade. As an upper mid, Gabby met a new Taft student who encouraged her to write more.

It was also during her upper mid year that Gabby had to opportunity to travel to Spain and Italy.

“I began taking photographs of the things I was seeing around me, and I used my photographs to inspire my poetry. I starting publishing my pictures and poems on social media, and I got really positive feedback, so I continued to post every day.”

When she returned to campus, Gabby showed her work to photography teacher Yee-Fun Yin.

“He said, ‘this is good, but you should work on pieces that can stand on their own, that aren’t so dependent on each other to have meaning.’ That was a challenge for me, and the start of my thinking about an ISP.” 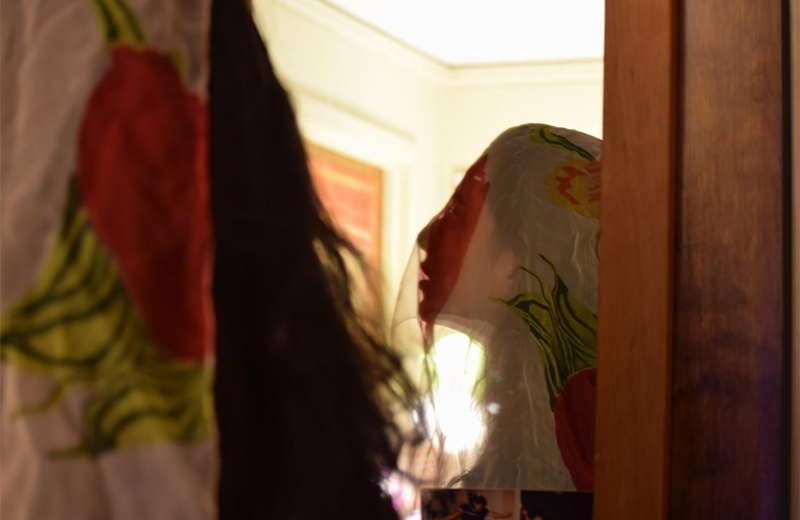 “Until then, I was completely experimenting. I was looking at books, I was looking online at YouTube videos—just doing the self-taught thing,” Gabby explained. “But the first time I met with Mr. Yin for this project I cried. I had this idea of developing my photography, and he starting philosophizing about it in all the ways I had imagined but had never experienced. He started talking about mirrors and light and shadow. I’m more aware of what I’m putting in the frame now, and I have learned how to shoot in manual mode. I’m seeing a lot of potential for me to make something out of my photography.”

“I came in very upset one day about the college process about all the decisions I had to make. Mr. Yin wanted me to turn that into art. He said, ‘Why don’t you write a poem about making a choice? You could write about choosing between arugula and another type of lettuce at the supermarket. You will see that it is about the choice, not the lettuce or the college process. That’s how I began thinking about ambiguity—about interpretation and the use of metaphors to convey my ideas and experiences.”

Gabby spent a year mastering the technical aspects of photography and the intricacies of writing poetry. She worked to capture the essence of ambiguity through images and the written word. The result: Iris and Oculus: An Experiment in Ambiguity, a published anthology of her work, for which she earned the 2017 David Edward Goldberg ’62 Memorial Award.

Read Iris and Oculus: An Experiment in Ambiguity