What started with a spark, soon turned to Fire.

Inspired by the increased and open dialogue taking place on campus around race, gender, and social justice last fall, upper mids Lauren Fadiman and SeArah Smith crafted a powerful spoken-word poem contextualizing those global issues through their own experiences. Together, they performed “Fire” at Taft’s annual Multicultural Arts Celebration. The impact was significant; their words unforgettable.

“Fire contains messages that need to be heard but that high school students are not particularly comfortable talking about,” said Eliza Price ’17, who, along with Katie Ajemian ’16 and Felicity Petruzzi ’16, produced a film of the same name, built on that performance piece. The film won top honors—which included a $10,000 prize—in the Tribeca Film Institute’s The America I Am youth film competition earlier this year. 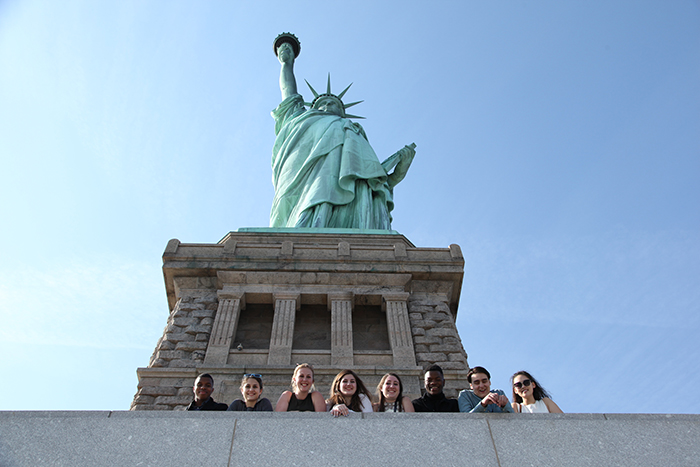 And the open dialogue on campus, SeArah said, created an environment that allowed the authors to face that challenge with confidence.

“In the past year, the conversation has changed at Taft,” explained SeArah. “We have had speakers on campus talking about issues surrounding race and gender. Our community has been learning more and seeing more. There is momentum—the walls are breaking down. I am more able to fully and confidently express everything that I am about.”

It is that connection to what is happening in America today—that full expression of self in reference to society as a whole—that made “Fire,” the poem, the ideal foundation for the film. Co-sponsored by the Tribeca Film Institute and the Statue of Liberty National Monument in celebration of the National Park Service’s centennial, The America I Am competition invited young filmmakers to submit short films about their American experience.

Using the audio from Lauren and SeArah’s spoken word performance as their soundtrack, Eliza, Katie, and Felicity shot companion footage around Taft’s campus—footage designed to show fear, isolation, and the manifestations of racist and sexist attitudes.

“We all remembered how powerful that performance was—how it moved us,” said Felicity. “We wanted the film to capture that raw emotion and authenticity; to put our audience back in that moment. Using their original audio, as well as video footage from the performance did that.” 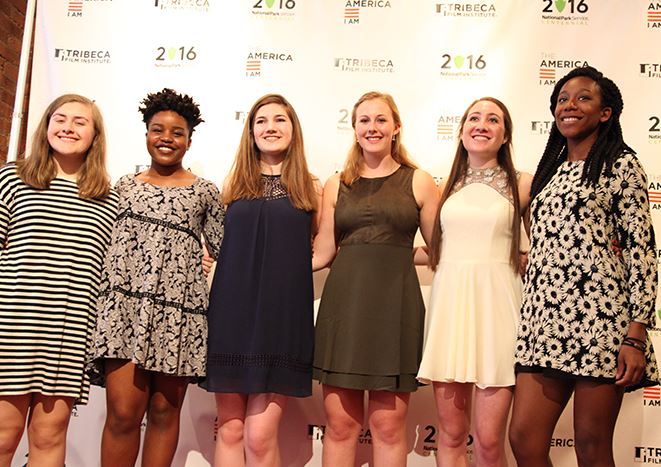 Video arts teacher Scott Serafine received word in February that Fire had made the first cut in the competition: of the more than 250 films submitted, five were named finalists, Fire among them. With that honor came the opportunity to create a more refined version of the film; a $1,000 production award and a mentorship with a professional filmmaker were part of the package. The Taft students were paired with mentor Loira Limbal, Vice President and Documentary Lab Director for Firelight Media. Her work, which fuses arts and activism, often explores themes of social justice and creating opportunity for young women of color. Limbal advised the team to consider reshooting some scenes.

“We realized that what we had done originally made sense in a Taft context, but that it was important to move off campus to better portray a more universal experience," explained Felicity.

They also had more running time for the final cut, which allowed them to include more of the original poem, and to drop in both personal interviews and clips of actual news footage from the events referenced in the poem.

“The emphasis in my classes is always on storytelling,” said Serafine. “I want students to tell their own stories, and to use the power of film to tell stories that make people more aware—more aware of their surroundings, more aware of what is happening outside of themselves. By adding news footage and interviews to the original soundtrack, Fire does that, and does it extremely well.” 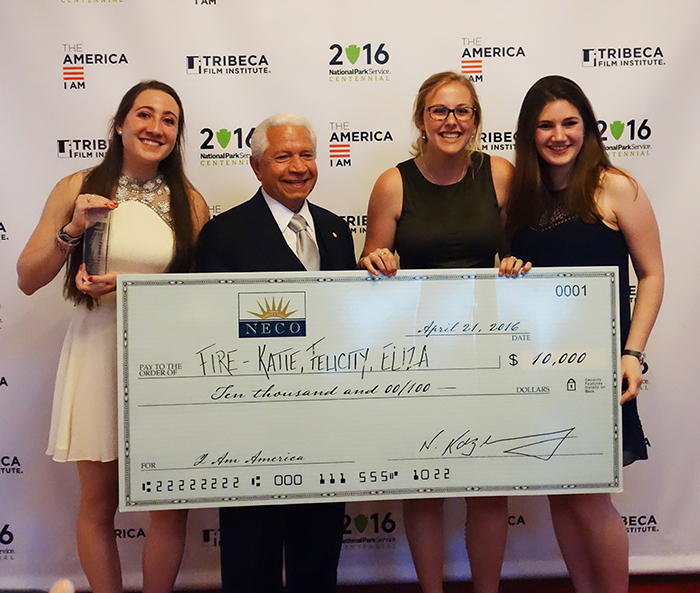 Fire aired at two separate screening venues at the famed Tribeca Film Festival in April. All of finalists earned all-expense paid travel to the festival, with all-access passes to Tribeca events.

“The connections we were able to make were just outstanding,” said SeArah. “Having my name recognized and being able to personally connect is incredible. We talked to writers and publishers want to get our work out there.”

Added Katie, “We were surrounded by producers of PBS documentaries, famous directors, the executive director of Tribeca, and they wanted to talk to us—they wanted to hear about us and about our film. It was just incredible to have this way in; we were so honored.”