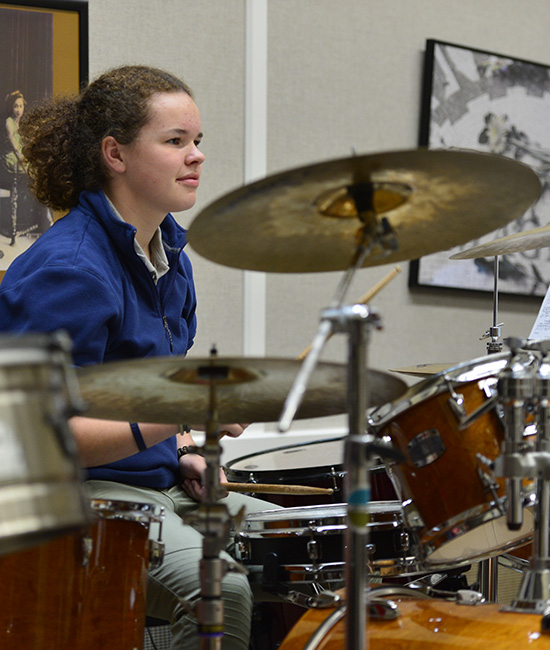 Ciara Connolly ’17 picked up drumsticks in sixth grade, and hasn’t put them down since. A highly regarded and versatile drummer at Taft, She plays in the jazz ensemble, is in the orchestra pit at many of Taft’s shows, and travels whenever and wherever the beat takes her, which on Sunday afternoons, is Columbus Circle in New York City: Ciara is a member of the prestigious Jazz at Lincoln Center (JALC) Youth Orchestra. Ciara, along with the other members of her JALC Specialized Big Band ensemble, took top honors in the 8th Annual Charles Mingus Competition.

Ciara’s interest in jazz was first ignited during a trip to Portugal, led by Taft Music Teacher T.J. Thompson.

“The students at the Lisbon Music School are just insanely talented—super tight.” Ciara says. “Their music was hugely influenced by Miles Davis; that made an impact on me… I had played all kinds of music before, but decided then that I wanted to move deeper in 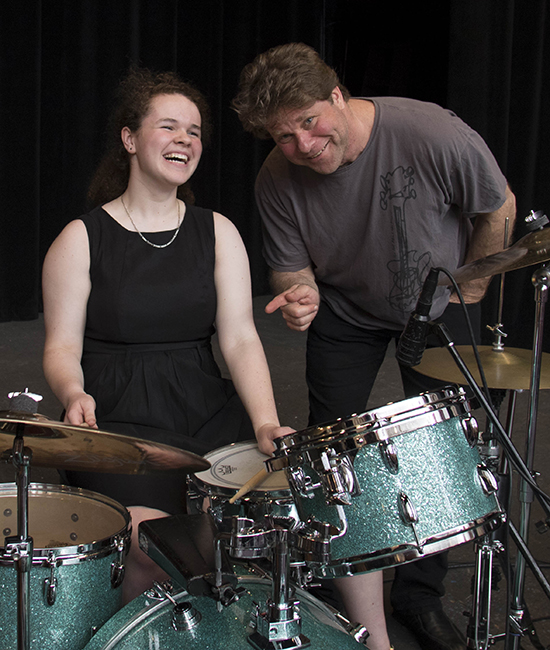 And opportunity followed. In the spring of her mid year, Ciara traveled to Memphis and New Orleans with Taft’s Jazz Ensemble. The group visited venues like Preservation Hall, a well-known spot in the French Quarter dedicated to preserving Traditional New Orleans Jazz. Music teacher T.J. Thompson also arranged for them to play a variety of popular and historic music venues, including Buffa’s, whose owner was so impressed by Connolly, she offered her a scholarship to a Traditional Jazz camp in New Orleans, where Ciara worked and played with drummer Gerald French, leader of the famed Tuxedo Jazz Band. They were the first jazz band to play at the White House in 1953, and produced some of the best-known musicians of the past century, including Bob French, Octave Crosby, and Louis Armstrong. The camp also got her on stage at Preservation Hall.

“All of these opportunities have been about learning...it has all been about working with these amazing, inspiring people who give me so much direction and so much to work on. For me, that’s what its all about.”