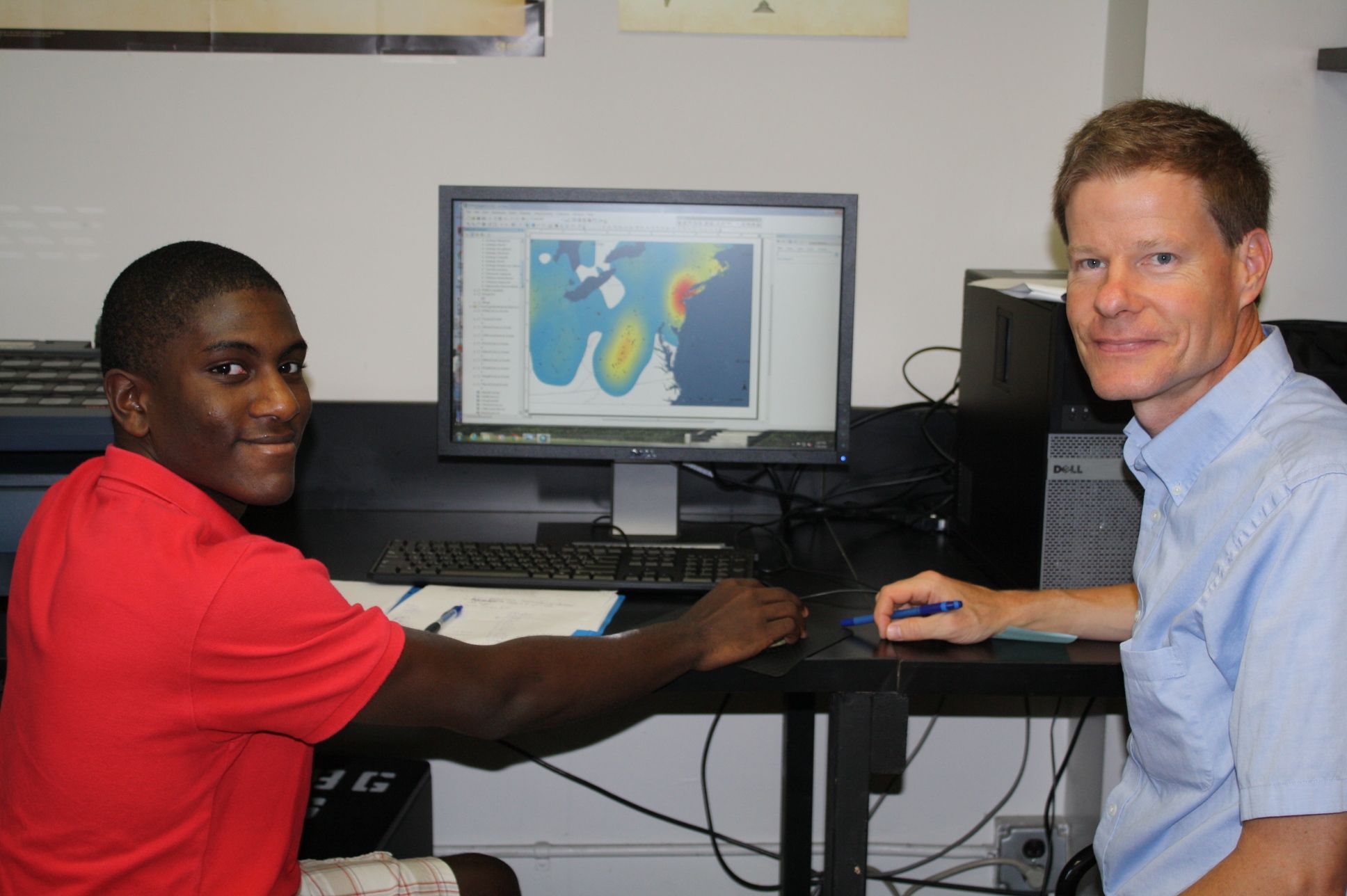 Two Taft students spent the summer of 2016 working side-by-side with world-renowned scientists, graduate students, and college interns in the laboratories of The New York Botanical Garden. The internship program is part of Taft’s ongoing and highly successful partnership with The Garden.

Senior Shemar Christian worked with mentor Dr. Robert Naczi in conducting a biogeographic analysis of a subset of the Northeast’s plant species. “Using Flora of North America I identified plants that only have been found in the northeastern United States and adjacent Canada, then located samples of those species in The Garden’s herbarium,” explains Shemar. “My task was to georeference every specimen from a specific locality without repeating any locations of a population. Using the exact coordinates of these specimens, I created a detailed map of the recorded populations of each species, and analyzed the spacing of these populations to find evidence that supports the idea that there are possible centers of endemism, meaning that plant species are more likely to grow in certain locations.” Shemar’s work will play a critical role in the development and prioritization of conservation initiatives.

Senior Eliza Price worked with Dr. Barbara Ambrose and Tynisha Smalls on a fruit evolution and development project, comparing three different species of genetically similar plants that had widely differing fruit structures. The team worked to determine the point in the fruit’s development at which specific genes were “turned on.” Eliza explains, “Although the overall research was ongoing, no part of this specific project had been done before. I did everything in the lab from growing the wild strawberries that I would be observing, to extracting DNA and RNA from plant tissue and running PCR and electrophoresis.” The NYBG internships were sponsored by Leslie and Angus Littlejohn P’03, 05, who are also devotees of The New York Botanical Garden, with additional support from the Yerkes Botanical Art and Science Fund, Dwight Stocker ’74, and anonymous donors.