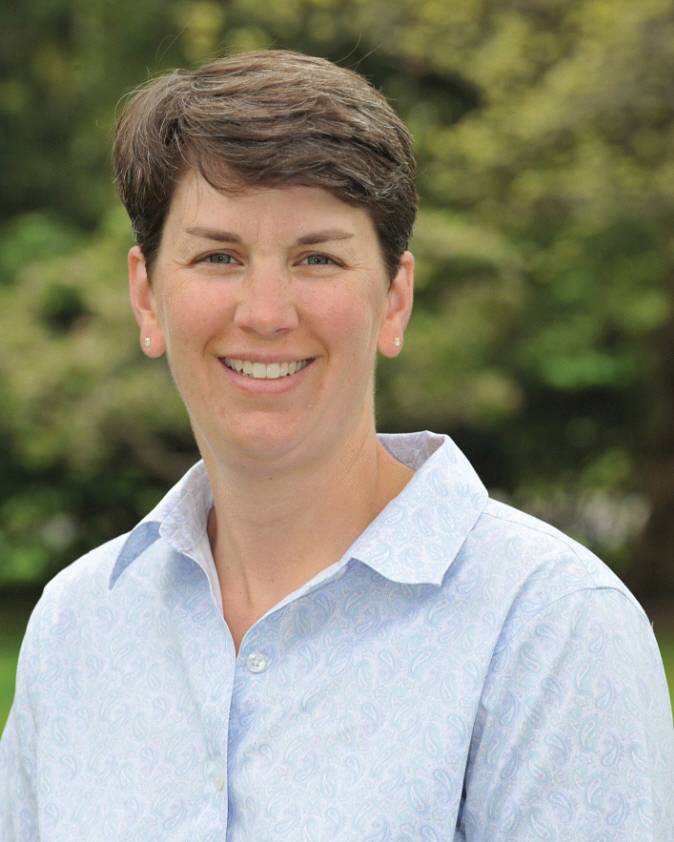 Gretchen Silverman came to Taft in 2013. She teaches Algebra, works in the Admissions Department, coaches the Girls' Varsity Hockey Team, and lives in Centennial dorm with her husband and two sons.

After graduating from Loomis Chaffee in 1990, Gretchen studied at Dartmouth College, where she majored in history and economics. At Dartmouth, she was a standout hockey player and remains the program's all-time leading scorer, with 189 goals and 312 points. She was named Ivy League Rookie of the Year as a freshman, and was a two-time Ivy League Player of the Year. She served as captain of the Dartmouth Big Green during the 1993–94 season.

Gretchen was a member of the 1998 US Olympic team, where she played alongside Taft alumna A.J. Mleczko ’93 in Nagano, Japan. Gretchen led the team through their Olympic run with 8 points, 3 goals, and 5 assists. She scored the first goal in the gold-medal game against Canada, the first women’s ice hockey gold-medal game in Olympic history.

In addition to being a committed educator, Gretchen remains devoted to hockey and to growing the game. She has been an evaluator and coach for the USA Hockey New England Regional Festivals and has coached at the USA Hockey U14 New England Regional Development Camp, and the U15 Development Camp in St. Cloud, Minnesota. In 2016 she served as an assistant coach at the U18 Festival in Lake Placid, New York, where she was the motivational speaker for the U18 and O18 National teams.