By the time Marina Martin ’03 was 12 years old, back in the early, early days of the internet, she was creating fan websites for shows like General Hospital and official web pages for stars like Jean Smart and Dixie Carter of Designing Women fame. Her skill was such that those Hollywood luminaries didn’t know she was not yet in high school. By the eighth grade, she was state president of the Technology Student Association. Once she entered Taft, her skills led her to designing and maintaining websites for sports teams.

More important, she began to see how she could use the logic of programming to streamline business practices through technological innovations, and that’s fascinated her ever since.

In 2013, Martin was hired as the chief technology officer for the U.S. Department of Veterans Affairs, where she began working to address huge inefficiencies in the department while President Barack Obama was in office. That led her to found and lead the Digital Service team at the VA, tackling hundreds of different outdated systems that were preventing the agency from efficiently serving the needs of the nation’s veterans.

“I immediately fell in love with the problem,” she says. “It was multifaceted. When I came to the VA, my job description was to discover the art of the possible for how our nation serves our veterans.”

The VA had come under national scrutiny for failing to help veterans in multiple ways. Martin convened a group that planned out the best-case scenarios and then worked out what it would take to accomplish those big ideas.

“We laid it out on Post-It notes first,” and came up with 48 different projects,” she says. “I got a lot of buy-in and support, and when I left after five years, we had accomplished all but two of the projects.” For instance, Martin imagined, what if a disability claim was processed immediately? What if VA employees answered the phone? “We didn’t have enough trunk lines [to handle the incoming calls],” she says. 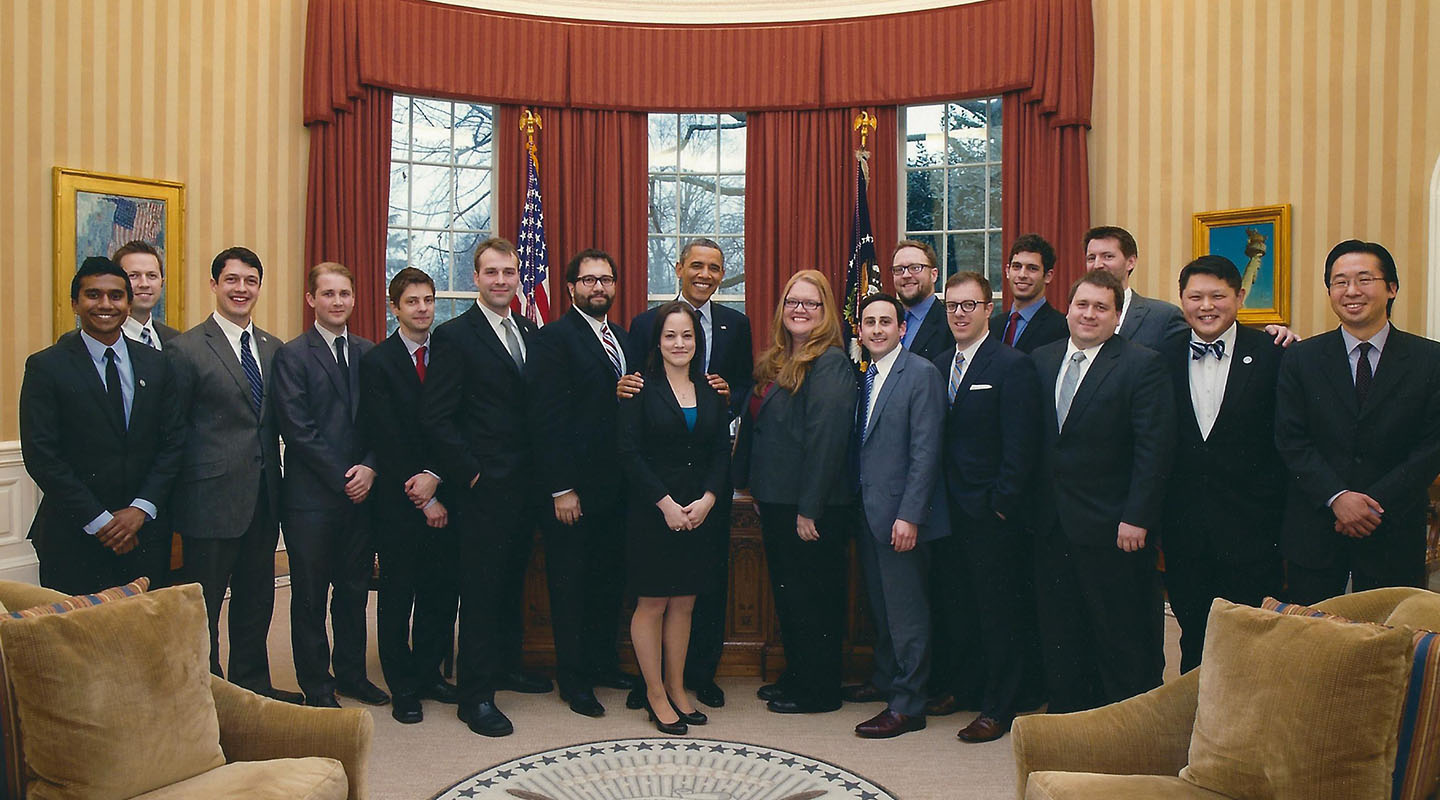 After Obama left office, Martin became a partner with Layer Aleph, a digital services company that restores complex systems to service, or, as she puts it, “fixes big IT disasters.” That “day job” helps fund Martin’s true passion, which is finding ways to make the nation’s complex foster care system function safely and efficiently to minimize the time children spend in foster care.

“About 12 years ago I was looking for a volunteer opportunity that was meaty and challenging,” she says. “Where was a place where I could be genuinely helpful?” After lengthy training, Martin became a court-appointed special advocate for foster care children caught up in the legal system.

“It’s your job not to let them fall through the cracks,” she says. “I’m a tiny drop in the bucket, but I feel like it’s what I was put on earth to do.”

These days, she also is a fellow at the New America Foundation, where she works on technological solutions for foster care to help make connections that will bring best practices to states across the country.

“It provides an additional national platform,” she says of the foundation, which asked her to stay for a second year. “It’s the ability for multiple people to genuinely collaborate” to solve big national problems.

“Systemic change takes a long time,” she says. “It took me years at the VA and that was with full-force gusto. This is a long-term commitment. I want to work in the unsexy spaces where you can help veterans and foster care kids.”