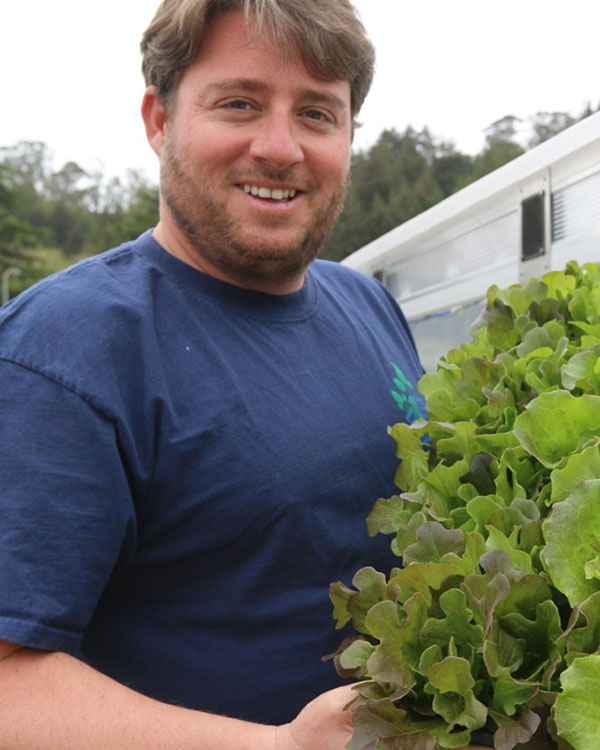 “WHAT WOULD HAPPEN IF WE could bring the farm to the people and measure seed-to-fork in yards rather than miles?” Nick Halmos ’97 first posed this question as an undergraduate at Brown University. He wanted to explore “improving supply chain inefficiencies in our food system by growing food in underutilized nooks and crannies of the urban environment.” So Halmos spent the remainder of his time at Brown studying plant biology, urban planning, and engineering.

He went on to spend several years operating a hydroponic farm inside a shipping container, earning a degree from Vanderbilt Law School (with a focus on corporate and environmental law), and running a legal technology start-up.

After settling in Santa Cruz, California, with his wife in 2011, Halmos once again became interested in exploring new ways to efficiently grow food in urban environments. Putting to use his previous knowledge and experiences, Halmos built almost 50 prototypes and filed four patents to establish Cityblooms, a microfarm technology company that can grow fresh food in a range of climates and everywhere from rooftops to parking lots.

These micro-farms combine hydroponic systems (growing plants in water instead of soil) with automation and live data to safely and sustainably grow produce in urban areas. “By coupling the ability to cheaply deploy complex sensor networks with machine learning and robotics, these systems precisely control conditions to create a stable environment for plant growth,” Halmos explains. “The end result is healthy, delicious, and sustainable sources of food.”

One of the first organizations interested in this food production technology was Plantronics, a technology company in the Bay Area. Plantronics offered to host an installation to provide fresh food to its campus eatery. “This gave us the incredible opportunity to put our ideas into action and push forward with our technology,” says Halmos. “That first ‘food-growing robot’ has been remarkably successful and has produced over 100 different varieties of crops in the three years since our first harvest.” Not long after this successful partnership, Cityblooms was working with large companies like Apple, as well as helping smaller community organizations. 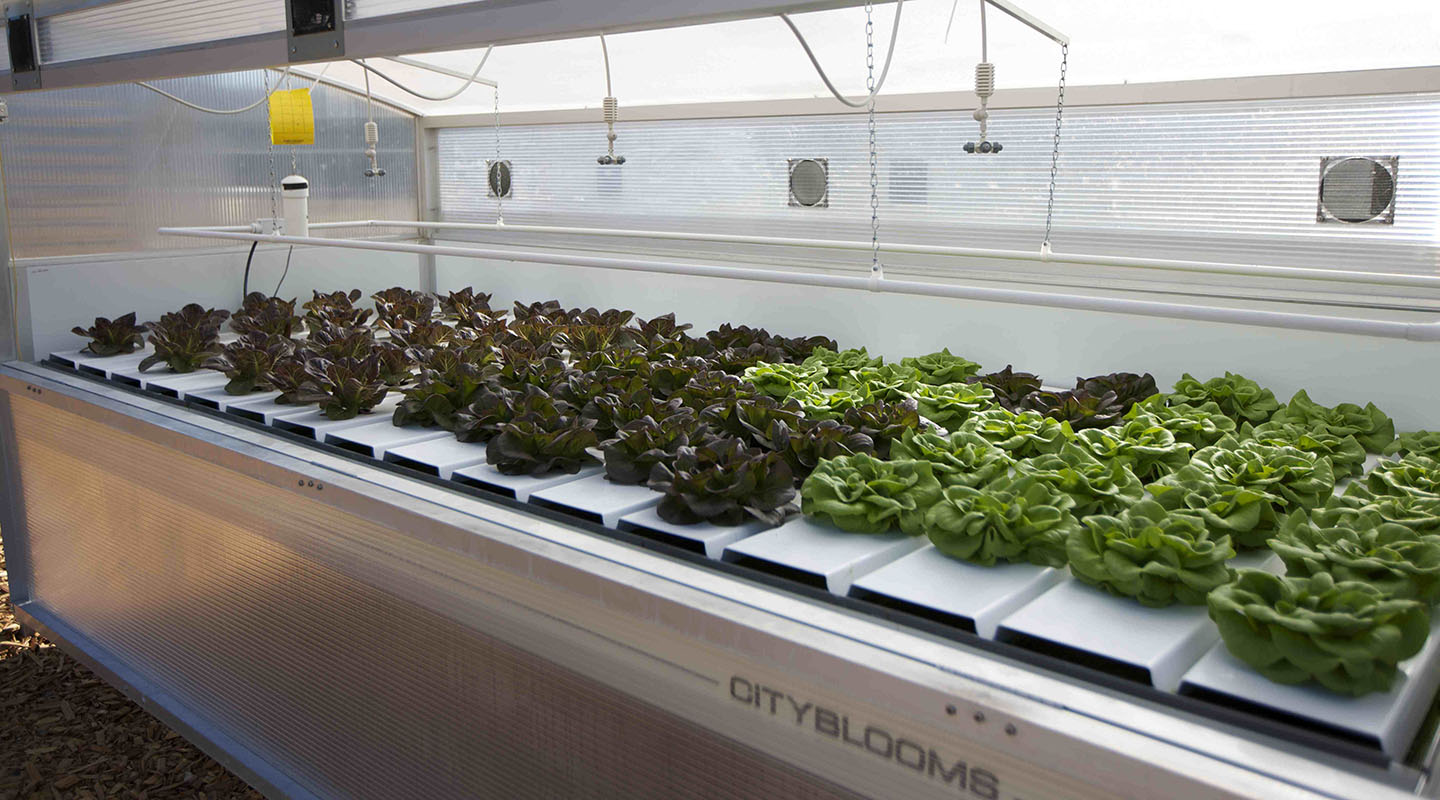 Halmos is leading the way in the rapidly growing food-sustainability industry. “With a global population projected to reach nine billion by 2050, global agricultural output must increase by 70 percent,” he says. “As Nobel Prize winner Norman Borlaug pointed out, over the next 50 years we have to produce more food than we have in the past 10,000 years. Cityblooms will not be the single silver bullet that solves this tremendous challenge, but it will be a part of the larger solution.” 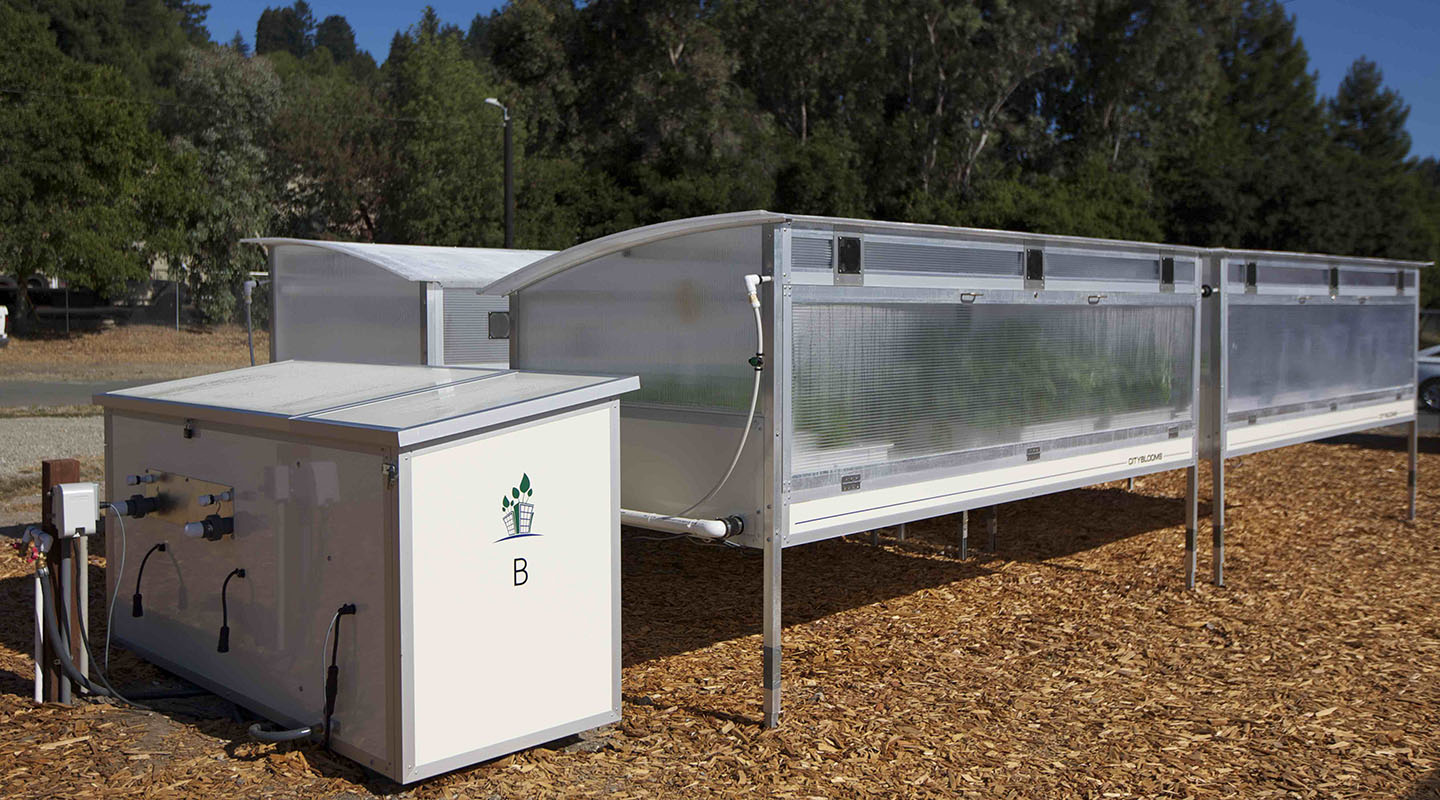 Halmos and his team are passionate about transforming the food system and connecting people with the food they eat. “Our company roots are in the art of growing healthy and delicious food, so the most rewarding part of the job is when we get to interact with the people who enjoy eating our crops,” he says.