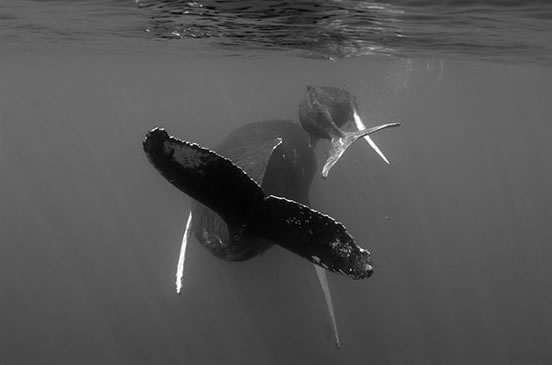 Mr. Handler has been invited to Taft as a Rockwell Visiting Artist. He will speak to the student body on Thursday, November 3 and visit classes on the November 3 and 4.

Mauricio Handler is a commercial and editorial underwater photographer of International regard. His body of work emphasizes his ongoing passion with unspoiled destinations and their unique marine wildlife. Mauricio's editorial and commercial assignments have taken him throughout most of the Caribbean from The Turks and Caicos Islands to Cuba. He has photographed Humpback whales in the Silverbanks, the blue holes in the Bahamas, and the reefs of isolated Cuba. He has worked with spotted dolphins in the Bahamas and the North Atlantic as well as sperm whales and tuna in the Azores. In addition, his images from Fiji, The Galapagos Islands, Cocos Island and Great White sharks off Guadalupe have gained him International acclaim. He has a healthy obsession with sharks, whales and dolphins.

Mr. Handler teaches digital as well as film based underwater housed SLR systems workshops in many exotic land based destinations as well as aboard the finest diving vessels worldwide. Many of his students return year after year in what has become one of the industries most complete and intense teaching weeks for underwater photography. During these workshops Mr. Handler emphasizes the creation of original images using simple as well as elaborate lighting techniques combined with a true understanding of the fine art of image making. He is the author of two books, Diving Guide to the British Virgin Islands, (Lonely Planet) as well The British Virgin Islands: A Photographic Portrait (Twinlights Publishing).

He is the Technical Field Advisor to the Montreal based underwater housing manufacturer Aquatica and is a member of The American Society of Media Photographers (ASMP) His images are represented worldwide exclusively by www.oceans-image.com. More can be found about Mr. handler's work at www.handlerphoto.com