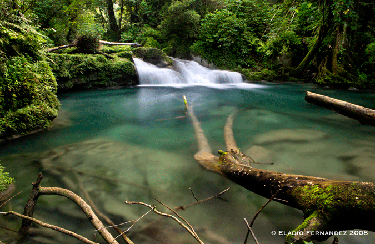 Born on November 27, 1966 in Santo Domingo, Dominican Republic, Eladio Fernandez is a conservation photographer and a naturalist. He studied business at Skidmore College in Saratoga Springs, New York and worked as a business manager for over 13 years until his love for nature and photography became a full time job.

Mr. Fernandez has one of the largest image banks on the last natural landscapes, as well as the fauna and flora of the Greater Antilles. His photographs have appeared in several publications, including the “Wildlife as Canon Sees It” ad campaign for National Geographic, Condor, Nature Conservancy and Living Bird. He co-founded and presided the Sociedad Ornitológica Hispaniola (SOH), an NGO that works to preserve the birds of Hispaniola and their natural habitats.

In 2006 he co-authored with Dr. Steve Latta and Chris Rimmer (et. Al), Birds of the Dominican Republic and Haiti (Princeton University Press). Mr. Fernendez is also the author of Hispaniola: A Photographic Journey through Island Biodiversity, (Harvard University Press. 2007), and Orchids of Dominican Republic and Haiti, (Curva Vertical Press. 2007). Republica Dominicana (January 2008), is a collaboration with three other photographers, Hjalmar Gomez, Jesus Rodriguez, and Jose A. Alvarez, where each combine their diverse photographic perspectives to produce a unified view of their country. With Claudia Catrain, he started Curva Vertical, a private corporation whose goal is to provide education through publications, popular theater, dramatic reading, and presentations on a variety of subjects related to nature and culture.