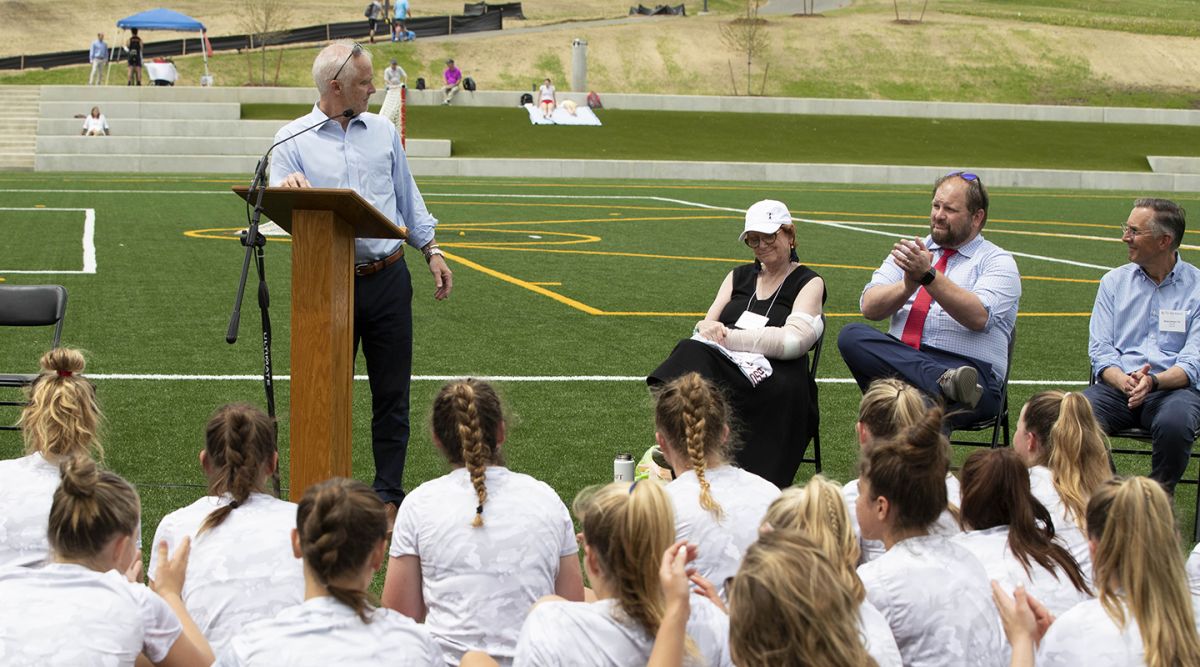 50 Years in the Making: Wandelt-McCarthy Girls' Lacrosse Fund Endowed
May 18, 2022 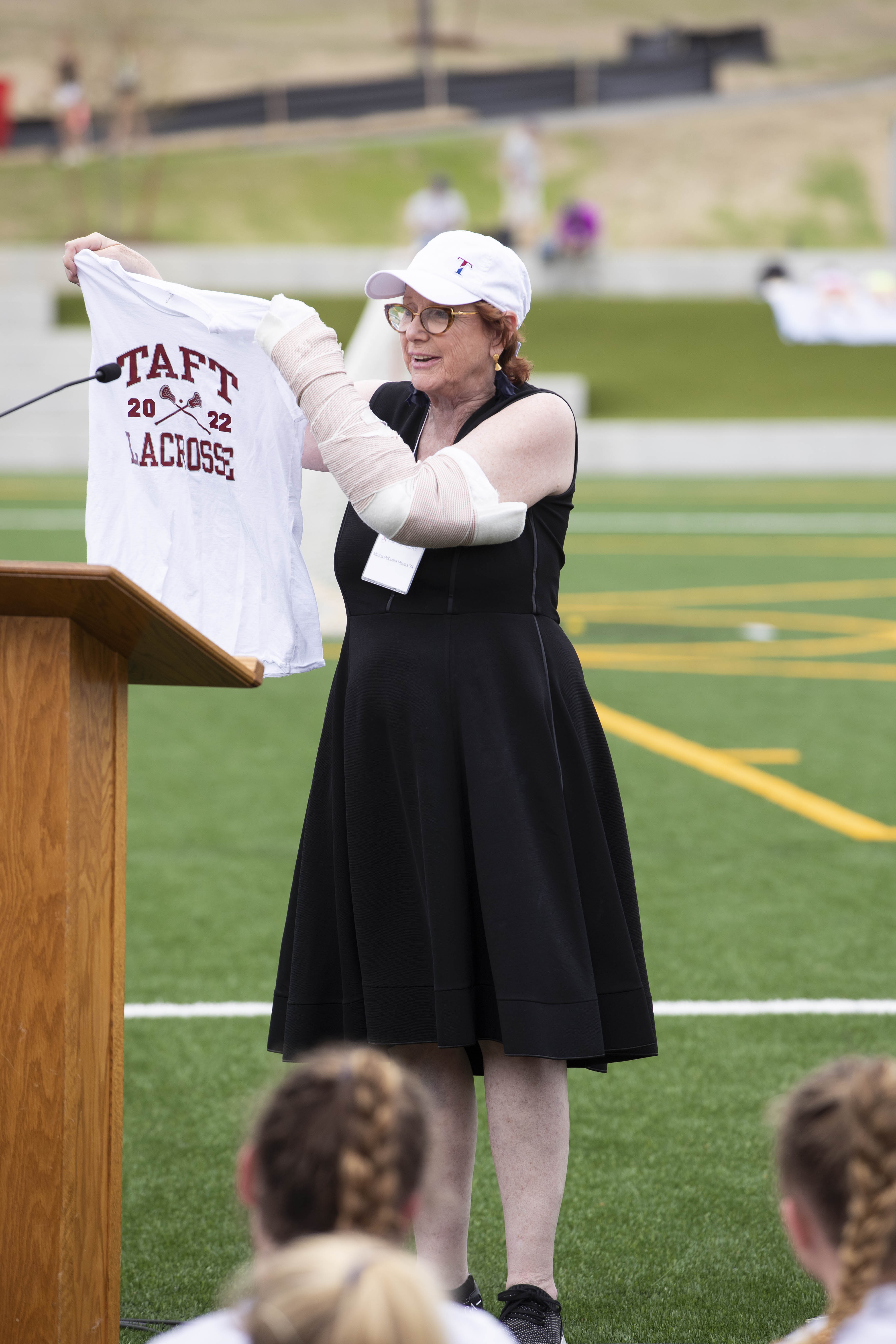 Alumni Weekend 2022 marked the 50th anniversary of coeducation at Taft. It was only fitting, then, that the celebration should include an event 50 years in the making: the creation of The Wandelt-McCarthy Girls’ Lacrosse Fund, endowed by Melissa McCarthy Meager ’74 and honoring the late Ferdie Wandelt. The Fund was introduced during a field-side ceremony attended by McCarthy Meager, current lacrosse players, students, faculty, alumni, and the Wandelt family.

“This is a really special day and a really special moment for us,” noted Head of School Willy MacMullen ’78, “Melissa is the reason you all are here. When she started at Taft, we had just admitted girls. Of course we had no sports for girls; we were starting from scratch. Melissa had the passion and the courage and the strength to say, we need to have [a girls’ lacrosse program]. She went to Ferdie Wandelt—the legendary director of admissions—and asked him if he would be willing to be the girls’ lacrosse coach. And that’s how it started. 50 years ago, Melissa said ‘we need this, we deserve this, we want this, and this will make Taft a better school.’”

The Fund will be administered by Head Coach Jenna McNicholas and Director of Athletics and Afternoon Program Andy Dunn, who will work together to prioritize the team’s needs, and to identify opportunities that will, Dunn notes, allow a new generation of young women to “pursue excellence through the sport of lacrosse.” McCarthy Meager spent time talking with McNicholas during the process of creating the fund.

MacMullen took time during the event to reflect on 50 years of girls’ athletics at Taft, recalling some of the school’s legendary coaches, whose photos flanked the podium during the celebration.

“You’ll see some of the figures here who in the history of Taft are these legendary names—these incredible teachers and coaches. Dick Cobb who was of course the girls’ basketball coach who coached 25 seasons, won 200 games, and maybe best of all beat Hotchkiss 25 years in a row. Patsy Odden was the girls’ hockey coach. She became the best girls’ hockey coach in the country and revolutionized girls’ hockey, and graduated girls who went on to play in college and the Olympics and was an amazing advocate for sports. Rusty Davis was the girls’ soccer coach; his string of victories was just outrageous and the girls’ soccer award is named after him. There are men and women who really changed the course and history of the school because of their devotion to girls’ athletics. This is a day to recognize that we stand on the shoulders of giants.”

McCarthy Meager, MacMullen noted, is one of those giants.

“Melissa made an extraordinarily generous gift to endow a fund for girls’ lacrosse. That fund will allow us to do things that we’ve never been able to do, and that wouldn’t happen without her.”