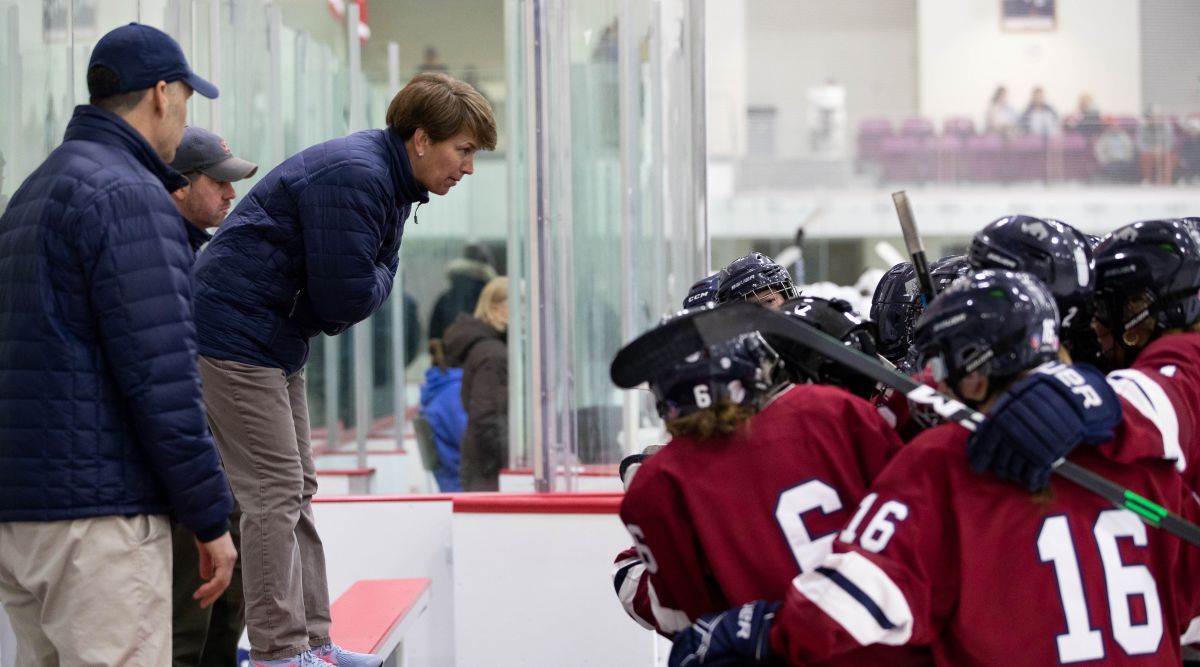 Gretchen Silverman has stepped down as the girls' varsity head coach after leading the team for the past nine seasons. In her time at the helm, Silverman led the girls' varsity hockey team to a Founders League Tri-Championship in 2018, New England Quarterfinal appearances in 2018 and 2022, and an overall record of 71–91–17.

Before Taft, Silverman played hockey for four years at Dartmouth, where her teams won two Ivy League Championships. She was the Ivy League Rookie of the Year in 1990, and two-time Ivy League Player of the Year; she still holds the Dartmouth scoring record for most career goals and points. She has spent time in the summer working with the under-18 squad of Team USA, and coaches local youth hockey teams. She is a member of the U.S. Hockey Hall of Fame, and in November of 2019, Silverman and her teammates were inducted into the U.S. Olympic and Paralympic Hall of Fame. In addition to being the head of the girls' hockey program at Taft, Silverman teaches math and is an admissions officer.

"Coach Silverman took over the Taft girls' hockey program when I was a mid at Taft and, for me, completely redefined what it meant to be a female hockey player and an athlete," says Madie Leidt '16. "She held our team to an incredibly high standard both on and off the ice, transforming Taft girls' hockey into a competitive and respected program. I am grateful to have played for and learned from Coach Silverman and deeply appreciate her commitment to my success and the success of all of her players, past and present."

In her final season at the helm, the girls' hockey team finished the regular season ranked 14th in NEPSAC with an overall record of 11–8–2, including victories over Loomis Chaffee, Westminster, and Hotchkiss. This led the team to a NEPSAC Large School Playoff berth against Governor's Academy at home in front of a packed Odden Arena. They unfortunately fell to Governor's 2–1 in overtime, putting an end to a magical season for girls' varsity hockey.

"Gretchen extends and embodies the tradition of great coaching at Taft," said Head of School Willy MacMullen '78. "That she brought an amazing understanding of hockey is obvious: how many schools have a team coached by an Olympic medalist? But what made Gretchen special was her deep understanding of our mission of the education of the whole student. The hockey rink for her was a place to challenge and inspire her players and a classroom where important lessons of perseverance and teamwork were taught. She was really competitive, her teams were really well-coached, and they represented Taft in proud fashion. We owe her a great debt of gratitude, but hope she will keep skating at Tuesday night faculty hockey, where she still humbles us all!"