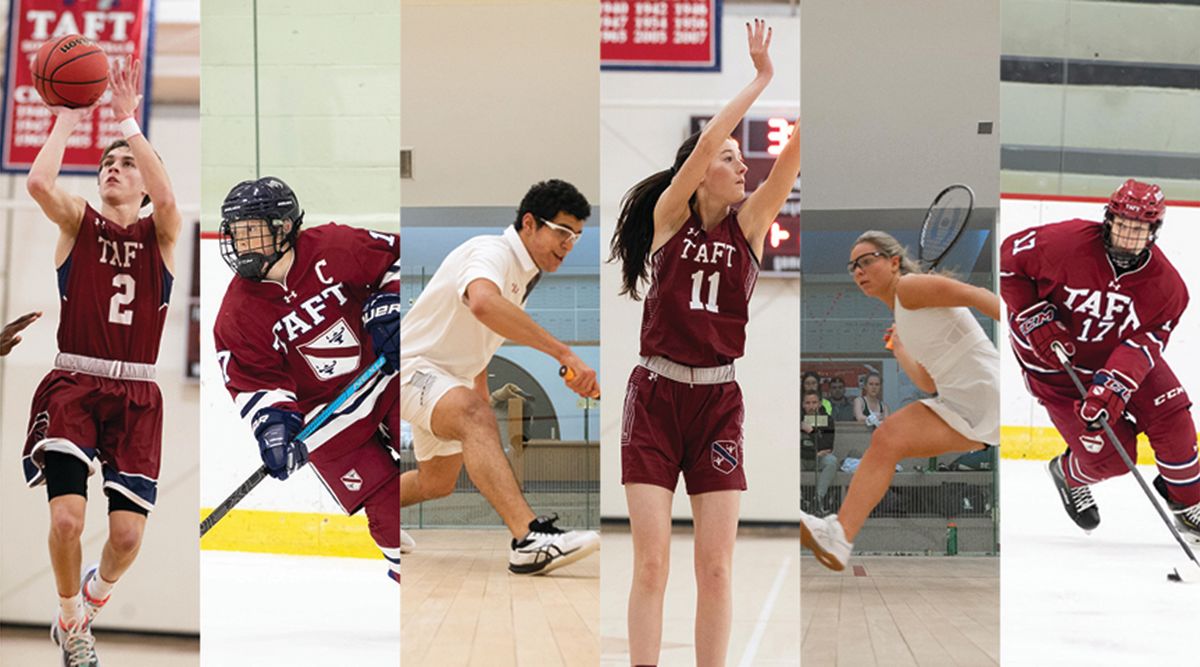 Boys' Varsity Basketball ended the regular season with a victory over Westminster, 50-41, to get them to a 13-12 overall record on the season. They qualified for postseason play, and traveled to rival Hotchkiss to take on the Bearcats in a quarterfinal matchup of the Class A tournament.

Boys' III Basketball finished the season with a perfect record of 12-0. From the coaches, "Coaches Laliberte and Scarano would like to thank the thirds group for not only the Gatorade shower, but for making this season so fun for everyone involved. This team was a true pleasure to coach, our practices were intense and productive, and we enjoyed too many laughs to count. This was a true 'FAMILY'." Congratulations to the boys' thirds basketball team on a great season, and for taking home the, "self-anointed thirds basketball championship of the world."

Girls’ Varsity Basketball ended the season with an overall record of 8-15. With just one senior, cocaptain Anna Koziol ’20, on the roster and having graduated three future college players in the last two years, girls’ basketball struggled to find consistency on the hardwood. They capped off their season with a double-digit victory over Hotchkiss, led by Koziol’s 13 points, and this was especially sweet as it avenged an eighteen-point home loss to the Bearcats just two weeks prior. The team has four starters returning next season—rising senior captain and leading scorer Natalie Hodak ’21, second leading scorer Eliza Ford ’22, and defensive specialists Tessa Graebner ’21 and Lauren Villanueva ’22—so the team’s future appears bright.

Girls' III Hockey captured a victory over Berkshire, and then wrapped up their season with a tradition like no other: Girls' Thirds Hockey vs. Female Faculty. The girls' played to a 4-4 tie, denying the Female Faculty of bragging rights.

Boys' Varsity Squash finished their season with an overall record of 6-6, and then went on to place third at the Squash Nationals that were hosted at Trinity College.

Girls' Varsity Squash finished their season with two strong showings in tournament play. The girls' placed fifth in Division II of the High School Nationals, playing very well, winning three of four of their matchups. They then went on to beat Westminster in the season finale, bringing their overall record on the season to 9-7, before heading to Deerfield for the New England tournament, where they placed second in the B Division, coming in right behind rival Hotchkiss.