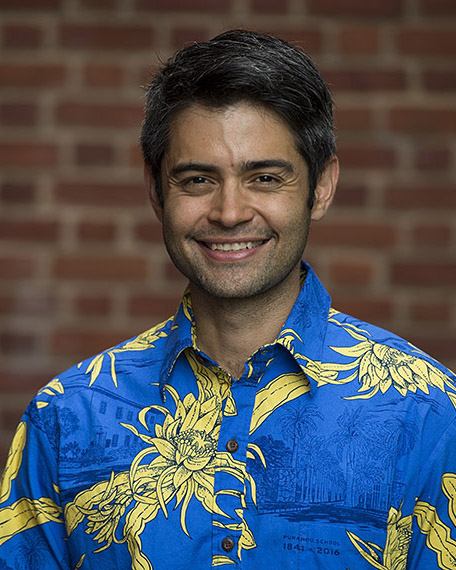 Derek’s teaching experience also includes time at his alma mater, Punahou School, and at Campbell Hall and the Rectory School. He attended Boston University, where he earned a degree in English, with a minor in film studies. He was a four-year starter on Boston University’s men’s volleyball team, and was selected to the All-New England team in 2004. After college, he played for the Boston Knights, a nine-man club volleyball team, as well as several A/AA USAV teams.

Derek has coached a range of volleyball teams, from middle school to college, and Hawaii to Massachusetts. He coached the Boston University women’s club volleyball team, guiding them to a New England Regional Championship and helping them climb the national rankings to as high as the 11th spot. While coaching boys' and girls' volleyball at Punahou School and Campbell Hall, Derek also spent time coaching summer volleyball camps at the University of California, Berkeley.

At Taft, Derek serves as the dormitory head in ISP, where he lives with his wife, Emily, and their daughter, Iris. He coaches varsity volleyball and JV basketball, teaches four sections of English, and is the Upper Mid English section leader. He is currently working towards his Master of Arts in Liberal Studies with a Humanities concentration at Wesleyan University.