Stuart Guthrie was named head coach of Taft’s varsity cross country program for the 2016 season. He is only the third head coach in the program’s history. 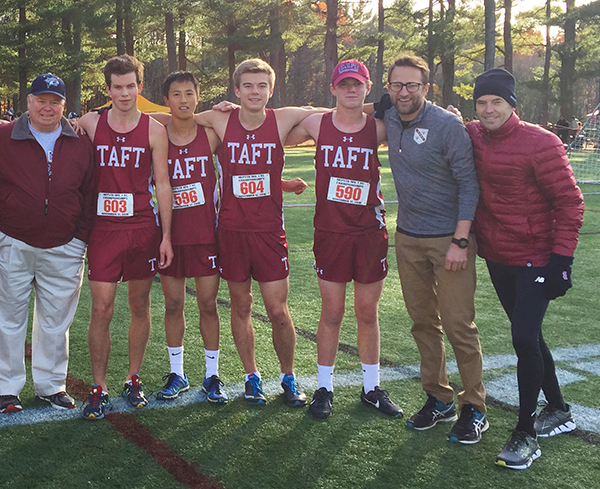 Stuart competed in both cross country and track and field at Plattsburgh State, where he set a school record in the distance medley and was a four-time SUNYAC Conference track and field champion. He was also a member of Chi Alpha Sigma, the National College Athlete Honor Society, a five-time member of the All-Conference Team, four-time member of the SUNY Athletic Conference All-Academic Team, and named to the Commissioner’s Academic List for student athletes. Stuart has completed six marathons since 2012, including the Hartford Marathon and the 2016 Boston Marathon.

In addition to coaching cross country and track and field, Stuart teaches English. He came to Taft from The Knox School in Saint James, New York, where he served as English department chair, an English teacher, dormitory parent, and soccer and baseball coach. While at The Knox School, Stuart was also a faculty member and creative writing instructor at The Arts Center of the Capital Region in Albany, New York. He currently lives in HDT, where he serves as the dormitory head.