You don’t have to be a sports fan to remember women’s hockey making its debut at the 1998 Winter Olympic Winter Games in Nagano, Japan. The U.S. would go on to win the first gold medal in women's hockey by defeating Canada 3-1—a game in which Taft’s own Gretchen Silverman scored a goal. She was Gretchen Ulion then, and had been playing with the U.S. Women’s National Teams regularly since her graduation from Dartmouth College.

Silverman played hockey for four years at Dartmouth, where her teams won two Ivy League Championships. She was the Ivy League Rookie of the Year in 1990, and two-time Ivy League Player of the Year; still holds the Dartmouth scoring record for most career goals and points. She also played lacrosse there, and earned a degree in history.

Silverman has more than 15 years of experience as a teacher and coach in independent schools and youth programs. She has spent time in the summer working with the under-18 squad of Team USA, and coaches local youth hockey teams. She is a member of the U.S. Hockey Hall of Fame.

In addition to being the head of the girls’ hockey program at Taft, Silverman teaches math and is an admissions officer. 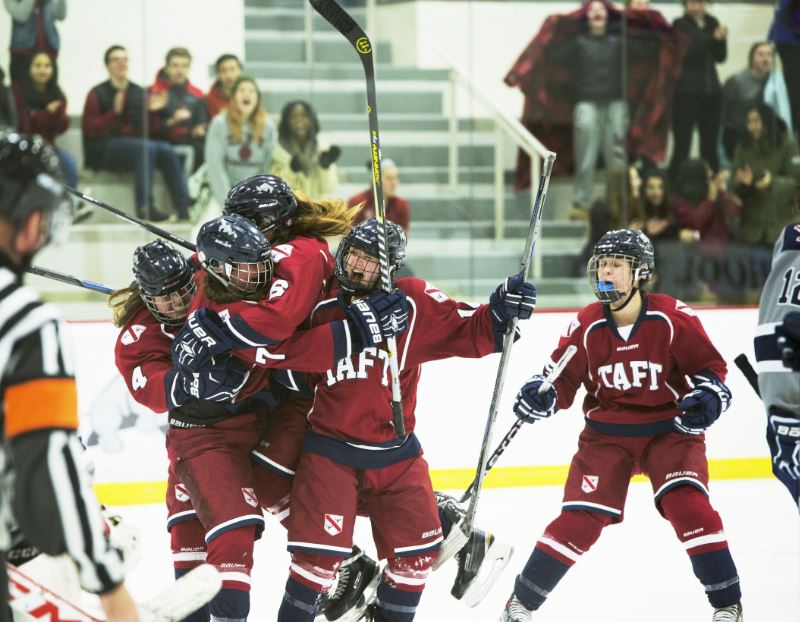