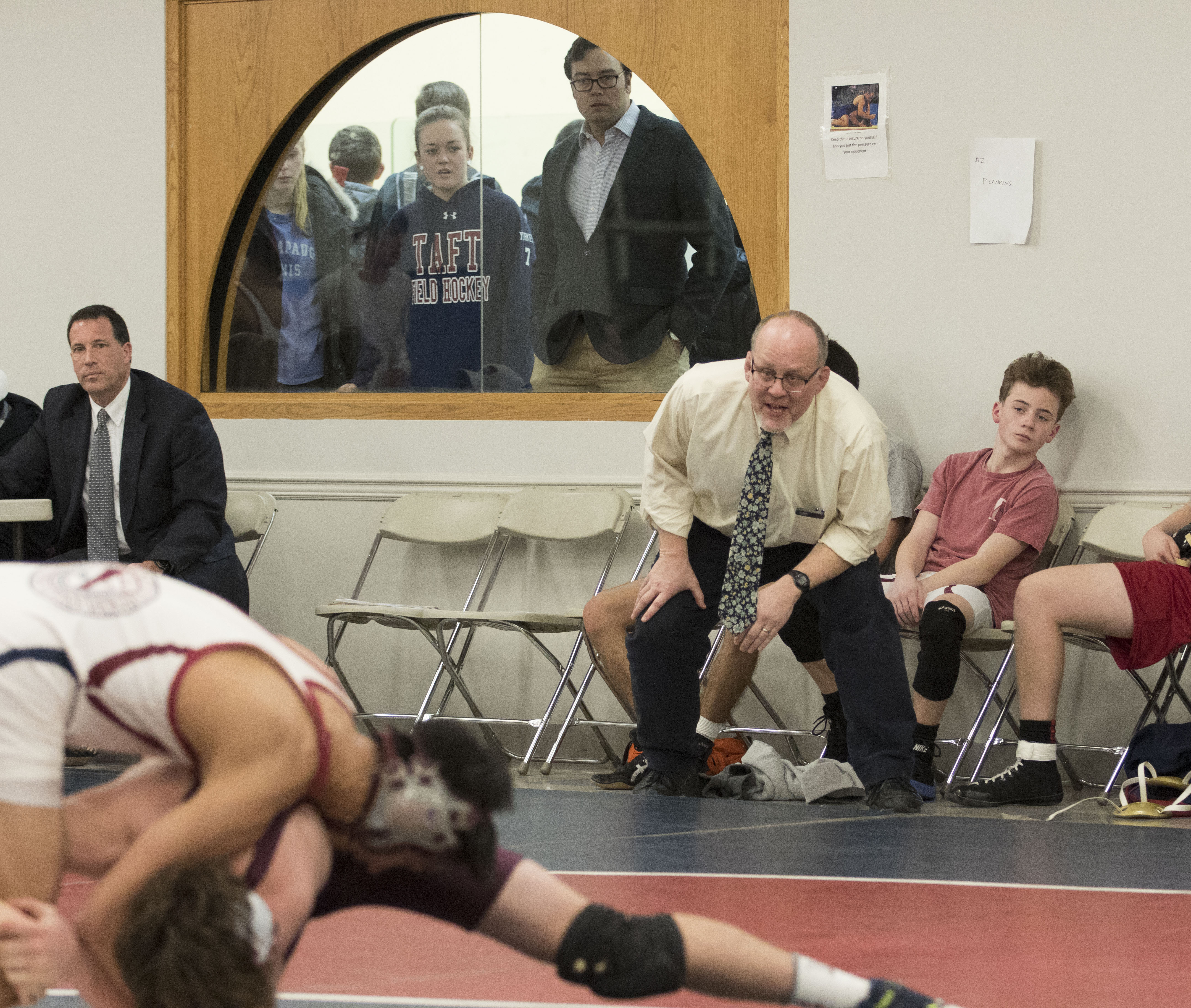 Greg Hawes ’85 returned to Taft in the fall of 2001 and picked up where he left off 15 years before—in the wrestling room. As a student at Taft, Hawes co-captained the 1985 wrestling team and was the winner of the Hitch Award. He was also the 1995 WNEISWA Champion.

After graduating from Taft, Hawes continued his education at Dartmouth College, where he co-founded of the Dartmouth Wrestling Club. Hawes coached at the Potomac School, and at Blair Academy during their run of National Prep wrestling championships and national high school top-10 rankings.  He was assistant coach at Taft for 15 years before being named head coach in 2015.

Greg began teaching at Blair Academy in 1994, when former Taft faculty member and former Blair headmaster Chan Hardwick tapped him to be Blair’s writer in residence and help with the wrestling program. After several years of trying to break into screenwriting, the move to the classroom proved a better fit, and Greg has never looked back.

At Taft, Greg is head of the history department. In addition to being an AP U.S. History teacher, he introduced AP Comparative Government to Taft, designed the lower mid history course, served as dean of students in the Taft Summer School, and helped run the Taft Education Center. He is an AP reader for the College Board and has held multiple workshops on teaching research-based writing. He and his wife, Rachael Ryan, also a Taft history teacher, live in Watertown with their two boys, Peyton and Lachlan.