Baseball has been an important part of life at Taft since the school’s inception. Many descriptions of the extracurricular activities from the early years at Taft mention baseball, and indeed, in the school archives there are photos and accounts (some more than 100 years old) of Mr. Taft playing baseball with the boys. It has even been said that Mr. Taft waited until he had enough graduates to field a baseball team before he was willing to host the school's first alumni reunion.

Today, Taft offers many more options, but baseball still remains an integral part of the athletic program. The team itself is always competitive. There have been many outstanding seasons of Taft baseball, including their 2019 Founders League Championship season. Team play and sportsmanship are emphasized, with the understanding that hard work, persistence, hustle, and attention to detail are the building blocks of athletic success. Still, players and coaches never forget the fundamental reason for taking the field each day: Baseball is fun!

Our facility is part of an impressive complex that includes the Lawrence H. Stone Baseball Pavilion, Rockwell Field, and two hitting tunnels. It is centrally located on campus, and a great place to watch a game. People walking across campus near the pond often end up stopping by to watch a few innings.

Each year a few Taft players go on to play baseball at the college level, and many more come back to watch games and reminisce with coaches about the great experience they had while playing baseball at Taft.

Mike is a graduate of Taft where he played varsity baseball and basketball, captaining both teams in his senior year. Mike was awarded the James Painter Logan Memorial Basketball Award and the Taft School Sports Award. He received a B.A. from Colby College where he was a four-year starting third baseman; he was named first-team All-NESCAC and was named to the D3baseball.com National Team of the Week in his senior campaign. After college, Mike joined the faculty at St. Andrew’s School in Middletown, Delaware. During his seven years there, he taught math, served as an academic advisor and dean for sophomore boys, was a dorm parent, and held several coaching positions including head varsity baseball coach and head varsity volleyball coach. In 2018, Mike was named the Delaware Independent School Conference coach of the year. Mike also taught SAT prep classes for the Delaware College Scholars Program for five summers. In 2018 he earned an M.Ed. from the University of Missouri. At Taft, Mike teaches math and coaches thirds volleyball, junior varsity basketball, and will head the varsity baseball program. He lives in Charles Phelps Taft dormitory with his fiancée, Alex Budd, and their yellow lab, Tino. 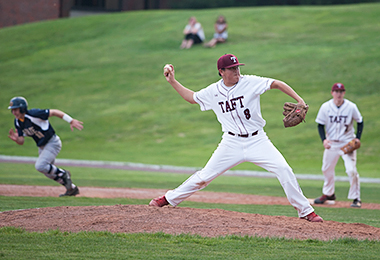 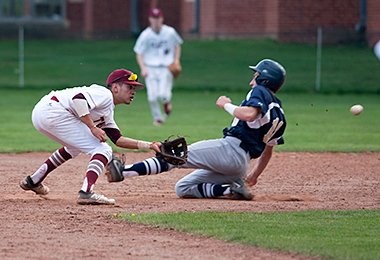 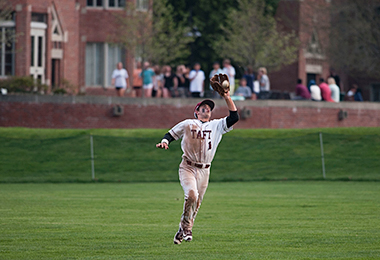