The Taft boys' crew team is comprised of six fours—four varsity boats and two junior varsity or novice boats. Each of these boats races throughout the spring season against strong competition from around New England. Boats compete in a challenging dual racing schedule and attend the du Pont Cup and Founders Day regattas. The four varsity boats compete each year to qualify for the New England Interscholastic Rowing Association Regatta, a regional championship that showcases some of the best competition in the country in scholastic rowing. In the past decade, Taft has been one of a few schools in New England to consistently qualify all four of its varsity boats for the championship regatta. In 2018, Taft's first varsity boat won the Petite Finals, and the team finished fourth in the point trophy results.

Rowing at Taft offers a great opportunity for those new to the sport; in fact, many of our rowers learn how to row when they sign on with the team. These novices are joined by rowers with experience at local clubs or at their previous schools. Throughout the season and over the course of their rowing careers, rowers and coxswains learn to master a complex and demanding sport that challenges the individual as well as the team as a whole. Rowers push themselves and test their limits of strength and endurance on a regular basis throughout the season. They learn the value of making a great effort over an extended period of time to achieve a desired goal.

In recent years, Taft rowers have moved on to college programs at all levels, including such schools as Yale, Princeton, Dartmouth, Georgetown, Williams, Lafayette, and George Washington.

Martin rejoins the Taft community after two years teaching history and economics at Germantown Academy in Fort Washington, Pennsylvania. Martin graduated from Brown University in 2014 with a degree in modern North American history. A four-year member of the Brown crew team, Martin served as co-captain of the team during the 2013-2014 academic year. Racing in the Varsity 8+, Martin earned silver medals at the IRA National Championship Regatta in 2012 and 2014; he also competed in the Henley Royal Regatta in England following the 2012 and 2014 seasons. Beginning his teaching career as a PRMT Teaching Fellow, Martin earned his MSEd from the University of Pennsylvania, writing his inquiry paper on the role of guided reflection on student engagement, graduating in the spring of 2016.  Since completing his master's program, Martin has continued to seek professional development opportunities, including attending a Gilder Lehrman Institute workshop on the Civil War in the summer of 2016, the Stanley King Counseling Institute workshop in the summer of 2018, and the Race Institute in the winter of 2020. At Taft, Martin teaches Foundations and AP U.S. History, is the head coach of the boys' varsity crew team and coaches boys' III's basketball, and is the dorm head of HDT 3. 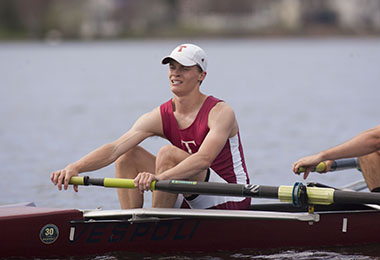 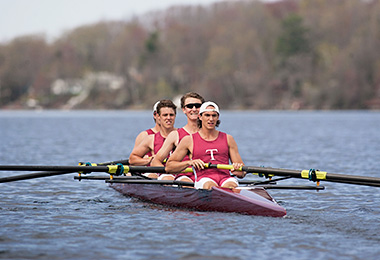 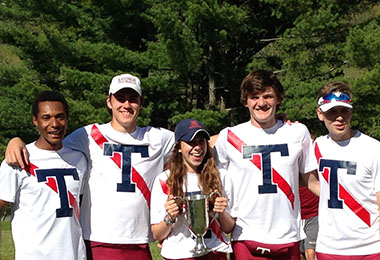