Taft’s girls’ crew program was founded in 2001 on Bantam Lake and it has grown to become one of the largest spring teams at Taft. Comprised of seven boats, the team is home to novice and experienced rowers. The goal of Taft girls’ crew is to create a supportive environment where coaches and teammates push each other toward competitive success as individuals, as a boat, and as a team.

Many of our athletes begin their rowing experience at Taft. For that reason, we place special emphasis on our novice program where we focus on developing the good technique, physical strength, and self-discipline that the sport demands. The challenge is then to develop novice rowers into competitive varsity athletes in a short period of time. Most of our most successful varsity rowers started as novices at Taft.

For all boats, the racing season is geared toward the New England Interscholastic Rowing Championship Regatta (NEIRA). Since joining the league in 2001, Taft girls’ crew has seen increasing success and maintains a rigorous schedule against some of the strongest fours programs in New England.

Many graduates of Taft crew have gone on to row in college at both the Division I and Division III levels. Taft rowers make up the crews of schools such as Dartmouth, UPenn, Clemson, Cornell, Bates, Williams, George Washington, Georgetown, Holy Cross, Amherst, Stanford, and Brown.

About Head Coach Will Shotwell

After graduating Phi Beta Kappa with an English degree from Wesleyan University, Will worked for the Educational Testing Service as an assistant examiner, writing and editing SAT Verbal and AP English exams. From there, he entered a Ph.D. program in comparative literature at Brown University. After completing his first year of course work at Brown, Will spent four years in Paris, France; he worked for two years as an assistant d’Anglais in two lycées while also teaching English and intercultural communication for a private language company. Returning to Providence, Rhode Island, in 1991, Will earned a Master of Arts and Ph.D. in comparative literature from Brown University, specializing in English and French literatures of the 18th century. In 1996, while still completing his doctorate, he began a 15-year tenure at Lincoln School in Providence, where he served as a humanities teacher in both English and history, crew coach and director of the crew program, squash coach, and cross country coach. During his time at Lincoln, Will helped found and served as the director of the school’s Center for Peace, Equity, and Justice through Service. In his final year at Lincoln, he served as technology integration specialist, a position that supported faculty in their efforts to integrate technology into their curricula. At Taft, Will heads the Global Studies and Service Department, teaches English, coaches rowing, times for basketball games, and does school duty. 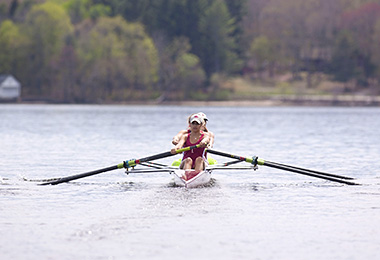 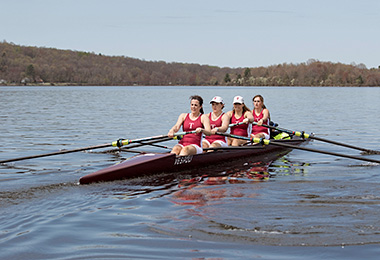 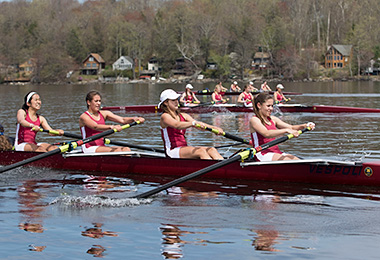