The varsity field hockey team has perennially been one of the top teams in New England, winning the New England tournament in 1999. In the past 14 seasons, the team has qualified for the New England tournament 9 times. The team averages 12 wins a season with only 2.5 losses. The field hockey program consistently has strong, well-balanced teams and many players choose to continue their field hockey careers at the college level. Recent graduates have played at Duke, Middlebury, Yale, Brown, Bowdoin, Princeton, and Trinity, just to name a few. The JV and thirds teams are part of the whole field hockey program. Girls who start on thirds have the opportunity to move up to JV and varsity. All three teams focus on developing the basic skills that provide the teams with consistency and which makes the program stronger year after year. Both the JV and thirds teams are often as competitive as the varsity.

The philosophy of the Taft field hockey program is to learn through the challenge of playing a team sport that you can do things that you did not think you could do. We constantly strive to be the best athletes, to represent Taft at the highest level of sportsmanship and ability, and to always remember that we play sports to have fun.

Ann Bell is a graduate of Lawrence Academy and Brown University. During her playing career at Brown, Bell was a starter and significant contributor to the team’s success. In her senior year, she was recognized with the Laura Kavazanjian ’06 Award for the Outstanding Defensive Player. Prior to joining the Taft faculty as an admissions officer and an assistant coach for the varsity field hockey team, Bell served as the assistant director of athletics and head coach of both the varsity field hockey and lacrosse teams at Westover School, and as the assistant director of admissions at Trinity-Pawling. Bell currently serves as a Level I Futures Coach and a Brown University Field Hockey Mentor where she assists students through the college recruiting process. 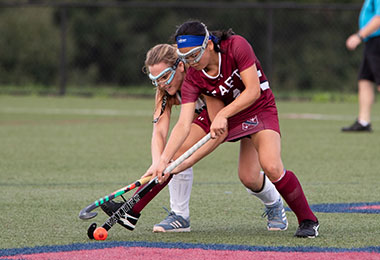 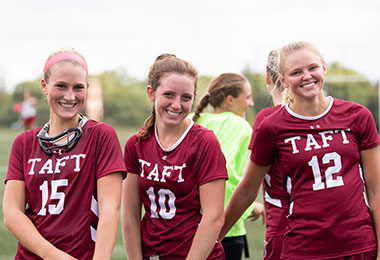 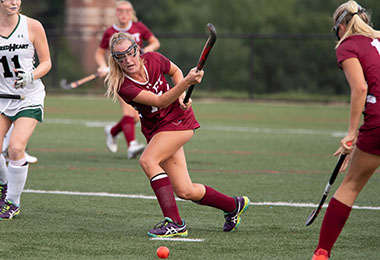