The Taft volleyball team is regarded as one of the top teams in New England's Class A Division. The team has logged an impressive tournament record, with 15 New England Tournament appearances as quarter-finalists, semi-finalists, and finalists since 2001.

Taft was the first private school to receive the Sportsmanship Award from the Connecticut Officials' Association. The team has been honored by the American Volleyball Coaches Association (AVCA) for academic excellence and has received the AVCA Team Academic Award for the past 14 years.

In addition to their dedication to excellence on the court, in the classroom, and across the campus, volleyball players at Taft commit their time and energy to supporting various community service organizations, such as Project Window, a non-profit organization that creates opportunities for girls living in low-income housing. Wearing pink uniforms, players have raised breast cancer awareness, and contributed more than $8,500 to the Dig Pink organization. The team also hosts clinics for Special Olympians in the community throughout the academic year. 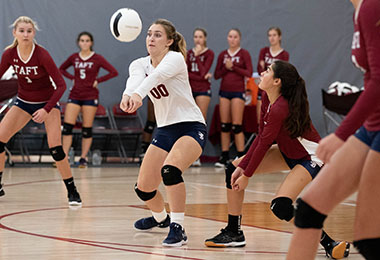 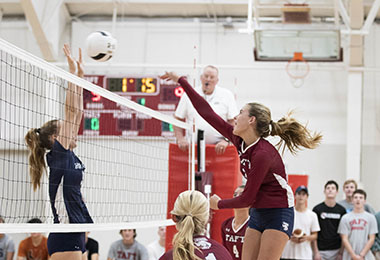 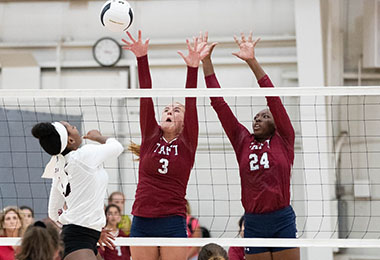