Taft basketball enters the 19-20 season hoping to qualify for post season play in Class A for the twelfth time in eighteen years.  Taft competes in both the Founders and Tri-State leagues during the regular season. NEPSAC's Class A is one of the premier leagues in the nation and is perennially known for having division one talent. The 201819 squad finished the season with a 10-13 record, and was able to compete with the top teams in Class A. The Rhinos finished the season winning three of their final four games and look to use the positive momentum to propel them into the 2019-2020 season. The team will be captained by Michael Yamin '20.

Shavar graduated from Dover High School in New Hampshire, where he was captain of the basketball team for two years and first-team All-State and Seacoast Player of the Year in 2004. He attended Bridgton Academy for a post-graduate year. There he earned the Frances L. Spooner Award, which is awarded by the faculty to the student deemed the most outstanding in general excellence of studies, loyalty, and uprightness of character. Shavar then attended Connecticut College, where he earned his Bachelor of Arts in human development and played four years of varsity basketball. A three-year captain at Conn, he earned many accolades, including the Sportsmanship Award his sophomore season. When he graduated, Shavar was the first all-time in career three-pointers and the tenth all-time in career points. He was named to the All-NESCAC second team and was selected to the NEBCA Division III all-star game. Additionally, in college he worked in the alumni relations office, served as a teacher's aide in the college's children's program, coached at Conn College basketball camps, and assisted as a basketball coach at Waterford Middle School. After college, Shavar served as an assistant men's basketball coach and intramural assistant director at St. Michael's College in Vermont, where he was also responsible for directing the school's summer basketball camp. He began his independent-school career at The Gunnery, where he worked for two years as an assistant director of admissions, LEADS teacher, head varsity basketball coach, assistant football coach, and dormitory resident. At Taft, Shavar is an admission officer, serves as a dorm parent, and is the head boys' basketball coach and assistant football coach. He is currently working on his master's degree at Dartmouth College in liberal studies with a concentration on cultural studies. Shavar lives off campus with his wife, Caroline. 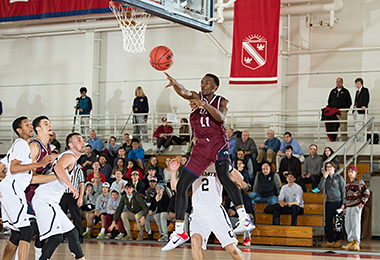 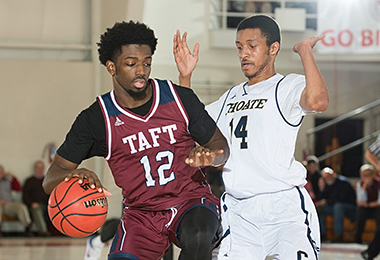 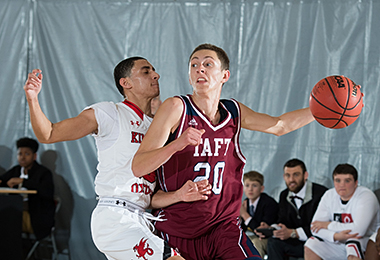