Squash has existed at Taft since 1972, and, since its inception, it has always been one of the most popular sports at the school. As a result of this popularity and the dedication of several experienced coaches, the program has grown each year and now boasts three competitive boys' teams and a large group of enthusiastic intramural players.

Taft Squash strives to develop lifelong players who will leave Taft with a strong grasp of the fundamentals and a love for the sport. Further, Taft squash players are continuing their careers at the collegiate level and beyond. Our players have represented Trinity, Amherst, Tufts, Bates, Middlebury, and a host of other schools.

Taft has always occupied a place amongst the squash elite. Founder’s League competition began in 1985, and since that time Taft has been crowned Founder’s League Champion 19 times, most recently in 2011. This includes a streak of 14 straight years from 1993-2006. During this time, Taft was also New England Champion six times, most recently in 2011.

Kate came to Taft from Hamilton College, where she worked as the assistant women’s lacrosse coach and the assistant men’s and women’s squash coach. She is a graduate of Suffield Academy and was awarded the George Butler Cup for Athletics and Sportsmanship as well as membership in the Torch Society, the school’s highest award for character and integrity. Kate went on to earn a Bachelor of Arts in human development from Colby College. While at Colby, she played varsity soccer, squash, and lacrosse, and was elected captain for each of these teams during her senior year. In addition to her numerous All-NESCAC honors, Kate received The Millett Award, which is given to the top female student-athlete who has contributed the most to Colby athletics in her four years. Kate is an admission officer at Taft, also serving as assistant coach for girls’ varsity soccer, head coach for boys’ varsity squash, and head coach for girls’ varsity lacrosse. She lives on HDT2.

No coaches were found for this team. 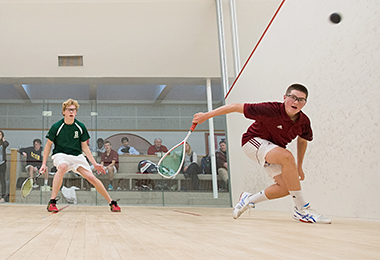 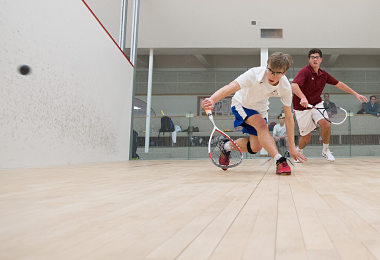