The Taft girls' hockey team prides itself on effort, teamwork, and character. Our girls are serious student-athletes who strive for excellence both on the ice and in the classroom. The girls' hockey program at Taft has a long tradition of success. One of the oldest female hockey programs in the country, the team celebrated its 40th anniversary in 2015. A consistent member of the top 10 teams in New England, Taft has made regular trips to post-season play. The program has also claimed the New England Championship Title three times. The coaches maintain a strong emphasis on individual skill and tactical play development with a focus on preparing players for success at the collegiate level and beyond. Players benefit from four on-ice practices per week and an off-ice strength and conditioning program. Taft plays one of the most competitive prep-school schedules around and hosts the Patsy K. Odden Tournament in mid-December. Taft graduates consistently move on to play collegiate hockey at the Division I and III levels. Several Taft graduates have moved on to play at the international levels for both the U.S. and Canada and two graduates have been honored with two of hockey's highest honors. Chanda Gunn '99, a member of the 2006 Olympic Team and graduate of Northeastern University, was honored with the Hockey Humanitarian Award in 2004 and A.J Mleczko '93, member of the 1998 and 2002 Olympic Teams and graduate of Harvard University, won the Patty Kazmaier Award in 1999. 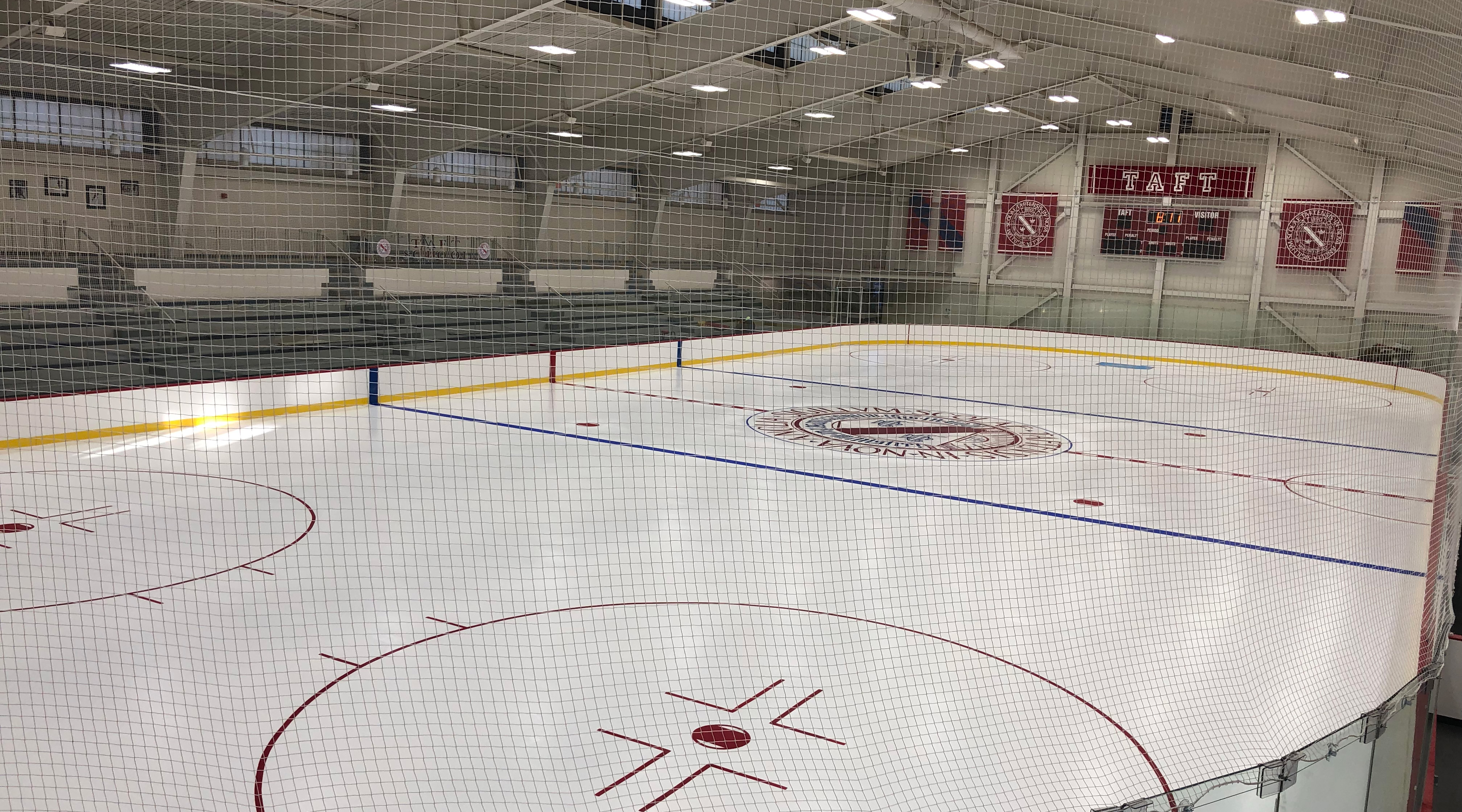 Mackenzie began her career in coaching at Connecticut College, where she spent three years as an assistant coach. During the summers, she is involved in the USA Hockey national development camps and regional tryouts as a coach and evaluator. At Taft, she works as an admissions officer and head coach of the girls’ varsity ice hockey team.