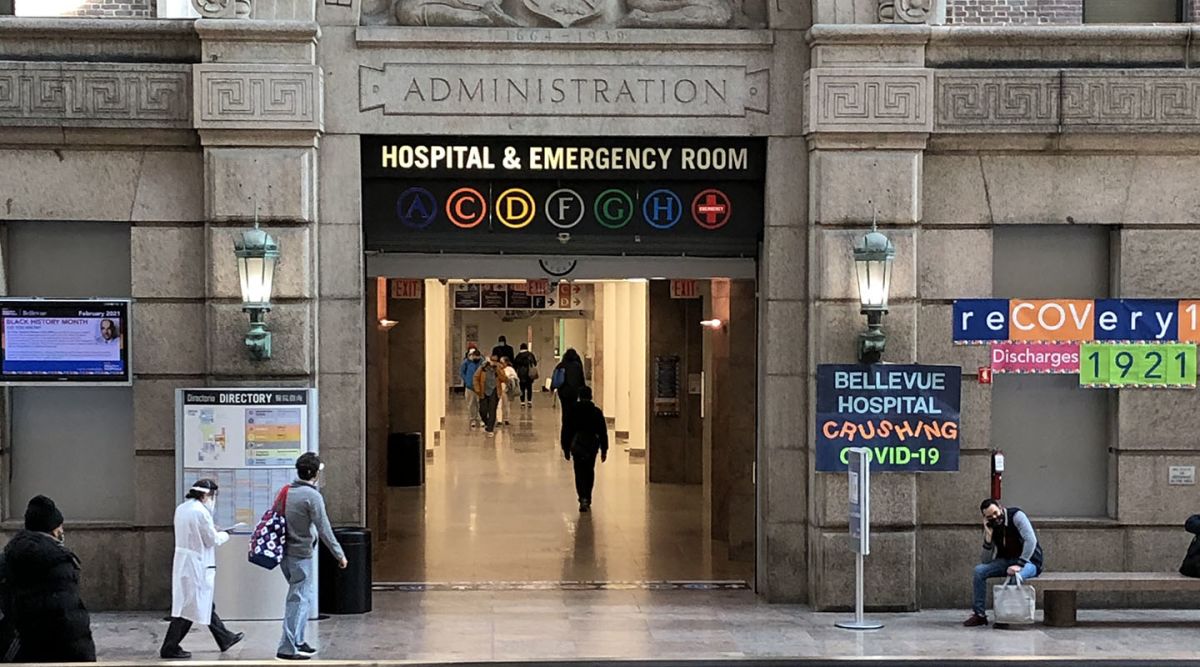 Dr. Paul Ehrlich '62 and his work as a New York City allergist-immunologist 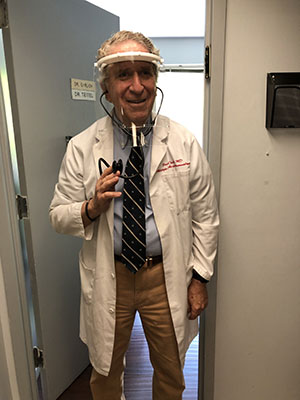 The COVID pandemic has impacted Dr. Paul Ehrlich '62 in many ways. As an allergist practicing in New York City, he recognized that the virus could affect the patients he treated in particularly terrible ways.

What he didn't know when the pandemic began was that the virus would infect him and take the life of his wife, Avis Alexander, in December 2020. He and his four adult children are still dealing with the grief of the loss of his wife.

Ehrlich, who occasionally suffers from "brain fog" since getting COVID-19 last fall, has otherwise recovered, and he continues, at 77 years old, to teach interns and medical residents as clinical assistant professor of pediatrics at New York University School of Medicine and to treat patients at Bellevue Hospital. "I will say that my health issues have helped me to be a better physician, albeit at a reduced pace," he says.

He is coauthor of many scientific articles as well as the book Asthma Allergies Children: A Parent's Guide and the website with the same name.

A Navy veteran, Ehrlich was a colleague of Dr. Anthony Fauci, the nation's top infectious disease expert. He said he appreciates the job Fauci is doing leading the nation's COVID efforts.

"The approach to COVID at the present time has finally gotten on track here in New York City," he adds. Ehrlich said the early days of the pandemic, when the city was the virus's epicenter in the spring of 2020, were challenging. But now that the vaccines have begun to roll out across the country, he's pleased with what he's seeing in term of compliance—at least in New York City. He cautioned, however, against the premature reopening of states since the nation has not reached "herd immunity" yet and may never do so.

"The governor in Texas is absolutely [foolish]," Ehrlich says of the leader of the first state to completely open in March. "I'm very annoyed by him. Here in New York City, people are very, very good. I take the subway, and it's not loaded with people but everybody's masked. People are very good. If they're willing to do it in New York City, then other people should [be willing to] do it too."

He says that the nation could go back into lockdown if the vaccines aren't able to protect people from the virus variants. But he's optimistic, based on what he's seen so far.

"I definitely think the vaccine is doing what it should be doing. We've had a lot of success at NYU. Here in New York City, we've been OK. The problem is the variations of the virus, and New York, being what it is, people are coming in from every place," he says. "Hopefully as things move on, we will start to get coverage for these variants."

"People may cough and have it in their throat and pass it on," he says. "It could still cause the problem."

A bright spot in the epidemic is the relatively lower number of children who have become seriously ill with the virus. Ehrlich specializes in treating pediatric asthma and allergy patients, and he said he's been pleased that fewer of the stricken are children.

He has been chosen by New York Magazine as the top practicing pediatric allergist in Manhattan every year over the last 12 years.

"Allergists are now taking care of a lot more patients with acute bronchial asthma, allergic rhinitis, eczema, and immune deficiencies," he says. "We do have a lot of things with which to treat the patients and care has been a lot easier. Bronchial asthma used to require the use of a lot of cortisone, but over the last four years, they've come up with a variety of medications that work...so that cortisone is not necessary.

"I'm very pleased that very few of these patients, before COVID, were hospitalized, and so I did have a lot of free time on my hands," he says. "I really have a need to go to the hospital and see patients [there], but once [the pandemic] started a year ago we had a lot more COVID patients whom I saw on an outpatient basis."

The coronavirus has thrown his medical specialty into high relief as scientists study how the body reacts to the virus that's invaded it. Serious immune reactions can cause long-term damage to the lungs and the heart, which is what happened to Ehrlich's wife, who died of a COVID-related heart condition.

"People have to really understand this is not some sort of easy thing and you take a medication and it goes away," he says. "People have to understand and not think, Oh I got the virus and it will go away. Look at Avis and me. Hers involved a cardiac issue. This is a bug that can take on a look that makes it difficult to get rid of. Steroids cut down [on symptoms] and make them not as hard on your system. But your lungs look like hell after a while."

Ehrlich says he's pleased that the country has begun vaccinating adults against the virus.

"When I was born there were no vaccinations," he says. Ehrlich's father, who was a friend of Dr. Jonas Salk, the vaccine researcher who developed the polio vaccine, was a pediatrician. His children lived for a time in a space that also served as the older Ehrlich's office. "When I was a kid, my crib was in the corner of the examination room—all day long kids would come in with measles," Ehrlich says. "When they finally got the measles vaccinations, my younger brothers got them, but my father said you don't need those shots because you've had the exposure with all the kids who came in. Last spring, we were hoping to go to India for our nephew's wedding. I checked my antibody levels— I had held those measles antibodies for 75 years.