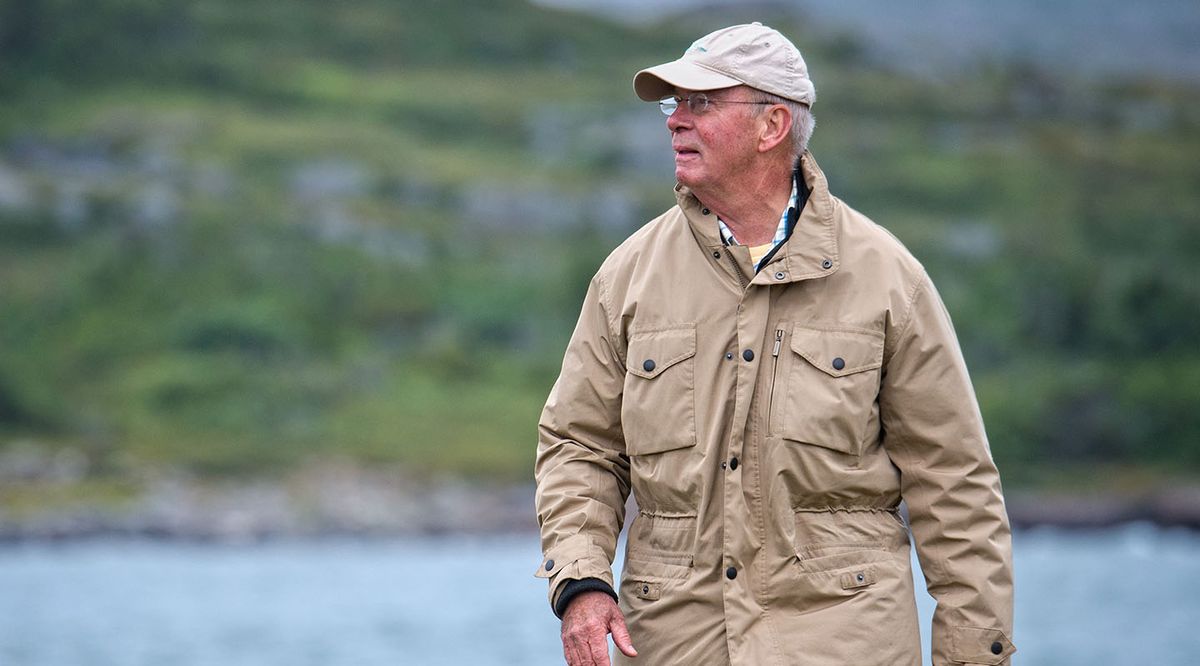 "Larry has lived out our motto in an incredible fashion," says Headmaster Willy MacMullen '78. "He has been a leader in the environmental and conservation fields...He is at once a 'big picture' leader, with strategic vision, the ability to shape policy and connect with leaders around the world; and yet he also knows what it is to roll up his sleeves and mentor young people, clean water, and preserve habitats." 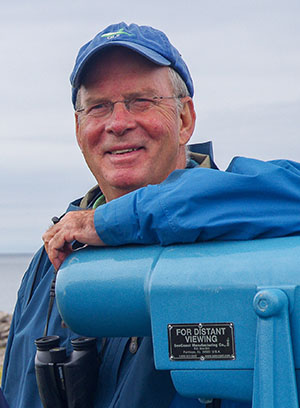 Larry Morris '65, who receives this year's Horace Dutton Taft Alumni Medal, is a modest but social man. From the earliest days of his career, he understood—instinctively it would seem—that conservation and resource management are really about relationships.

Morris describes himself as someone who never grew up or knew what to do with himself. But the fact remains that he has led the Quebec-Labrador Foundation, or QLF, for nearly 40 years, and he leaves behind an incredible legacy in the people he has mentored there.

QLF works around the world investing in nature to help cities and rural communities, companies, and farmers—one person at a time—plan for a future where the needs of people and the environment can be balanced.

Three years into his president emeritus role, in which he is a sort of roving ambassador, Morris continues to serve QLF.

"It was hard at first," he says, "in a psychological sense, but I'm enjoying it." In his typically self-deprecating tone, Morris refers to his exalted sounding title of emeritus as "learning to keep my mouth shut."

This new role has given him the "opportunity to take care of unfinished business" and given him time to write and reflect. He calls it a labor of love. "I'd do it for free if I could afford it—that's been true of my whole career," he adds.

QLF is an organization built on relationships, he says. "It's a hard sell unless you've had familiarity with it. Keep your friends and relations connected." He mentions numerous Tafties who've supported him in QLF's work along the way. Former Headmaster John Esty, when he was at Rockefeller Brothers Fund, and Bob Poole '50 both directed him early in his career, and many 1965 classmates and alumni from other classes have supported him all along.

The organization works locally, but ties into big environmental initiatives and brings them into communities. "It sounds simple," he says, "but no one was doing it then—community-based conservation."

"Larry Morris is an outstanding choice for the 2019 Alumni Medal. His life has been dedicated to the protection of critical and irreplaceable natural resources and the education of people, young and old, about the importance of that mission. His leadership has also transformed the QLF into an organization of international prominence, with influence far beyond its home communities. It is an honor to bestow the award upon Larry this year."—Holcombe Green '87, trustee and outgoing chair of the Horace Dutton Taft Alumni Medal Committee

That connection between community and conservation was not obvious at first, he says. The QLF team began with a focus on service and community and gradually found a niche among conservation organizations—developing local support for conservation initiatives—something not many nonprofits were doing back in the early '80s.

"QLF's model of working across borders is one of our hallmarks," says Morris, "and has been responsible for our being invited to share our Atlantic region and our operational methodologies with other regions around the world."

His colleagues credit him for building a formal year-round internship program. That they hired young people, interns, was key, he explains, in that they avoided the Ph.D. hubris "that might come in and say 'we know best.' QLF's goal has always been to work with communities and really listen to them."

There are now 5,000 QLF alumni in the U.S., Canada, and around the world. The organization has worked in 24 countries. He pushed boundaries from U.S. and Canada to Central Europe, Middle East, Latin America, and the Caribbean. As an NGO, they are able to address transboundary environmental issues, like watersheds or wildlife migration corridors, in ways not possible by governments. 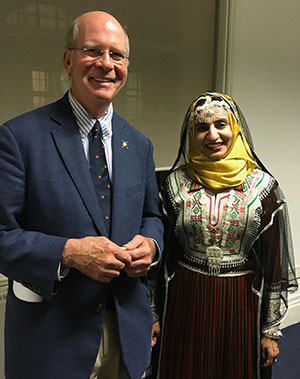 As for what specific initiatives Morris is most proud of, "The Middle East Program begun in the mid-'90s to promote communication among countries there based upon common concern for the environment which they all share, is one," Morris says. "It's built on the QLF model of working across borders and focusing on the individual and community." Another, he says, "was QLF's 'friendly takeover' in the 1990s of the former Sounds Conservancy (Essex, Connecticut), providing education and research opportunities in the marine environment of southern New England and New York that rounded out QLF's home region geography to the sounds.

"Larry has lived out our motto in an incredible fashion," says Headmaster Willy MacMullen '78. "He has been a leader in the environmental and conservation fields, not just through QLF, but also other organizations and boards. He is at once a 'big picture' leader, with strategic vision, the ability to shape policy and connect with leaders around the world; and yet he also knows what it is to roll up his sleeves and mentor young people, clean water, and preserve habitats. In an age when we are made intensely aware of the interconnectedness and fragility of our planet, we need leaders like him."

From the beginning of his time at QLF, Morris showed his passion and commitment to its cause. His bio from 1975, in fact, emphasizes his interest in the "socioeconomic implications of resource issues and resource management decisions on an international level, especially those relating to wildlife conservation."

Ten years later he became president of the organization. And his interests have stayed remarkably true to that early vision.

He may tell you he never grew up, but it seems he simply knew what really mattered before the rest of us did. And then he stayed the course.