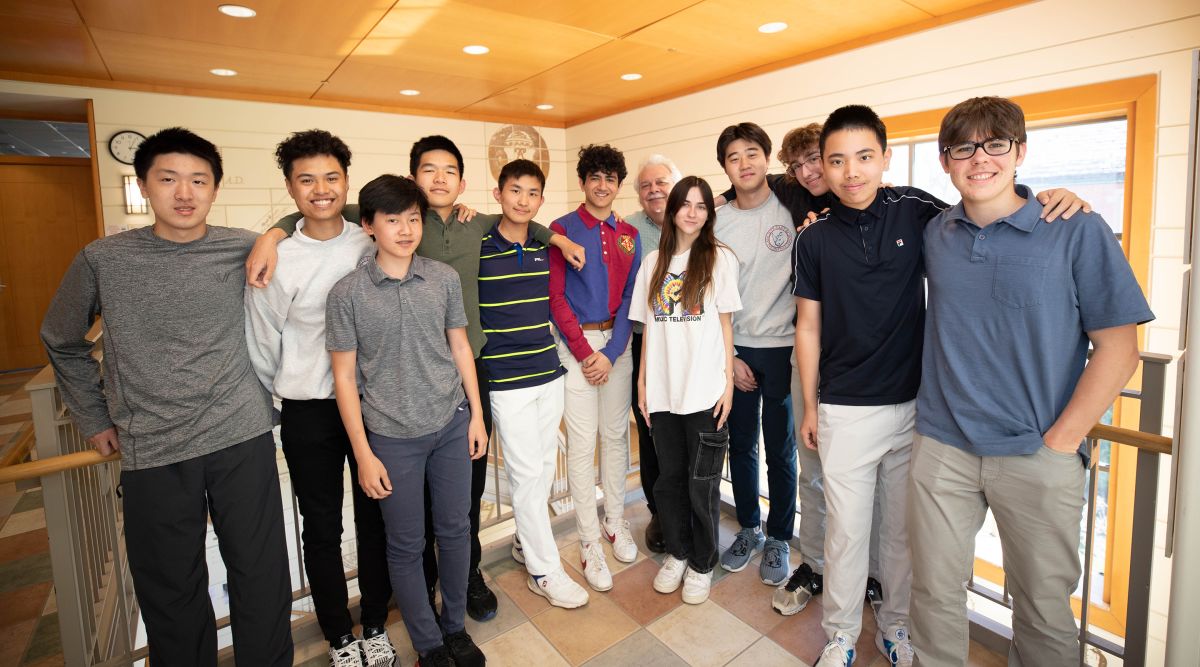 Again this year Taft’s Math Team, captained by Brian Chi ’23, was among the top finishers in the highly regarded New England Mathematics League (NEML) competition. With just over 200 schools participating in the six-month long test of high-level applied mathematics knowledge and principles, Tafties earned the highest score in the region, tied for the second spot in the state of Connecticut, and finished in the top five percent of competitors overall, besting peer schools Hotchkiss and Deerfield along the way.

“Our own Michael Ren ’24 led the team with an individual score that placed him second in the state and nineteenth in New England,” says Mathematics Teacher and Math Team Coach Kevin Coleman. “Well done to Michael and all the team members who participated and contributed.”

The annual NEML competition is built on six monthly mathematics challenges, starting in October of each academic year and running through March. The monthly contests challenge competitors with sets of six problems of increasing complexity. Students work individually to solve each problem, earning one point for each correct answer; each team reports its top five scores from the round to build a cumulative ranking.

In addition to his NEML achievements, Michael Ren also turned in a stellar performance in The American Mathematics Competition (AMC), a series of increasingly selective and competitive exams that draws more than 300,000 competitors from 6,000+ schools each year. The top scoring AMC competitors earn invitations to sit for the American Invitational Mathematics Examination (AIME); this year, Ren was among the invitees.

“The AIME is open only to the top 2.5% of all students who sit for the AMC worldwide,” notes Coleman. “It is quite an accomplishment for Michael to earn an invitation not only this year, but last year, as well.”

Congratulations to Michael, and to all of Taft’s Mathletes on an exceptional competitive season.