Through the Lens of Eladio Fernandez '85 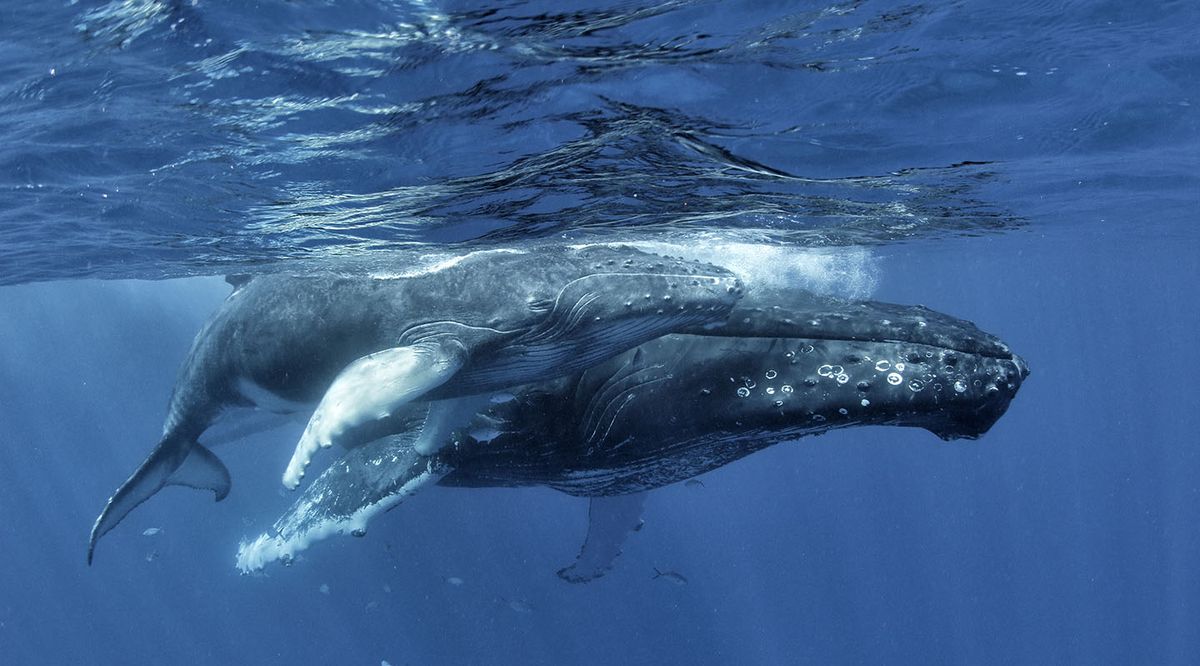 Through the Lens of Eladio Fernandez '85
Bonnie Blackburn-Penhollow ’84 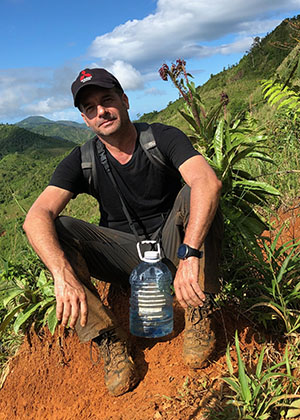 This unassuming green-brown lizard with a whiplike tail and a speckled throat pouch was named for its discoverer, nature photographer Eladio Fernandez '85, who has become one of the world's experts on the flora and fauna of the Caribbean. He and his camera travel throughout the region, documenting endangered species that are at risk of disappearing.

Fernandez is now working on a documentary series, Island Naturalist, which he is filming in his homeland of the Dominican Republic, and also in Haiti and other Caribbean countries. When asked what drew him to nature photography and conservation, he says, "Initially it was the thrill of hunting with a camera. I wanted to see how many birds, reptiles, orchids, etc. I could amass.

"Later I saw the need for imagery that could give faces to many animals and plants that were unknown by the public and deserved protection," he says. "Surprisingly the Caribbean is only thought of as beautiful beaches, sun, and turquoise-colored waters, when in fact it holds a huge diversity of plants, animals, and habitats."

Fernandez made it his mission to concentrate on portraying the natural heritage of the Greater Antilles instead of dispersing himself in distant parts of the world that probably have already received enough exposure from other colleagues, he says.

In 2007, he published his first photography book, Hispaniola: A Photographic Journey Through Island Biodiversity (Harvard University Press) with a prologue by Pulitzer Prize winner E.O. Wilson.

Fernandez fell into the current video project by accident. "A friend (turned producer), Jake Kheel, asked me to help him out with a photo shoot for a magazine. We went to one of my favorite locations in the Dominican Republic, Sierra de Bahoruco." "While we were there, I kept getting distracted with a plant, a lizard, or whatever else was around. Jake was impressed with the amount of information I was providing for each particular thing along the trail that day—things he would have ignored otherwise," Fernandez says.

The eight-episode series will cover a range of subjects and environmental situations in the Caribbean region. The idea is to provoke the viewer, and there will be a call to action for those who want to become part of the solution at the end of each episode, he says. "Subjects range from how Bahamas generates $80 million a year from shark tourism, and fishermen in the Dominican Republic continue to hunt them for food, to rescuing a critically endangered magnolia species from one of Haiti's last fragments of primary forest so we can help a terminally-ill conservationist fulfill his dream," he adds. 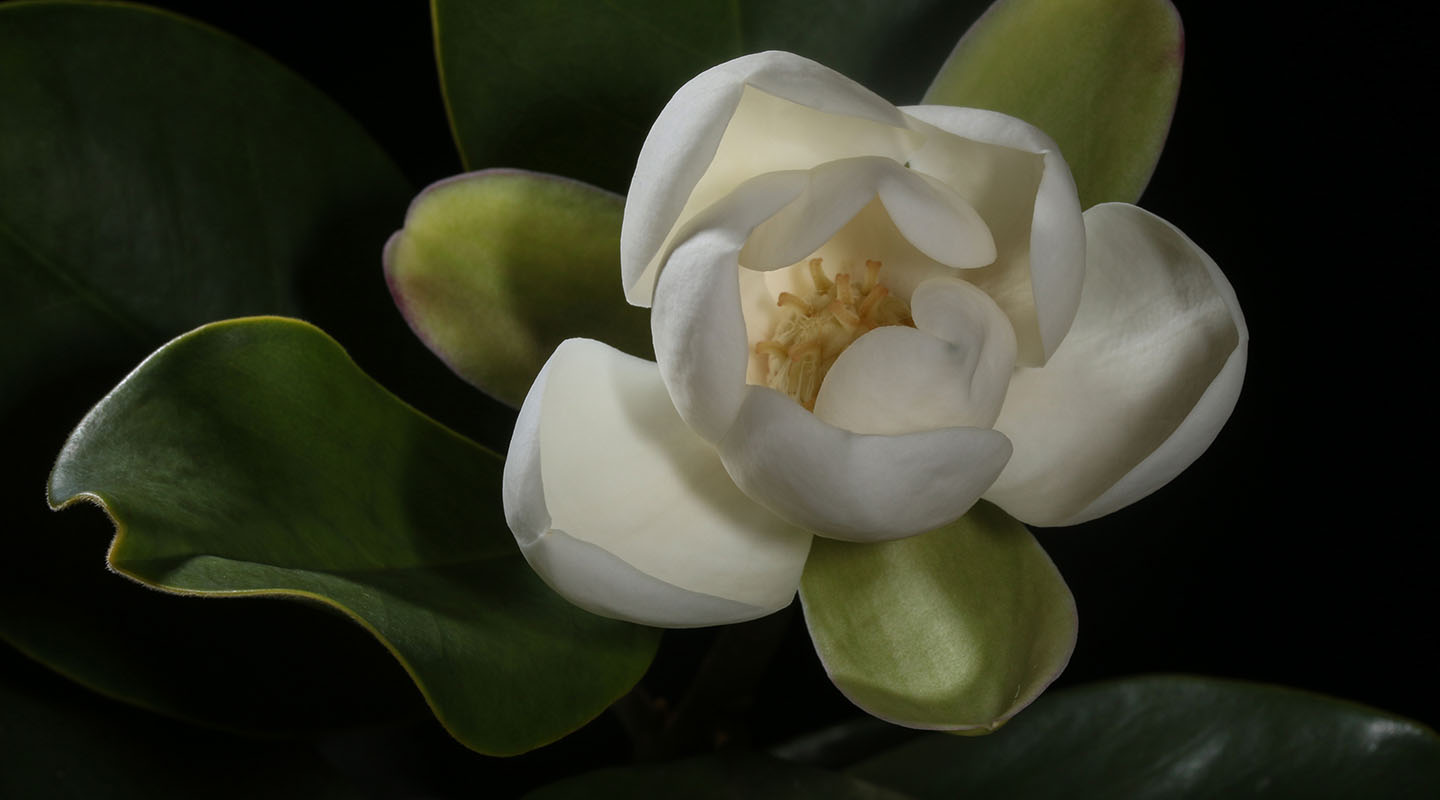 The reaction Fernandez and the film crew get when researching subjects has been varied. "Dominicans love having their photograph taken so it has not been a problem there—even by those who are committing environmental infractions," he says.

"Haiti is another story, as a lot of people there don't like to be photographed or filmed. This requires us to spend some time obtaining people's trust first."

Though he has only taken one photography course (while a student at Taft), his love of nature goes back to childhood. "Since I was a kid, I've always liked animals, horseback riding, and the outdoors in general," Fernandez says. "It wasn't until I finished college and went back to the Dominican Republic that I started going hiking and birdwatching.

"A group of friends would often trek to Pico Duarte, the highest point in the Caribbean, and I started to join their hiking trips. Birds are one of the most charismatic groups of animals in the DR, so I bought a field guide and started to observe them every time we went on these trips," he says. "When I tried describing some of the birds I saw, I became aware that no one knew them, and in fact, my friends wouldn't even believe my descriptions.

"That triggered my next move, which was to buy a camera and a 300mm f4 lens. It was enough of a telephoto lens that made it possible for me to have my first photography exhibit called Aves (Birds) in a local gallery," he says. "At the time there were no specialized bird photographers in the Dominican Republic. Today we have a couple of bird photography clubs that are giving me a run for my money.

Over time, Fernandez became interested in other fields of nature photography: landscapes, flora, man's relationship with the environment, and more. Each discipline within nature photography requires learning a separate set of skills using the camera.

"My favorite images are very different from the ones the public prefers," he says. "People love landscapes or images that portray someone that is part of a story. Some people have their preferred groups of plants and animals and love images for those reasons.

"My favorite images are those that have a story of hardship behind them, or perhaps a sense of accomplishment because it is the first image taken of a particular flower since its discovery," he notes. "It might not be something special in terms of light or composition, but the stories of what I went through to make them is what gives them value for me and make them my favorites."

While he's known as a conservation photographer, he also is doing scientific work. For example, he is a coauthor with colleagues from Harvard of an article about several new species found on Hispaniola with the help of his photography.

Fernandez is encouraged about the growing awareness of the need to protect native species in the Caribbean. "Twenty or 15 years ago people in the Dominican Republic were not as aware of conservation issues," he says. "That is not the case today. 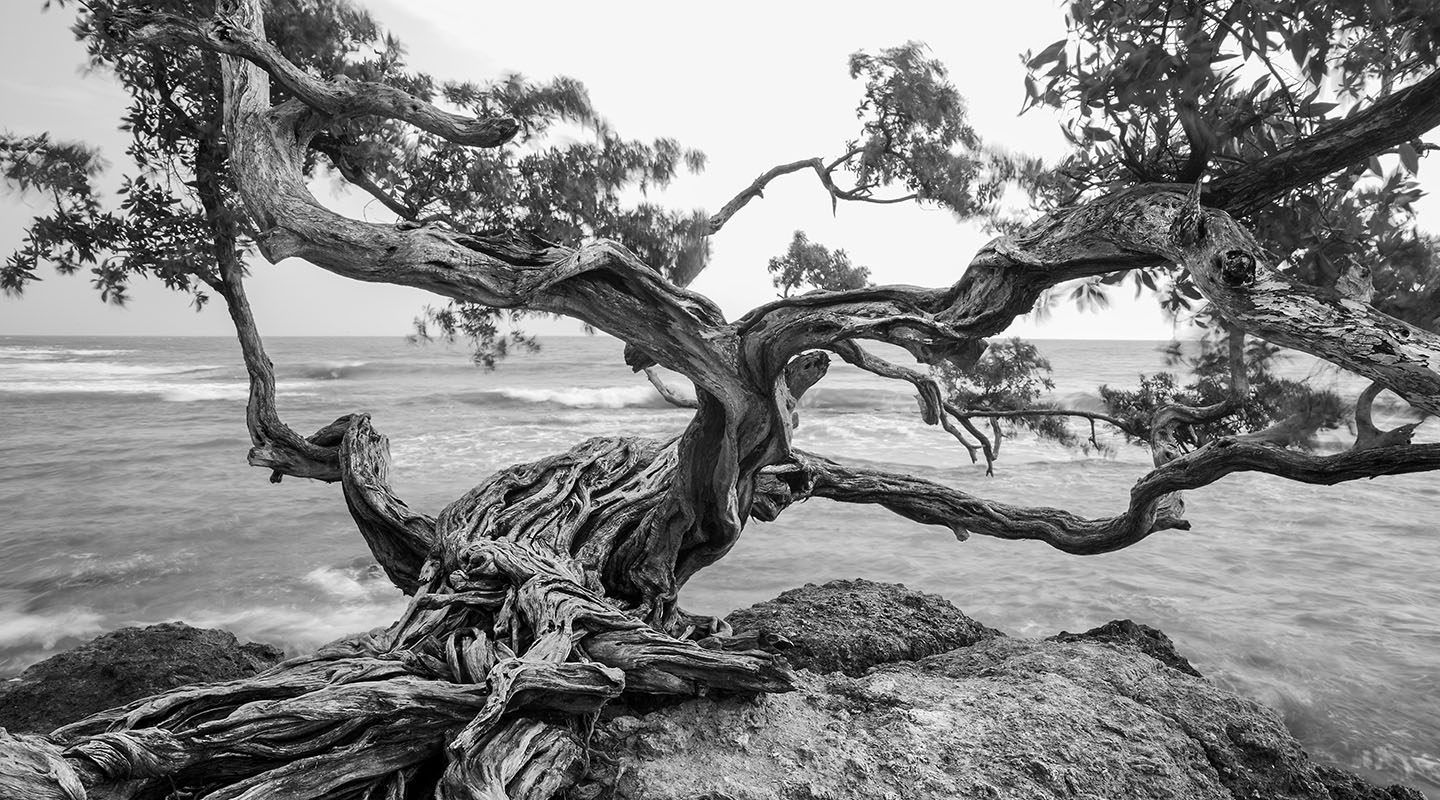 "Living on islands with limited space and resources leaves us with no choice but to be highly concerned with managing and conserving spaces and resources that will ensure the future of our nations.

"Every island in the Caribbean has its own conservation story. Conservation laws in Cuba get enforced, thanks to an authoritarian regime. Haiti has a huge deforestation problem and is undergoing mass extinctions of flora and fauna. Dominican Republic has preserved a third of its territory as protected areas (at least on paper), thanks to the political decisions of a past president who considered preserving nature a national priority. But the current governments have horrible environmental policies," says Fernandez.

"Puerto Rico has a small territory, but the U.S. enforces laws that protect important areas and forests. Jamaica is currently under economic hardship, and its politicians are trying to kick-start the economy again by expanding mining and leasing protected areas for ports. The story goes on and on."

He's discouraged when he sees governments not valuing the importance of protecting the environment, however.

"Nature provides our most basic needs: food, water, and housing," he says. "Wherever you are sitting, look at what surrounds you—everything comes from a natural resource. Instead of keeping nature at the center of all political policies, it has been relegated to the side.

"Instead, governments dedicate huge amounts of their budgets to education, health care––all important things when it comes to human beings, but they seem secondary when you don't have access to drinking water," he says. "Water may not be of any concern in developed countries, but it is a huge issue in developing countries."

Fernandez's commitment to and passion for his Caribbean region is deep. And it's lived out in his work and his words. 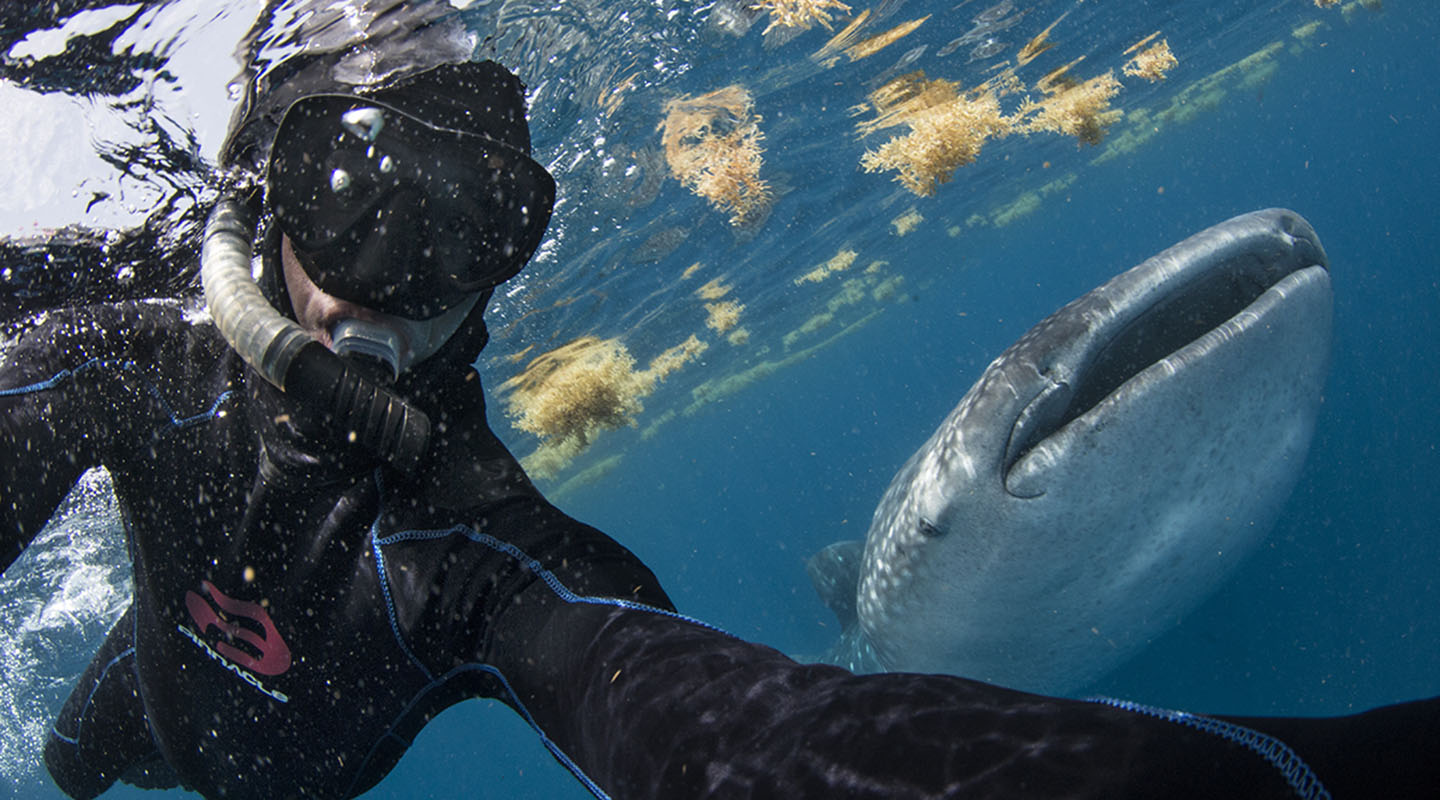 "We can no longer afford to be conservation photographers, filmmakers, and storytellers. We need to take it a step further and do the conservation work itself," he says.

"We now have to be part of the story. The planet can no longer afford people on it who are not paying rent. Everyone needs to get involved by volunteering and giving back to a cause. The Taft motto is more relevant today than ever."