Menu
No post to display.
Serving in the Skies 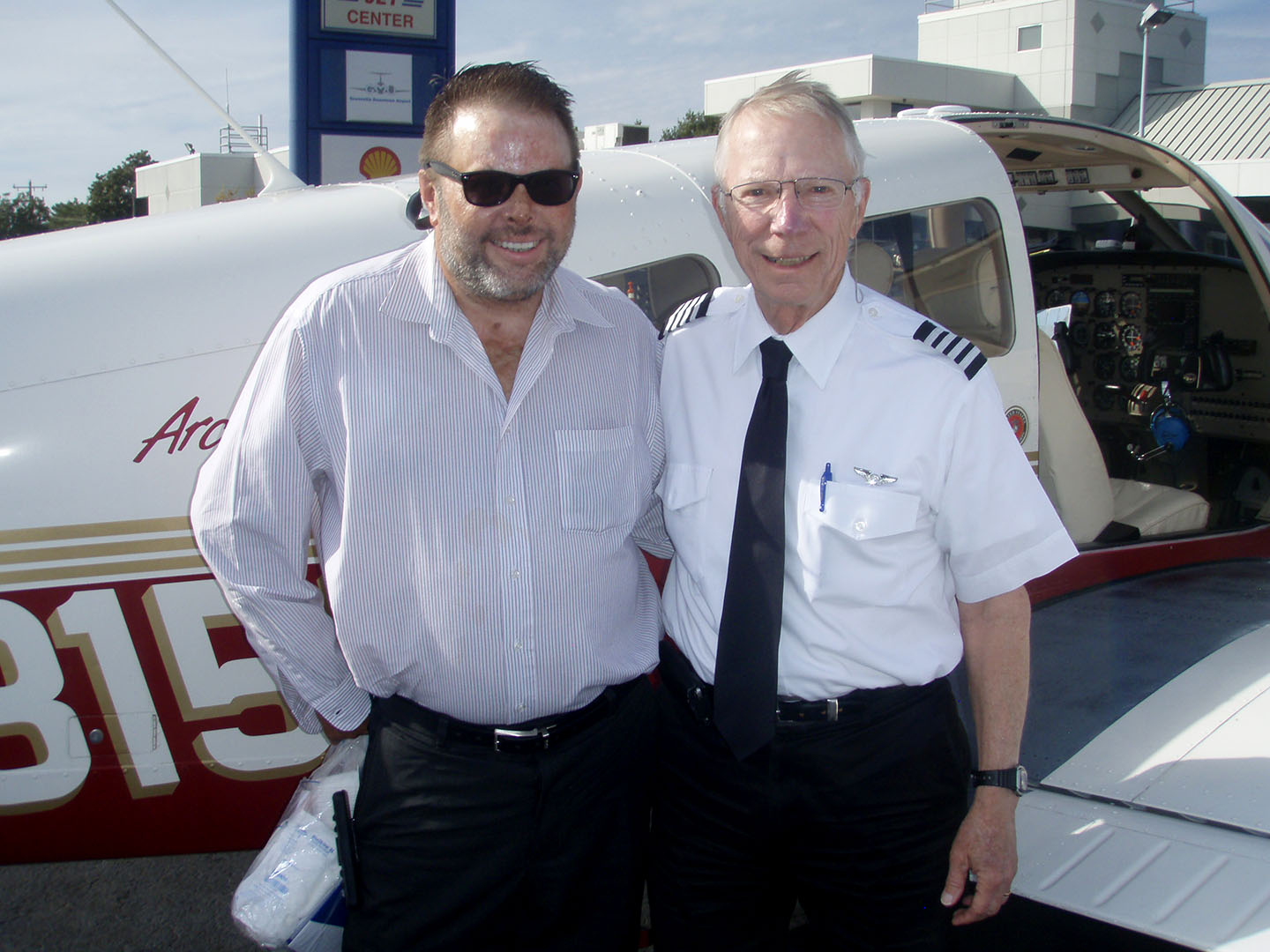 After nearly 40 successful years in the textile industry, Doug Ellis ’54 asked himself, “What do I want to do in retirement?” He decided it was an ideal time to return to a passion he first developed as an upper mid at Taft and continued at Princeton: flying.

So he bought Cricket, a small Piper Archer plane. A few years later, Ellis learned about Angel Flight, a national organization of volunteer pilots that offers free transportation to patients whose financial and/or geographical situations prevent them from receiving necessary medical treatment.

“Our task is to pick up patients who are too sick or too injured to drive a long way or fly on a commercial jet and take them to and from the hospital,” says Ellis. “About 40 percent of our patients are children, about one-third are cancer patients who are going to the hospital for chemo or radiation, and about 20 percent are patients with burn wounds.”

Ellis flies for Angel Flight Soars, the chapter that covers North Carolina, South Carolina, Georgia, Alabama, Mississippi, and Tennessee. Headquartered in Atlanta, where he lives, Angel Flight Soars works with 175 pilots or so in these six Southeast states who not only volunteer their time and effort, but also pay for all expenses, including fuel. This past year, the group flew more than 3,000 missions—that’s eight missions a day, seven days a week.

When possible, Ellis tries to do one mission per week and averages about 30 to 40 a year. He checks the website to see which missions are available, how many passengers will be flying, the total weight, and where they’re going. Ellis explains that his small plane has a weight limit of 400 pounds in addition to himself and a full tank, so he can typically accommodate the patient and a caregiver. In 10 years with Angel Flight Soars, he has completed between 300 and 400 trips, some of which are repeat patients.

“There’s one little boy who I’ve been flying for three years,” says Ellis. “I took his first flight when he was 18 months old. He has a giant mole on his back and neck. They have to remove it because it can become cancerous otherwise. There are only two hospitals that specialize in this, and one is in Cincinnati. So I fly this little guy and his mom to Cincinnati from Atlanta [for surgery] and skin grafts, and I bring them back home. I’ve watched him grow up. It’s a joy to be with him.”

Meeting patients and helping them get to the hospital and back home is a fulfilling experience for Ellis, and he encourages others to get involved—whether by seeking out local Angel Flight groups or by spreading the word about the free service to doctors and other medical professionals.

“If any alums are pilots,” he adds, “go to the local Angel Flight group and sign up to come fly with us. It’s a rewarding experience.”