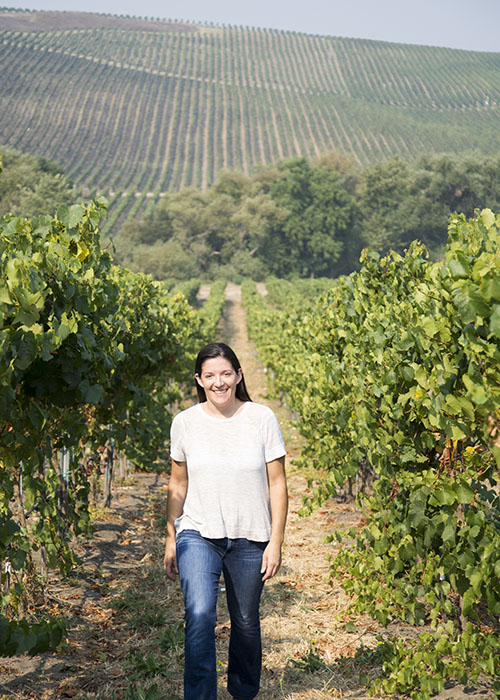 For as long as Luisa Bonachea ’00 can remember, wine and vineyards have been present in her life. “I grew up appreciating wine through my parents and my family,” she recalls. “Most of our travels involved going to a wine region. Then, I studied in Paris, and that helped move along my interest in wine.” But growing up in Manhattan, she never imagined that this lifelong passion would develop into a fulfilling career.

Now an intellectual property attorney based in Napa Valley who specializes in trademark and copyright law for wine industry clients, Bonachea was first attracted to law in college. “I was in the School of Foreign Service at Georgetown,” she says, “and I worked at a Cuban human rights organization. That really drew my interest toward First Amendment rights and free speech issues. That was the start of my interest in international law.”

Bonachea also credits her parents with instilling in her a respect for the American legal system: “My parents are both immigrants. They’re very proud of the U.S. constitutional system, and I grew up with that appreciation for our judicial system.”

After Georgetown came experience as a paralegal in New York City, law school at George Washington University, and work with the U.S. Justice Department. By the time she graduated, Bonachea’s concern for First Amendment rights had grown and evolved. “When it came to actually practicing, the closest thing for me was [the area of] commercial speech; that’s how I ended up with my interest in trademark work,” she says.

From Washington, Bonachea moved to San Francisco and took a job in litigation, specializing in trade secrets and patents. “It was interesting,” she says. “Sure it’s IP [intellectual property] work, but it’s also very technical, and it wasn’t for me.”

This realization helped launch the second phase of her career and allowed her to combine her legal training with her love of wine. “To be honest, it was a little impulsive,” she says. “Living in the Bay Area, I became more familiar with wine, and when I was thinking about leaving San Francisco, I realized that I was coming out to Napa a lot. So I quit my law firm job and worked at a vineyard doing sales. The community here is really wonderful—I felt very welcomed.”

But she couldn’t stay away from law for long. Soon after her move, she met her future business partner, Daniel Reidy, who had recently opened a practice representing local wineries. “We both realized that I could help him with IP work,” she remembers, “so I started working with him, just a few hours a week.” Over time, she took on more responsibility and ultimately helped him build the practice. Today their firm, which employs two paralegals and retains a third attorney as counsel, represents wineries in California and beyond, protecting their trademarks and intellectual property in the global market.

“The heart of this industry is agriculture—producing something from the land. That’s something that I really respect,” says Bonachea. “And there is also a worldly, sophisticated element. Wine comes from all over the world, and through appreciating it, you’re also learning a lot about different regions of France, Spain, and Italy, for example.”

Her appreciation of wine extends beyond the office. Three years ago, Bonachea began a small wine label of her own—Etxea, the Basque word for house (her last name is actually a romanticized version of “etxea,” pronounced eh-chay-a). Not only has this venture expanded her love of wine, it also has helped her connect with her clients on a deeper level. “By making my own wine, I am much better able to understand their timing and business strategy. I see firsthand the trajectory of the market, and I’m able to advise them in terms of branding,” she says.

“I never thought I would be this Manhattanite living in the countryside,” Bonachea laughs, but now, five years after relocating to the heart of California wine country, there’s no place she’d rather be.