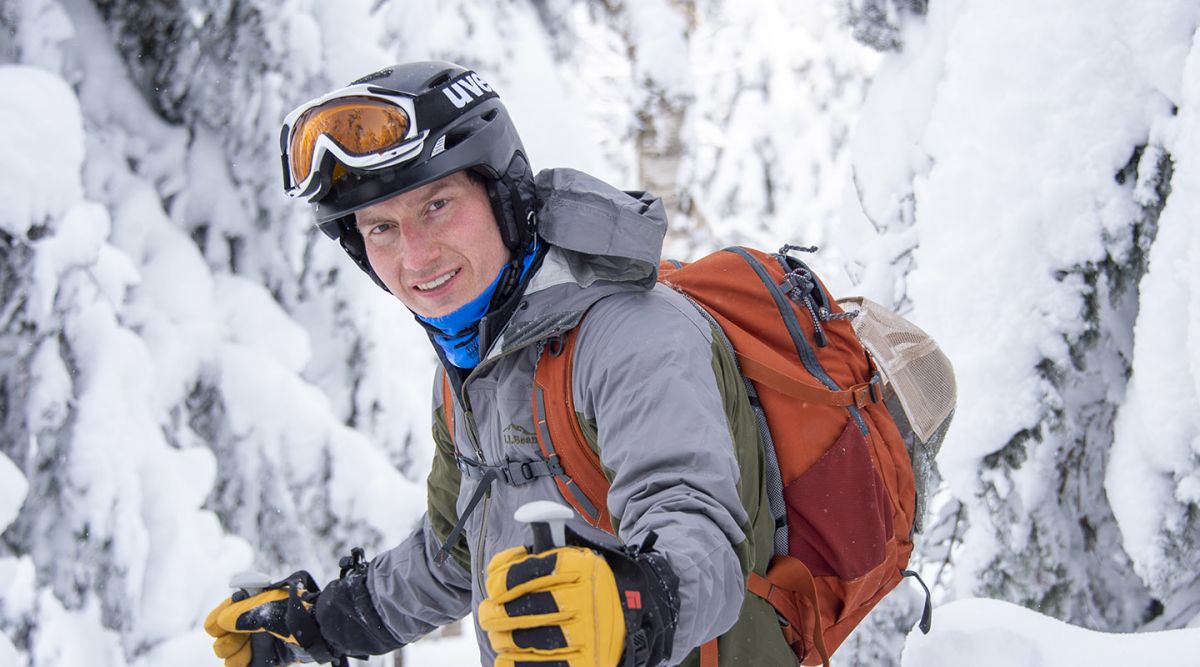 Existential threats to the environment abound—even in Vermont, a state known for its conservation-minded populace and reverence for the outdoors. Peter Walke '99 is hard at work as commissioner of Vermont's Department of Environmental Conservation.

IN A YEAR OF SHUTDOWNS AND cancellations, climate change and pollution have no pause button.

Existential threats to the environment abound—even in places like Vermont, a state known for its conservation-minded populace and reverence for the outdoors.

The need to clean up Lake Champlain from phosphorus and other pollutants—a 20-year project with an estimated $1 billion price tag—isn't going away. The reclamation of former industrial sites, known as brownfields projects, cannot wait. And, pandemic or not, the state had to move forward with an organics landfill ban on July 1.

There is no such thing as stasis when it comes to the work of Peter Walke '99, who was named as commissioner of the state Department of Environmental Conservation in February by Governor Phil Scott.

"There's a never-ending list of challenges that we face environmentally in Vermont," Walke says.

The department is part of the Agency of Natural Resources, for which Walke previously served as a deputy secretary since returning to his native Vermont in 2017. Before that, he was an assistant secretary for the environment in New York state.

"It's nice to be home and doing the work that I love for the state I consider home," he says. "Vermont benefits from its size in some ways because its population is incredibly engaged."

At the same time, being a small state with limited resources presents its share of challenges. "It creates a push and pull about what our priorities are," Walke says.

Walke presides over 300 employees at the department, most of whom have been working from home since March because of the coronavirus pandemic. Most of them were not expected to return to the office until January.

"For many families, it's really hard, quite frankly," Walke says.

Sending children back to school in September created even more uncertainty for many of his colleagues. Walke ought to know. His sister, Bibba Walke Kahn '97, is Vermont Teacher of the Year for 2020, and his two children are in her class (read about Bibba on page 32).

"We aren't competitive in sort of a professional sense, but we are competitive in a teasing sibling sense for sure," Walke says. Both siblings have learned to adapt in unique and unimaginable ways this year.

At the start of the pandemic, Walke made one- to two-minute videos with messages for his colleagues to try to humanize the experience of working remotely and promote a sense of togetherness. "We're a pretty small, tight-knit group," he says.

Making sure that the department's employees were able to do their jobs from home has been a point of emphasis for Walke, who is responsible for ushering in policy initiatives to address climate change and projects to clean up hazardous materials.

Because of rainfall runoff from parking lots, farms, lawns, and streets, Lake Champlain has become overburdened by phosphorus, which causes harmful algae blooms and other environmental problems. Vermont is working with New York and the Canadian province of Quebec to reduce pollution loads and clean up the lake.

From the brownfields cleanup projects to the detection of elevated levels of lead in drinking water, much of the department's energy and resources are spent righting the legacy of industrial activity in the state and its neighbors.

And then there is the tension between states, including Vermont, and the Trump administration.

"There are a fair number of conflicts between the federal government and lots of states on environmental issues," Walke says.

For example, Vermont, which has a Republican governor, is still committed to the greenhouse gas emission limits set by the Paris climate accord, from which President Trump withdrew the United States. "We're doing our part where we can," Walke says.

Another way Vermonters are being asked to do their part is by changing habits. As of July 1, Vermonters were barred from disposing of food waste and leaf and yard waste in the trash under an organics landfill ban that was implemented by the department.

"I think most people are pretty good in Vermont about managing their waste," Walke says.

Residents were required to switch to at-home composting or bring organic waste to drop-off composting sites under the law, which Walke says created a learning curve for some residents.

"People will have to get acclimated," he says.