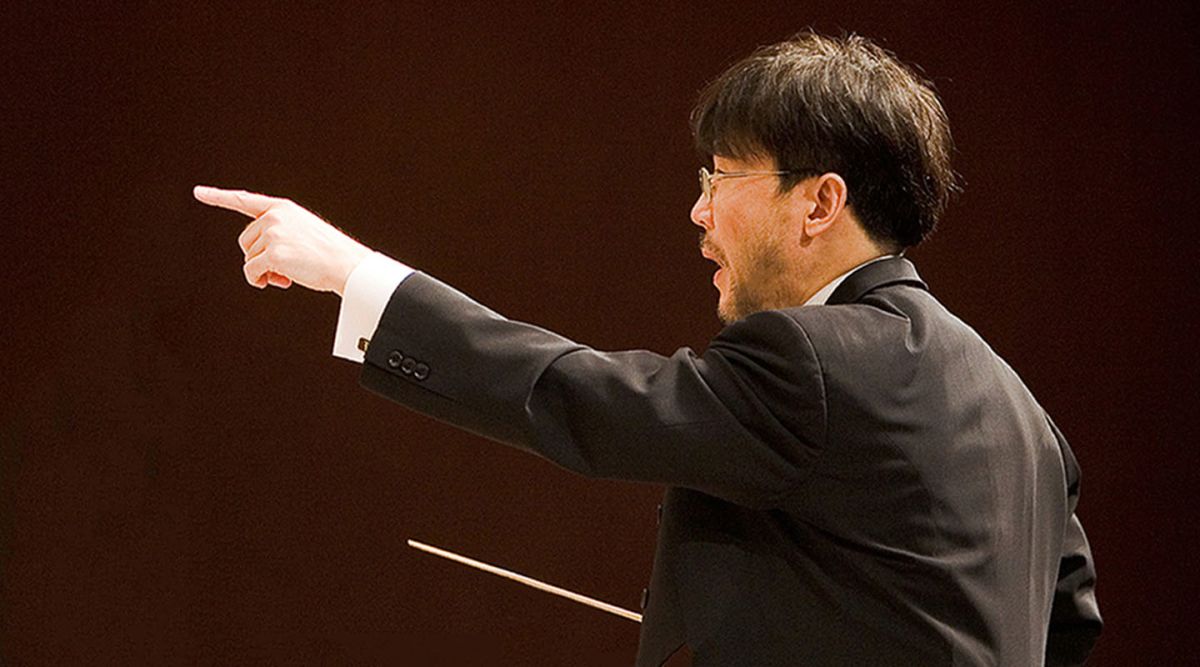 During more than a year of the pandemic, composer and conductor Djong Victorin Yu ’76, of South Korea, kept his passion for music going by composing, completing his revision of Chopin’s Cello Sonata, and rediscovering his love for the cello. And he looks forward to one day performing his Chopin arrangement and his new compositions before a live audience.

After nearly 40 years as a celebrated conductor and composer, how does Djong Victorin Yu '76 evaluate his body of work? "I haven't accomplished many things, not really," he says modestly. "Sure, I did everything I set out to do, and I have no regrets. But my time stopped in 1977, and only now do I feel that my clock is about to move again." Despite a lifetime spent in concert halls all over the world, it would take a global standstill to help him refocus his passion for making music and rekindle one of his earliest musical loves, the cello.

It's impossible for Yu to remember a time when he wasn't interested in music. At 3 years old, he was already listening with rapt attention to the family record player, and by 5, he had his sights set on becoming a conductor. Pretty soon, he was a skilled cellist, performing throughout his time at Taft and then studying music theory at the University of Pennsylvania under composers George Crumb, Jay Reise, and George Rochberg, three of the foremost musical minds of the mid-20th century.

Everything was on track for a successful career when Yu was drafted into compulsory military service in his native South Korea. "Before completing my first year at Penn, I had to return to Korea, and during my military service, I injured my ulnar nerves and could no longer play the cello," he says. The injury derailed his hopes of becoming a musician, but Yu did not let it keep from him pursuing his passion. He continued his studies with Maestro Vakhtang Jordania before gaining prominence as a conductor in both his homeland and throughout Europe and the U.S., including recording more than a dozen albums with London's Philharmonia Orchestra, serving as principal conductor with various orchestras in South Korea, and composing his own music as well as orchestrating and creating new editions of other composers' works.

But everything came to a halt with the outbreak of the coronavirus pandemic. "Every day, they were reporting how many people were infected and how many had died. It was scary to see the numbers rise, and for a while, I just couldn't concentrate," he recalls. "I had to do something to keep my sanity."

The increasingly worsening situation brought to mind a short story by O. Henry, "The Last Leaf," which tells of a young artist struck by pneumonia who won't give herself up to death until the tree outside her window sheds all its leaves. "I wanted to write my story after the last leaf falls off—or does it?" he says. The result was La dernière feuille d'or, or The Last Golden Leaf, a piece for two violins and piano that Yu describes as his attempt at impressionistic music. He chose the style purposefully because it was a musical language that was very foreign to him— just as the pandemic was such uncharted territory.

"It is a piece which reflects my state of mind at that time. In this part of the world, a golden leaf can symbolize the gingko leaf," he explains. "When they all fall and the wind takes them, they form a wave. So I was thinking of the last leaf that falls off and floats on to a different kind of life."

He also spent this period rediscovering his love for the cello—and how to play it pain-free. "It's been almost five decades since my injury, and only this year I discovered that the problem was already there before the military service," he points out. "I had a cello teacher whose instruction for a passage in Chopin's Cello Sonata actually caused the damage in the first place, and realizing this, I finally could start to undo the knots in my palm and play in a way that doesn't cause pain."

In reacquainting himself with his instrument, Yu was inspired to reexamine a piece that had fascinated, and perplexed, him from the very beginning, Chopin's Cello Sonata in G Minor. He worked on the sonata as part of his Independent Studies Project at Taft, and even then, he couldn't wrap his head around some sections of the score. "Chopin was never happy with the first movement, so he kept revising it. But he was dying and finally decided that he didn't have enough time left and had it published as it was," Yu says. "I felt bad for him. Had he lived five more years, he would have fixed those problems, and I wanted to figure out what he would have done if he had had more time."

Working like an investigator, he pored over Chopin's notes, trying to piece together the composer's unfulfilled vision. "I wasn't trying to improve Chopin's music—it was to help realize his intentions," he says. "Chopin understood when the same notes in the same range are doubled by both the cello and the piano, the cello sound gets covered by the piano. He was being considerate, perhaps too considerate of the cello." For Yu, the solution was simple. "In a few places, I switched the piano and the cello parts. It's the same notes, and they go by so fast that you don't hear the change, but it works out more naturally. And it's completely Chopin!"

He completed his edition of the Chopin Cello Sonata in G Minor this past summer and looks forward to one day performing it—and his new composition—before a live audience. "I've been tinkering for the last 48 years, but it was all in my head. Finally, I decided to commit these ideas to paper," he says proudly. And more so, Yu feels that this piece uniquely addresses the current moment. "No composer has so comfortably portrayed life as something so vulnerable as we all have witnessed for the past year and a half. Even at the frailest moment, Chopin shows us the power of expression itself." 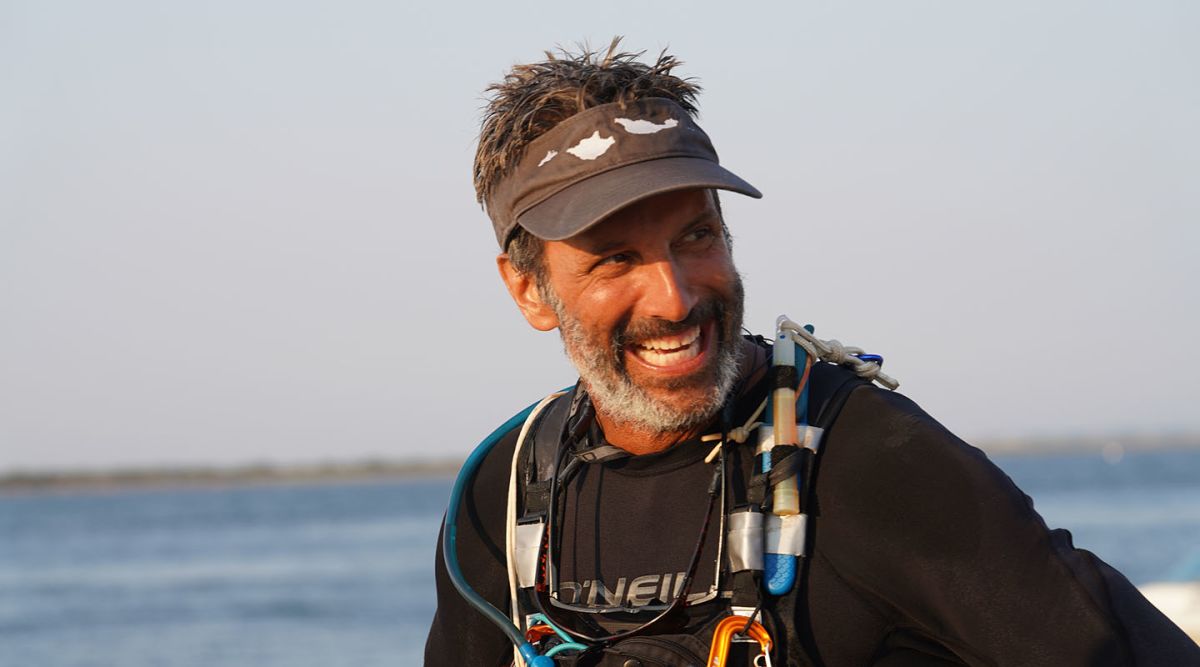 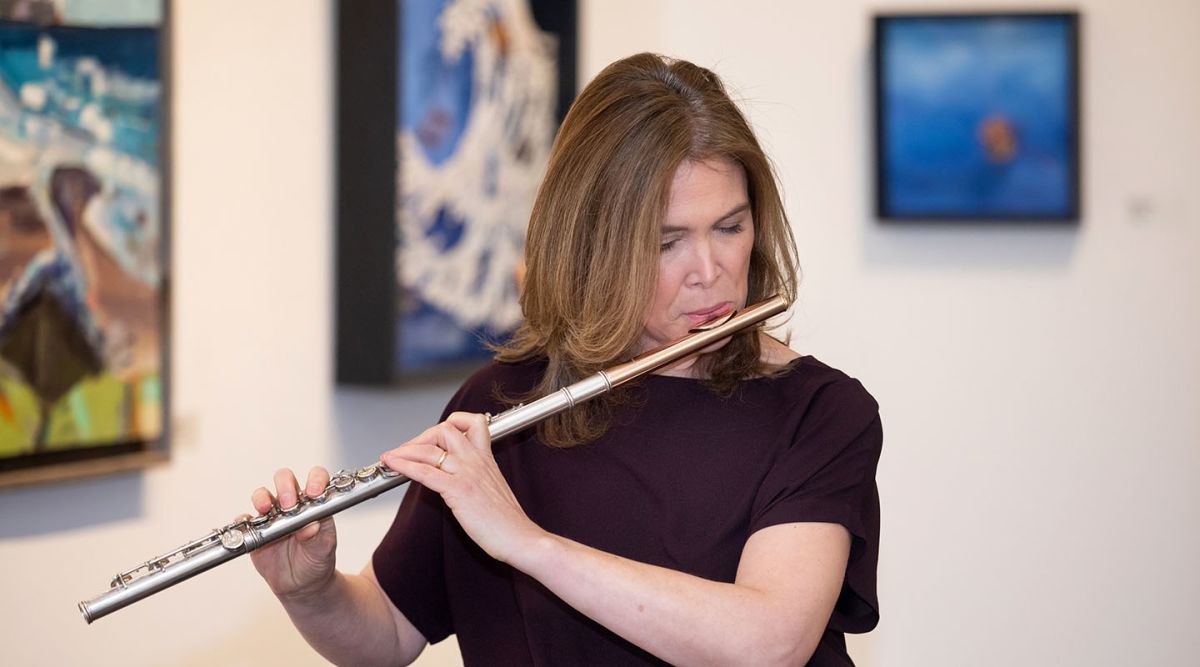 The Sounds of Silence: Vanessa Holroyd '90
Powered by Finalsite