Menu
No post to display.
Teaching with a Worldview

Adam Yonkers '89 says that making a huge career change in his early 30s freed him from a deadening job to one that instead feeds his soul. He went from corporate communications—marketing and public relations at a big corporate law firm—to teaching U.S. history and foreign policy to high schoolers at Palo Alto Unified in California. 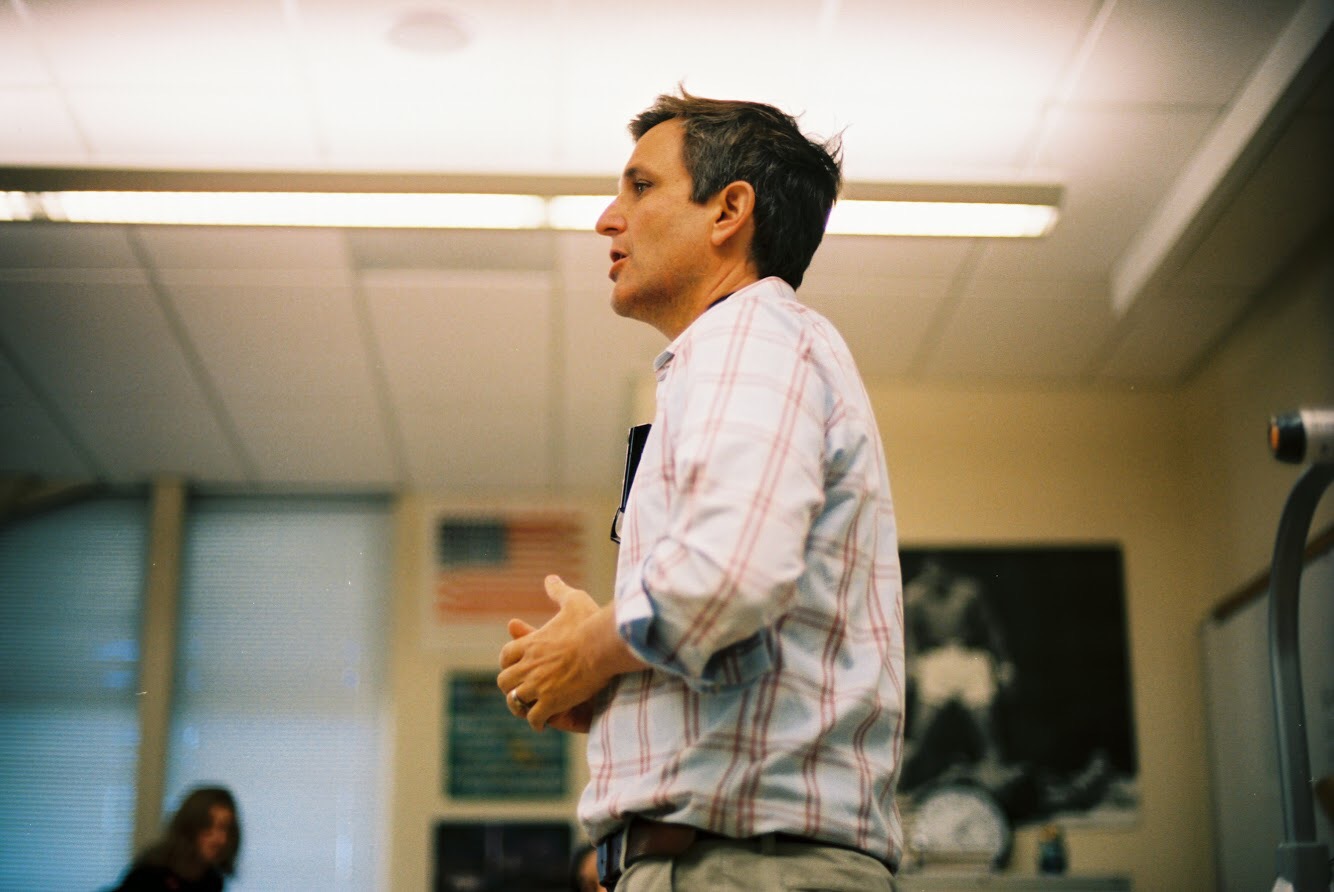 "I ended up working at a law firm, which was soul-sucking," he says. "Although marketing and public relations for brands like Odwalla and Clif Bar was often great, I was constantly being told I should be a teacher, which I thought would ultimately be more rewarding in the long term.

Yonkers, who was coaching local basketball teams, began applying to graduate schools to earn a master's degree in education, landing at Stanford's Teacher Education Program. After graduation, he was hired by Palo Alto Unified.

"I spent one year teaching in middle school, and then I was hired at the high school, which was the goal," he says. "Education, it's relationships between people, between ideas and history. All these things are fundamentally interesting to me."

The dual Irish-American citizen says teaching history and foreign policy courses really connects to his interests in foreign policy and U.S. history. He also lived for four years in Benin in West Africa, where his father, Charlie '58, served as the Peace Corps director. These two experiences fed his understanding of how America relates to the rest of the world.

He teaches U.S. foreign policy and history to 10th graders and an elective course for seniors. Yonkers says he prefers not to be the "sage on a stage," where he lectures and students learn by rote, instead leading seminars where the students discuss themes based on events affecting the country today, such as immigration and the war in Afghanistan.

A bonus of teaching at Palo Alto is that parents of his students often have connections with the very people enacting policies, such as Michael McFaul, President Obama's ambassador to Russia, who came and spoke with his students. "I love having guest speakers," Yonkers says. "It's just amazing."

Pedagogy fascinates him. His lesson plans are often minimal to allow for student discussions, with only two or so topics covered in a 90-minute period. With a lot of student classroom presentations and healthy discussions, Yonkers believes his method helps students understand the nuances of how the United States relates to the world.

Yonkers and his wife, Suzanne, have three children: Connor, 7, Sue, 5, and Jack, 2. He is looking to teach in Europe in 2019–20, so that his children have the opportunity to experience life internationally outside the United States as he once did.

"I would like to give my kids an experience that would perhaps change their worldview," he says.