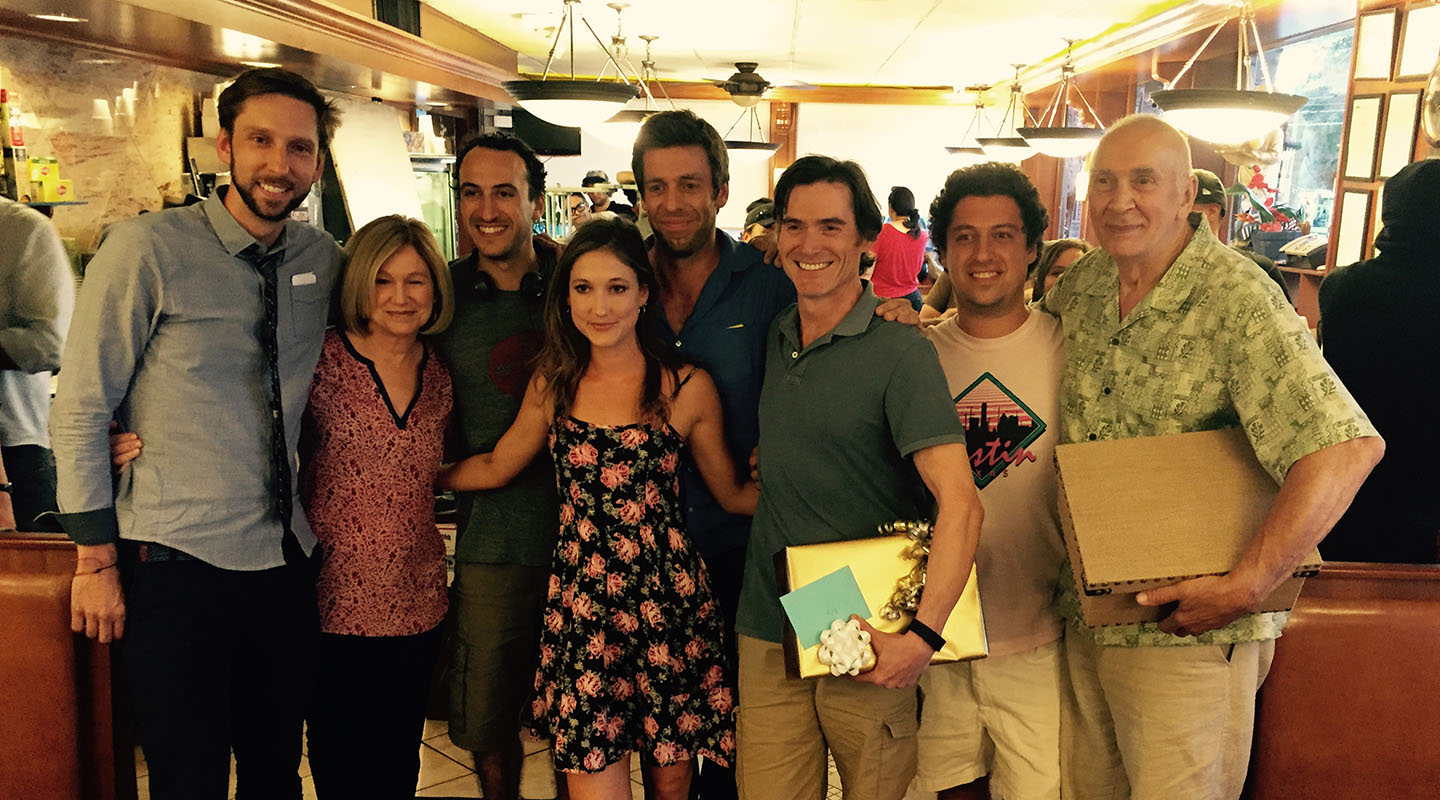 Andrew Eisen ’04 was head mon at Taft before heading off to Middlebury College to study creative writing. Upon graduation, he took a corporate job in Westport, Connecticut, but was laid off in 2009 when the economy went south.

“Circumstances set me free,” says Eisen, who used that freedom to finally pursue writing as a career.

That year, he wrote the first of what would turn out to be nearly 40 drafts of the screenplay for what would become Youth in Oregon, a star-studded motion picture dealing with euthanization, that debuted at the Tribeca Film Festival this year and which Deadline.com describes as “a very touching family road-trip dramedy with surprising comedic moments and superb performances depicting the raw emotions involved in dealing with such a weighty subject.”

Eisen sent his screenplay out through his Taft and Middlebury networks and, “as often happens with scripts, I would imagine 10 to 20 percent of the people I sent it to actually read it,” Eisen says. “But I got lucky that one of the guys, a producer from Middlebury named Stefan Nowicki, actually read it and liked it, even though it was a very different story at that time.”

Four-time Tony Award winner and Oscar nominee Frank Langella joined the cast in early 2015. A stream of heavy hitters followed: Christina Applegate, Josh Lucas, and Billy Crudup round out the top-billed cast. Filming took place in New York during the summer in 2015, and less than a year later, the movie made its debut.

“It’s clearly where my interest is—telling these real, heavy stories that I try to deliver with comedy and lightness,” he says, and Youth in Oregon certainly has comedic elements. Eisen’s next projects are two television pilots, one of which examines death in a similar vein. Titled The Homestretch, it’s inspired by the last year of Eisen’s father’s life and his relationship with his home health aide, a “big, sweet, hulking guy from Ghana.” The other one is a lighter, 30-minute comedy, a satire of reality TV families.

The hardest part of being a screenwriter, he says, is “staying motivated and making sure you're not only writing every day, but writing different things. The second hardest part is being aware of what is selling and asking yourself, ‘Is this a “good” idea?’, which is tough because, of course, you think it’s a good idea. It’s very challenging to look at it from a broader industry perspective and ask yourself if it’s an idea that buyers are going to be into as opposed to just writing whatever you want and whatever moves you.”