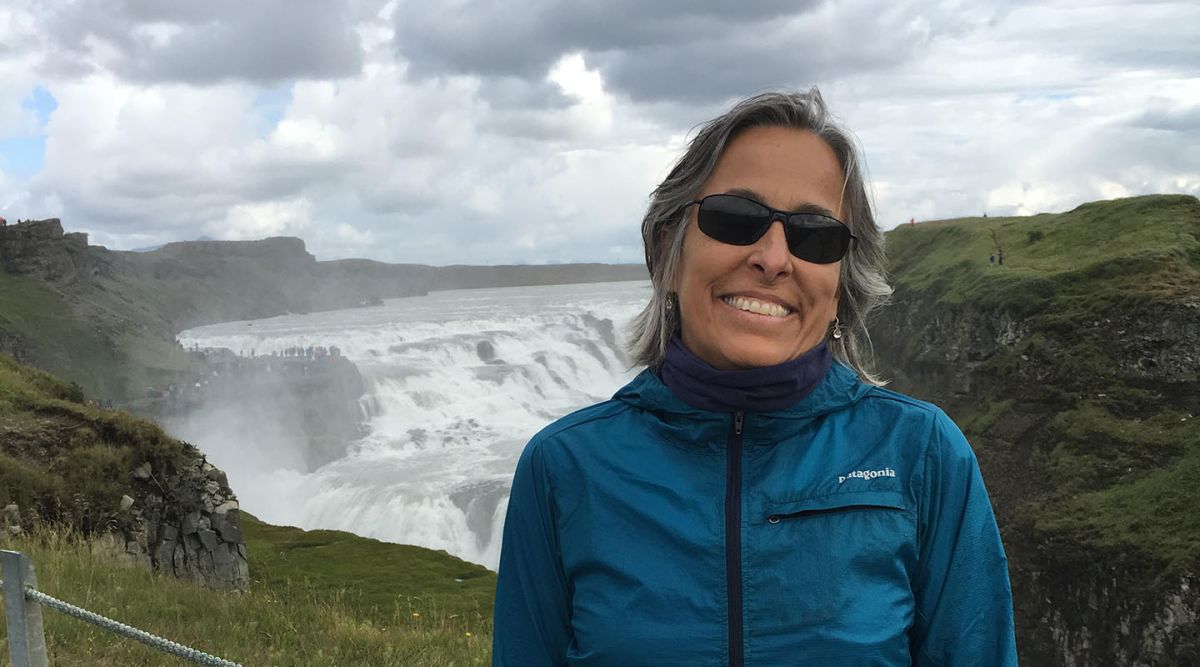 with Liz Barratt-Brown '77, Natural Resources Defense Council advisor, during the age of COVID-19

Can you tell us what you’ve been working on recently with NRDC?

My campaign team has just launched our Issue with Tissue 2.0 report, which spotlights the role that toilet paper, paper towels, and tissues play in the destruction of Canada’s boreal forest. The report has a really useful scorecard so you can see how your brand measures up. All of the major brands still use 100 percent virgin fiber in their at home products, an anachronism in the 21st century.

Every minute, the equivalent of seven NHL hockey rinks are logged, damaging a forest ecosystem of ancient trees, carbon-heavy peat soils, and a myriad of waterways. The boreal stores more terrestrial carbon than any other ecosystem, so its future is our future. It’s also the future for species like caribou, moose, songbirds, and waterfowl, and, of course, the 600 Indigenous communities that rely on it for their food and spiritual practices. Many of these communities have put forward plans to protect their traditional lands. We are supporting those and working to take the pressure off these lands by encouraging the major players to move to more recycled content or alternative fibers like bamboo or wheat waste.

Working with Indigenous partners has always been central to our work, and it is all the more important now as we wrestle with the impacts of colonialism and racism not just regarding the treatment of our Indigenous colleagues but on their removal from their lands.

How has the COVID-19 pandemic affected the work that NRDC is doing? Have priorities shifted or been curtailed in some areas?

Even though many people are working from home, it hasn’t stopped NRDC’s work. If anything, our work has expanded during this time. Exposure to air pollution may exacerbate COVID-19, so NRDC is working to make sure Americans aren’t needlessly exposed to more health risks. We have filed lawsuits challenging the rollback of fundamental clean air and water safeguards and the rush to build controversial projects, like the tar sands mega pipeline Keystone XL, while people are quarantined at home. NRDC wants to be sure Americans aren’t facing multiple threats at this time and that policy responses don’t make the climate crisis worse.

We have also worked closely with community groups to urge governors to put a moratorium on water turnoffs and to focus state responses to COVID- 19 on the most vulnerable populations. For my own work, it’s been challenging working on a toilet paper campaign while toilet paper has become scarce for so many people. But there is also a lot more interest in toilet paper than ever before, so we are going to roll with it!

Is there less public interest and support in environmental efforts since the coronavirus crisis?

For good reasons, the pandemic has consumed the nation’s attention. Ditto the protests that have risen from the horrific deaths of George Floyd, Breonna Taylor, Ahmaud Arbery, and others. But increasingly Americans, I think, will realize that we are dealing with multiple, interwoven crises—COVID-19, climate change, and the inequitable treatment of people and the environment. An increasing number of communities have experienced chaotic weather—more heat waves, more flooding and drought, more hurricanes and storms, and of course wildfires—and this year is predicted to be one of the worst for hurricanes. I think we’ll see that environment and equity concerns will be top issues in the November elections, even though we’ve been so preoccupied with COVID-19. As for support for groups like NRDC, we are definitely going to see a belt-tightening as fewer people have the funds to make donations and NRDC’s own endowment has shrunk in the marketplace.

It’s NRDC’s 50th anniversary, so what milestones stand out?

Justice William O. Douglas once queried, “Who is going to speak for the trees?” NRDC was founded in 1970 to do just that, to help pass our nation’s bedrock environmental laws and ensure they were implemented. NRDC started as a small band of Yale Law School graduates, but today counts over 700 scientists, lawyers, and policy advocates working in offices from New York to Beijing.

There are so many milestones, but one sticks out to me as an example of how “out of the box” NRDC’s work has been at times. In the early 1980s, we worked with Soviet scientists to prove that monitoring nuclear testing under the test ban treaties was possible by detonating an explosive in the desert and showing that seismic instruments could pick up the explosion. We’ve worked on challenges as diverse as closing the ozone hole over the planet, getting lead out of gas globally, saving millions of acres of forests in Canada and the U.S., removing pesticides and antibiotics from processed foods, cleaning up drinking water supplies in Newark and Flint, and saving a whale nursery in Baja, Mexico. NRDC has made a major contribution to protecting our planet. But we know we have a lot more work to do, and even though I for one have stepped back into a consulting role now, I am confident a diverse, passionate group of advocates will carry NRDC on for 50 more great years of environmental advocacy.