Menu
No post to display.
How to Train Dragons...and a Production Supervisor 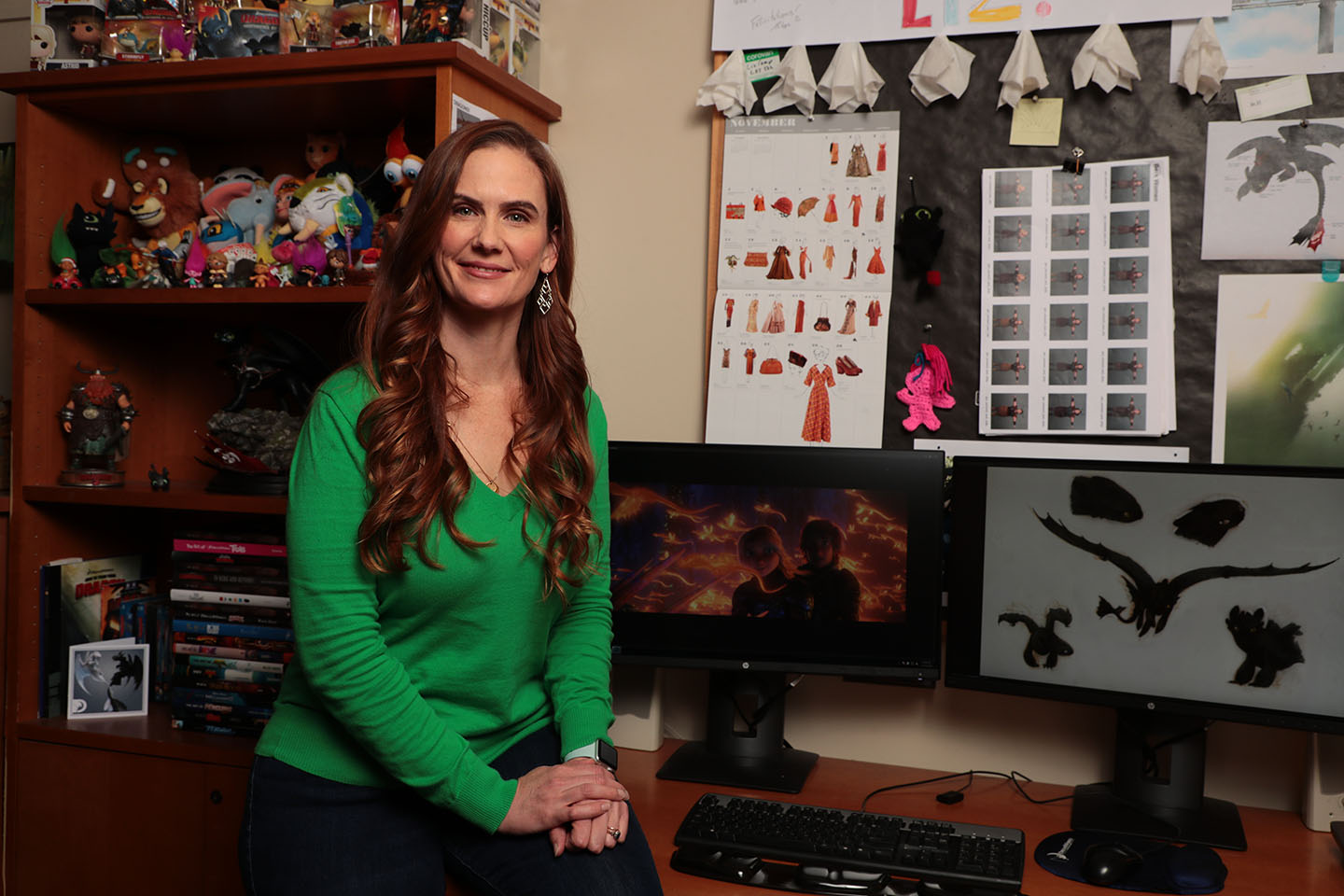 Liz Camp ’96 got hooked on video production as a student at Taft, where she production managed a series of videos for Connecticut Public Television, doing everything from managing the shooting schedule to recording the sound. She carried that love back to her hometown of Los Angeles, where her ability to multitask and her attention to detail led her to eventually become the visual development production supervisor on the popular How to Train Your Dragon series of films. But what does a visual development production supervisor actually do? Well, only everything that has to do with how a film looks, from backgrounds to main characters, and in the case of the Dragon films, even to the look of the toys produced for their many fans.

“I’ve always been very detail-oriented,” says Camp. “I can retain a lot of information and the complex web of things that need to be taken care of. I have a mental database of all the artwork,” created for the Dragons trilogy.

Camp worked on several live-action films, including Charlie Wilson’s War and War of the Worlds, but says animated films offer a better work-life balance. An animated film can take three to five years to create, she says. She now works for film powerhouse DreamWorks Animation and says she loves working with “incredibly creative people.”

“It’s amazing to inspire the imagination of children,” Camp says.

Still, there’s a lot of juggling that goes into the creation of a film like How to Train Your Dragon: The Hidden World, the third in the Dragon series, set to open this February. As visual development production supervisor, Camp works hand in hand with the production designer, crafting the look of all the characters and the digital environments of the film—in essence, everything that gives a film its look.

“It’s oftentimes a juggling act once a film is in production. Early on we are just concerned with the design work, but once animation and lighting get going, we’re making sure everyone in those departments has what they need to do their jobs,” she says. It can be a challenge “juggling all of that support, and also keeping morale up in my department, and also supporting all the partners outside of the studio—making sure everyone’s needs are met.”

But in the end it’s worth it. Especially when she hears how the film has impacted the audience. With the Dragon series, for example, the studio has received thankyou letters from parents and children for showing characters with prosthetic limbs. The film’s protagonist, Hiccup, lost the lower half of this left leg in a battle with the Red Death, and his dragon, Toothless, has a prosthetic tail fin that Hiccup made for him. “Parents are thanking us for showing a hero who is like their children,” Camp says.

“As we go from one movie to the next, the technology for creating animation is always evolving,” she says, and everything from the dragons’ skins to the texture of the cloth and leather needs to continue to look as it has in the world created for the films. In addition, as the series has progressed, each character ages as well, setting up new artistic challenges.

With production of the third Dragon film completed, Camp has been hard at work on an art book that showcases the artwork used to create the film; the book will be released by DreamWorks to coincide with the film’s February release.

“I work with amazing people—incredibly creative and funny artists,” she says. “They’re all wonderful people.”